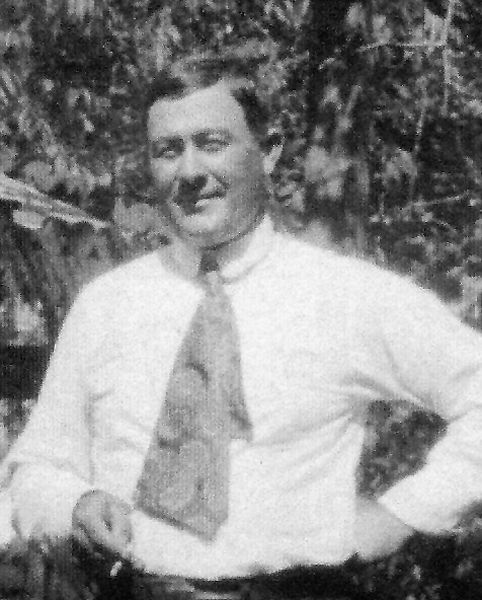 George West Musgrave (1877-1947) – Cattleman, robber, card shark, and all-around bad man, George Musgrave was born on May 27, 1877, at St. Rocky’s Ranch, in Atascosa, Texas to Bennett and Sarah Walker Musgrave. The Musgrave family ranked among Atascosa County’s more prosperous and respected citizens and George grew up comfortably on the 3500-acre ranch. The family was also known as a tough bunch of people who earned a hard living. Some of them didn’t always act respectable as they were involved in gambling, horse rustling, and cattle theft, which resulted in arrests and jailhouse stints. George’s grandfather, Joseph Walker, had a long history of dueling, fights with Comanche, and feuds with neighbors which got him involved in the Regulator-Moderator War of Shelby County, Texas in 1841 and 1842.

Growing up surrounded by work, horses, and guns, George showed his cowboy skills of riding, roping, and shooting at an early age. He also liked to show off as he put on shooting displays with a number of revolvers.

By the time he was a young man, he was known as a card shark and a dead shot. He was also described as soft-spoken, cheerful, handsome, and well dressed that appeared to be an unlikely candidate for murder and robbery. 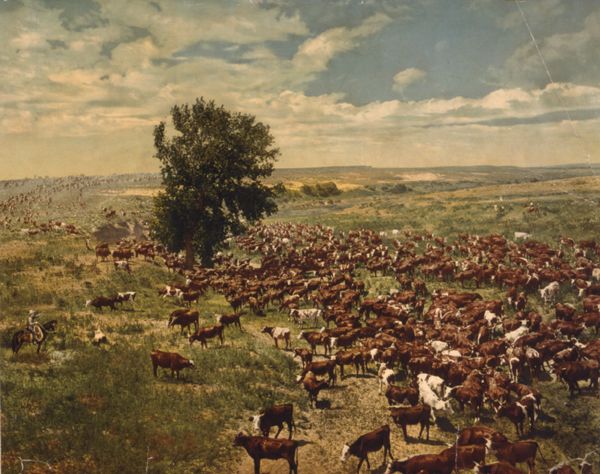 While still in his teens, George was working as a cowboy at a ranch in New Mexico where he met Bob Hayes and Code Young.

Musgrave was also “working” with a man named George T. Parker, a former Texas Ranger, in the cattle business with headquarters about thirty miles east of Roswell, New Mexico. When they were caught with some cattle that did not belong to them, Parker went before the grand jury and had Musgrave indicted for illegally changing the brands of these cattle. After being tipped off that the law was looking to arrest him for cattle rustling, he fled.

Next, George, along with his friends, Bob Hayes and Code Young, joined up with wanted outlaws, Bob and Will “Black Jack” Christian, who had fled from Oklahoma after murdering a police officer.

Musgrave appears to have been the magnet that attracted all five men into what would be called the High Fives Gang. Though there was no true leader of the band and they frequently split up before conducting their many crimes, journalists soon focused on the handle “Black Jack” and it was quickly assumed that Will Christian was the leader.

The “gang” was soon responsible for a number of crimes across New Mexico and Arizona, including robbing post offices, stagecoaches, stores, and trains. Throughout this time, Musgrave would use many aliases, including Jeff Davis, Jesse Miller, Jesse Johnson, Bill Johnson, and Jesse Williams.

On August 6, 1896, the High Fives Gang attempted to rob the International Bank in Nogales, Arizona. However, it didn’t go as planned. Once inside the bank, Will Christian pointed his gun at the cashier while Musgrave circled the counter and held the bank president at gunpoint. As the cashier stuffed the money into the bag that Black Jack had given him, the bank president suddenly made a break for the door and in the confusion, the cashier grabbed his pistol from beneath the counter and shot Musgrave in the knee. In the meantime, Black Jack Christian retrieved the bag of money but dropped it as he ran through the front door. The gang then fled and were aggressively pursued by a posse led by Sheriff Bob Leatherwood. The outlaws went in different directions with some of them crossing over into Mexico.

A few months later, Musgrove determined to keep a promise that he had made to himself. He, along with partners, Black Jack Christian, and Bob Hayes returned to New Mexico with plans to settle the score with George T. Parker, who had earlier betrayed him. 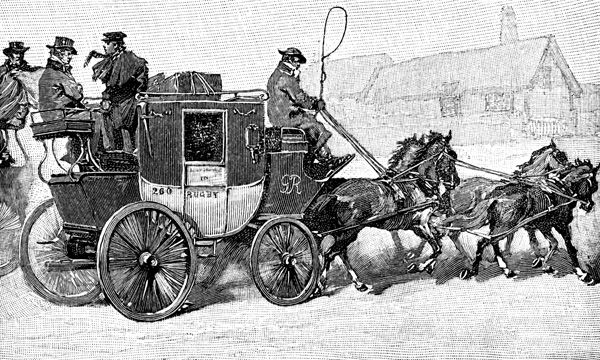 They set out for Lincoln County and came by the stagecoach road. At the head of the Mal Pais they held up and robbed the White Oaks stagecoach. They then went on to Lincoln and inquired if there were any roundups going on in the county, at which time they were informed there was one going on up on the mesa above Picacho, New Mexico, about 50 miles west of Roswell.

The men left immediately and when Musgrave arrived on October 19, 1896, he knew most of the cattlemen, having worked in the area before. He asked the cook if George Parker was with the outfit, who responded that he would be there soon. While Musgrave and his companions were eating dinner, one of the cowboys pointed to a rider coming in and said: “there comes Parker now”.

Musgrave then turned to the cowboys and said, “Boys, I have traveled one thousand miles to kill that fellow and I guess I will do it now.” Musgrave, Black Jack, and Bob Hayes rose and picked up their rifles.

As Parker arrived, Black Jack Christian said to the cowboys: “Now, this is our fight and I will kill the first man that interferes.”

Musgrave then walked out to meet Parker and told him to get off of his horse. Just as Parker hit the ground, Musgrave fired and Parker fell, mortally wounded. Musgrave then took Parker’s new saddle and he and his gang members left, taking the same route back to Arizona, again robbing the White Oaks stagecoach at the head of the Mal Pais. Deputy Charles D. Mayer immediately formed a posse to follow the men, but their efforts were in vain.

The next month, a posse caught up with the men at the Diamond A Ranch in the San Simon Valley of southwest New Mexico on November 18, 1896.  In the inevitable gunfight that ensued, Hayes was killed by lawman Fred Higgins. However, Black Jack Christian and Musgrove escaped.

Still on their tail, the lawmen tracked the fugitives to a cave near Clifton, Arizona on April 28, 1897, and when another gunfight erupted, Black Jack Christian was killed.

After the death of Black Jack, Musgrave continued to ride with Bob Christian until the pair were arrested at Fronteras, Senora, Mexico for “shooting up the town.” They were soon released due to lack of evidence.

Afterward, Musgrave maintained a low profile for several years but was erroneously given credit for many of the crimes committed in New Mexico. Marshal Creighton Foraker alerted neighboring states to watch out for Musgrave, who had settled with his family in Colorado. Foraker warned Marshal George H. Green of Dalhart, Texas: “Musgrave is an outlaw and desperado of the worst kind and I have been hunting him for the past nine years.”

Musgrave was recognized and arrested at North Platte, Nebraska on December 25, 1909. He was then returned to Roswell, New Mexico to stand trial for the murder of George Parker. In his court appearance, Musgrave was said to look “more like a senator than a cattle rustler,” as he shrewdly presented himself as an honest family man, with his wife and a new baby in tow. In the end, he was acquitted on the basis of self-defense. Parker allegedly drew first. For his performance, one townsperson remarked, “If I’d been on that jury I’d’ve give George Musgrave a medal.” He was released on June 10, 1910.  To celebrate the acquittal, Musgrave promptly left town and single-handedly robbed a train on his way to Texas. 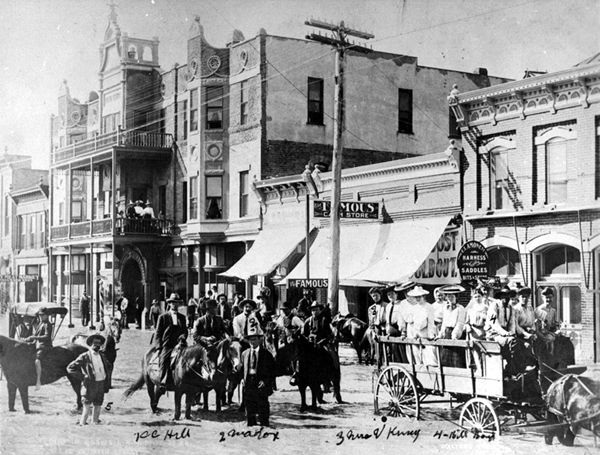 Afterward, George began to use the alias “Robert Stewart” and made his way to South America where he gained fame as a leading Gringo cattle rustler.

Ill health finally ended his infamous outlaw career that had spanned two continents and two centuries when he died in Paraguay on August 15, 1947. He was 70 years old. He was buried in Cementerio de la Recoleta.

The Regulator-Moderator War of East Texas