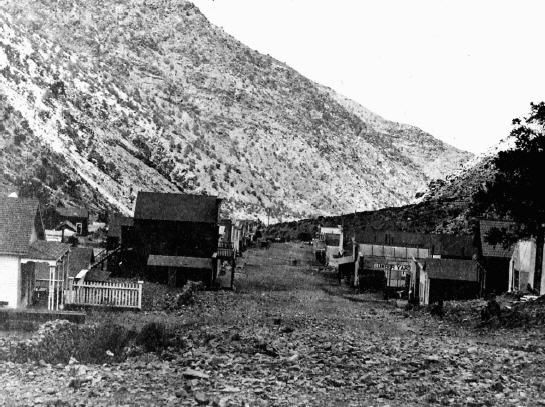 The government explorations in Death Valley and the Panamint Range of mountains bordering it on the west, bring to mind the exploits of one of the boldest adventurers among the early mining operators of the Great Basin, as this arid region was called when we were boys and studied geography back in the “States.”

The Panamint mines are situated on the Western slope of the range, and some of them on the lateral spurs running from the main summit, and at an elevation of about 9,000 feet above sea level. The summits are from 10,000 to 11,000 feet in height, and the descent on the eastern slope is very abrupt into Death Valley, which is, about opposite Panamint, 240 feet below sea level, and gives the mountains an appearance of bold and rugged grandeur.

The Panamint mines were discovered in 1872, but not brought into any notice until the summer of 1873. Some of the early prospectors bore very unsavory reputations and did not dare make much effort to attract outside capital, except through some trusted middlemen. The reasons were made obvious in concluding one of the first sales when the owners went to San Francisco to get their money. Wells, Fargo & Co’s agents were watching one of them for an old stage robbery and when the money was ready they demanded from him the restoration of $12,000, to cover losses sustained by his depredations, or an arrest would be the immediate result. He very coolly assented and asked for a receipt, and the money was paid. 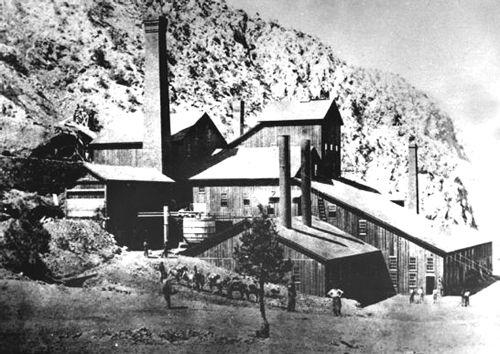 The success of selling the mines was almost wholly due to the efforts of E.P. Rains, a man who possessed the daring and dash of a Jim Fisk and who would have rivaled his achievements in finance, had he been favored with any educational attainments; but in this, he was deficient and the knowledge of it bred in him a reckless waste that was only equaled by his natural prodigality and generous impulse. He coveted money only for the pleasure of spending it and he squandered it with a recklessness that was born of the spirit of ’49 and his early associations in California.

The history of his efforts to “place” the Panamint mines on the market would fill a volume, but the main facts are briefly told as follows: This writer chanced to journey with him on his first trip, when, to reach Panamint, the trip was made from Bakersfield, California by stage, through Havilah and Walkers Pass, on the way to Cerro Gordo. At Little Owens Lake, Rains left the stage, procured a horse, and crossed the Coso and Argus Ranges, eighty miles to the outdoor camp at Panamint. He soon obtained a bond of the principal mines and returned to San Francisco. No success met his first efforts, and he had to return for samples of ore to verify his highly colored statements. He went back obtained about 1,000 pounds of handsome specimens of copper-stained ore, rich in silver and very attractive in general appearance. He could not get this carried out from Little Lake on the stage and had to send it by a slow team through the Mojave Desert to Los Angeles, nearly 300 miles distant. He wouldn’t risk it out of his sight and he went with it. Arriving in Los Angeles, his plans assumed shape. It was necessary to create a boom for the new mines in order to enlist capital. There, he again met this writer, and through him sought introductions. Rains stopped at the Arlington Hotel, then the leading one of Los Angeles, and in the barroom made a display of Panamint ore that set the town agog, and aided by his lavish expenditure of money at the bar soon created a furor. He made no effort to swell any interests there, but gained the confidence of leading citizens and got the Board of Trade to subscribe $4,000 toward building a wagon road to the new mines. 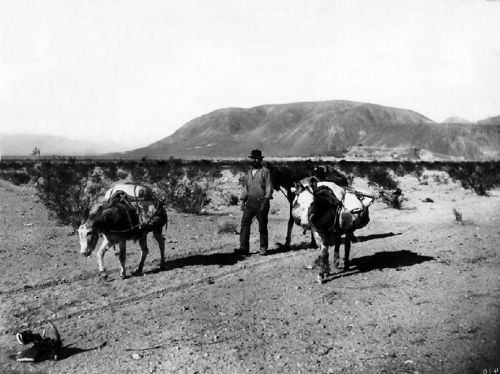 The newspapers were full of Panamint, and he blossomed into print as Colonel Rains. The news reached San Francisco, and when a week later Rains arrived and displayed his samples, he was the sensation of California Street. His money was all expended, however, and going to Senator Jones, who was just on the eve of starting for Washington, Rains pressed him for a loan and got the Senator’s check for $1,000, to aid in placing the property. Rains started out at once to “paint the town red,” and succeeded, in one night, in squandering the $1,000, and woke up in the morning in jail.

He soon found a friend to furnish bail, borrowed enough to buy a ticket, and followed Senator Jones to Washington.

Then, he presented his scheme so plausibly that the Senator let him have money in liberal sums to promote the scheme until Rains had borrowed from him $15,000. Then, to organize the company, Senators Jones and Stewart took an interest, and from that little commencement, they were dragged into the scheme and with their associates, sunk in less than two years’ time, the magnificent sum of $2,000,000. Rains made many thousands out of his operations but squandered it as fast as it came, and finally died in New York penniless and was buried by the California colony there with all the honors due to a pioneer of ‘49. Senator Jones was present and spoke of him kindly as having been “a reputable citizen of the Pacific Coast.” 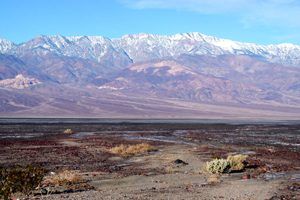