The Sugar Building – Built in 1906 by the Great Western Sugar Company, it served as their offices continually until 1986. Several years later, the building was sold and totally renovated but some of its previous tenants allegedly still continue to occupy the building.

Witnesses on the second floor have often reported the sight of hovering, ghostly balls that float through the hallways. Others have said that the basement is particularly eerie and hint at malevolent spirits lurking in the walls and arches of the basement vault. 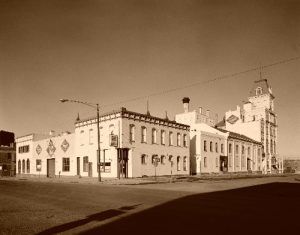 Tivoli Student Union – The union, at the Auraria Campus, combines services for the Community College of Denver, Metropolitan State College and the University of Colorado.  The Tivoli is a Denver landmark, originally serving as one of twelve buildings of the Tivoli Brewery in 1866. The building became the student union in 1994, but still today some of the large brewing equipment still remains. Today, voices and whispers are often heard throughout the building and according to reports; an elegant ghostly party can be heard coming through the vents on the third floor.

University of Denver – A couple of places are said to be haunted at the university. The most often told tales occur in Mary Reed Hall, described to be very active with paranormal phenomena. Though currently housing administrative offices, the building opened as the university’s library in 1932.

Many report having felt cold spots in rooms that are otherwise very warm, doors get stuck before magically open of their own accord, fresh light bulbs suddenly stop working, and even the ghostly image of a woman has been sighted on numerous occasions. Some say the “Mary Reed Ghost” is of Mary Reed, herself, who contributed large amounts of money to the university. Others say it is her daughter, Margery Reed, who died at a young age from an illness she contracted in South America.

The ghostly figure, often spied in the DuPont Room, is thought to perhaps be Mrs. DuPont, who’s husband contributed substantial funds for the library. Regardless of who she is her translucent image is most often seen sitting and reading in the dark in both the DuPont and Renaissance Rooms. Another story tells of a janitor who was pushed behind when locking up the building. When the custodian turned around, no one was there. When she continued to walk away, she was allegedly pushed again by unseen hands. 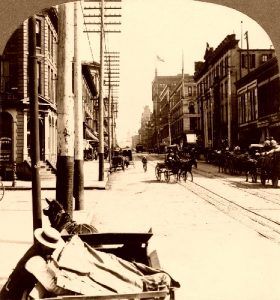 Another hot spot at the university is the Lamont School of Music, where at Dunklee Hall; a student allegedly killed herself on the second floor. Today, eerie incidents are said to occur here, including a door that quietly closes of its own accord after people have exited the room.