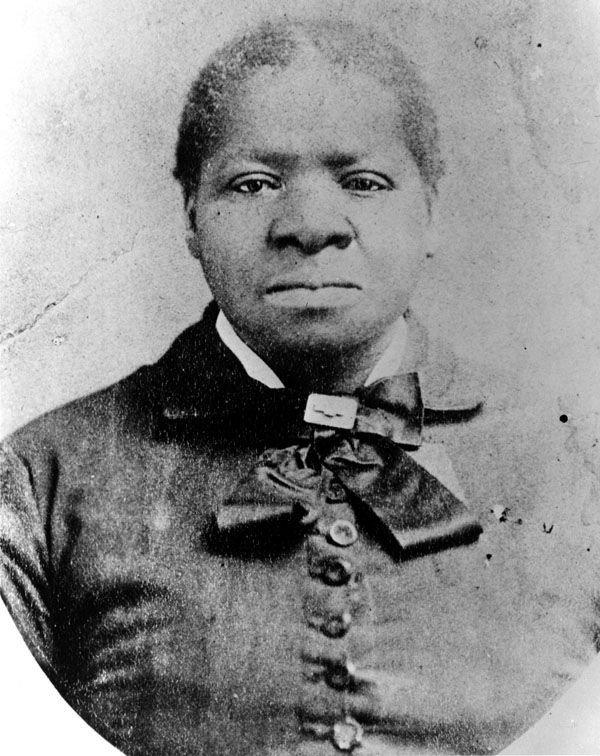 Bridget “Biddy” Mason was an entrepreneur, nurse, and one of the first African-American women to own land in California.

Bridget was born a slave in Hancock County, Georgia on August 15, 1818. She was given as a gift to Robert Smith when he married and was moved with the family to Mississippi. There, the Smiths converted to the Mormon Church, which encouraged members to free their slaves; however, Smith chose not to. They joined with other members to move to Utah in 1847. The Smiths then traveled with a group that went to San Bernardino, California in 1851.

As California was a “free state,” Smith was again encouraged to free his slaves but refused. In 1856, Smith planned to move to the slave state of Texas. Before he made the move, Bridget and other slaves escaped, but Smith caught up with them. As he was making his way out of California, a local posse stopped them. Bridget and the other slaves were then taken from the Smiths and they petitioned a court in Los Angeles for their freedom, which was granted.

Mason then worked in Los Angeles as a nurse and midwife, carefully saving her money, and became one of the first African Americans to buy real estate in the city. Continuing to invest in land, she amassed a small fortune of nearly $300,000 and became a philanthropist, helping to found a traveler’s aid center, an elementary school for black children, and the First African Methodist Episcopal Church, the city’s first and oldest black church. She died in Los Angeles on January 15, 1891.