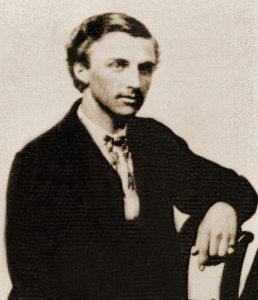 Billy Claiborne, a member of the notorious Clanton Gang of Tombstone, Arizona, was an outlaw cowboy, miner, and gunfighter. He was killed in a gunfight with “Buckskin Frank” Leslie.

William “Billy” Floyd Claiborne was born in Yazoo County, Mississippi, on October 21, 1860, and as a young man, worked as a cowhand John Slaughter, driving cattle from Texas to the Arizona Territory in 1879. Later he was working in the mines around Tombstone.

After William Bonney died in 1881, he insisted that he be called Billy the Kid. He claimed to have killed three men who laughed at this demand, though newspapers report that he only shot one man. Billy was arrested after having killed a man named James Hickey but was found not guilty and released.

A cattle rustler with Clanton Gang, he readily enlisted in the confrontation with Earp Brothers at the O.K. Corral in Tombstone. However, when the time came, Claiborne, claiming to have been unarmed, ran from the confrontation and survived the gunfight.

On November 14, 1882, Claiborne got into an argument with gunfighter “Buckskin” Franklin Leslie when the gunfighter refused to refer to him as “Billy the Kid.” Later that night, a drunken Billy returned to the saloon and called Leslie from outside to come out and fight. It was the last mistake he would ever make. In the inevitable gun battle, Claiborne was hit several times. While he lay in the dusty street, Leslie walked up to him, and Billy said, “Don’t shoot me anymore; I’m killed.”

His friends took him to the doctor, where he died six hours later. Allegedly, his last words were: “Frank Leslie killed John Ringo. I saw him do it.”