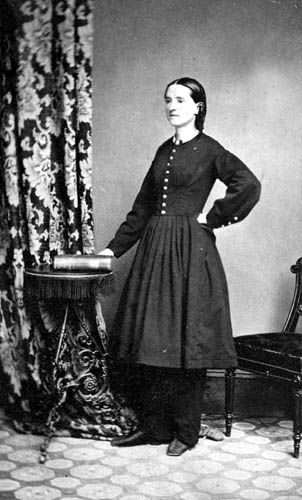 Mary Edwards Walker was a feminist, abolitionist, prohibitionist, alleged spy, prisoner of war and surgeon. Mary is also the only woman ever to receive the Medal of Honor.

Mary was born in Oswego, New York on November 26, 1832, the daughter of Alvah and Vesta Walker. One of six children, she was the youngest of five daughters and had one younger brother. Her father, Alvah, was a country doctor, an abolitionist, a free-thinking participant in many reform movements, and believed strongly in education and equality for his children. He also believed that his daughters were hampered by the tight-fitting women’s clothing of the day, so, when Mary and her sisters worked on the family farm as children, they wore boy’s clothing.

Alvah built Oswego’s first schoolhouse on his land, and Mary’s mother, Vesta was the teacher. Mary and her siblings attended the school as well as other local children. Later, she would attend the Falley Seminary in Fulton, New York and follow in her mother’s footsteps, teaching school in Minetto, New York in 1852.

But, Mary’s dream was to become a doctor and after carefully saving the money she earned as a teacher, she enrolled at Syracuse Medical College in December 1853. At the age of 21, she graduated in June 1855.  She was the only woman in her class and the second female doctor in the nation. [Elizabeth Blackwell was the first in 1849.]

Like her free-thinking father, Mary became an early enthusiast in reform movements including Women’s Rights, dress reform, and abolition. When she married another physician, Albert Miller, in 1856, she wore trousers and a man’s coat and kept her own name. The couple soon set up a medical practice in Rome, New York but the practice floundered because the public was not ready to accept a woman physician. 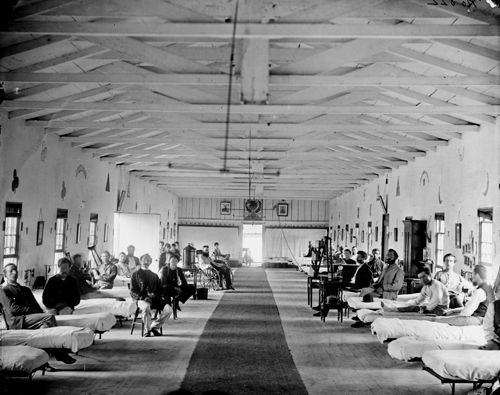 When the Civil War broke out, she was quick to volunteer her services to the Union Army. She was denied a commission as a medical officer, but, volunteered anyway, first serving as a nurse, as the Army had no female surgeons. During this time, she primarily worked as an unpaid volunteer in the US Patent Office Hospital in Washington D.C. and served at the First Battle of Bull Run.

She then began working as an unpaid field surgeon near the Union front lines — the first female surgeon in the US Army. In this capacity, she served near the Union front lines for almost two years, including the Battle of Fredericksburg and in the Battle of Chickamauga. Finally, she was awarded a commission as a “Contract Acting Assistant Surgeon (civilian)” by the Army of the Cumberland in September 1863. During this service, she frequently crossed battle lines, and on April 10, 1864, she was captured by Confederate troops and arrested as a spy. She was sent as a prisoner of war to Richmond, Virginia until released in a prisoner exchange on August 12, 1864. She went on to serve during the Battle of Atlanta.

On November 11, 1865, President Andrew Johnson signed a bill to present Dr. Mary Edwards Walker with the Congressional Medal of Honor, the United States military’s highest decoration for bravery. She is the only woman to receive the medal and only one of eight civilians to receive it. 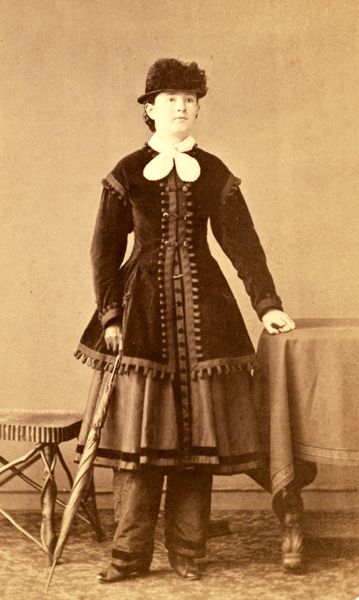 After the war, she was divorced in 1869 and worked as a supervisor of a female prison in Louisville, Kentucky, and head of an orphanage in Tennessee. She also became a writer and a lecturer supporting various reform such issues as health care, temperance, women’s rights and dress reform for women. During this time she wrote two books and participated with other leaders, such as Susan B. Anthony and Elizabeth Cady Stanton, in the women’s suffrage movement.

Sadly, in 1917, her Congressional Medal, along with the medals of 910 others, was taken away when Congress revised the Medal of Honor standards to include only “actual combat with an enemy”. However, Mary refused to give the medal back, wearing it every day until her death in 1919. Sixty years later, an Army board reinstated Walker’s medal posthumously in 1977, citing her “distinguished gallantry, self-sacrifice, patriotism, dedication and unflinching loyalty to her country, despite the apparent discrimination because of her sex.”

During her lifetime, she often wore men’s clothing, including a top hat, and was arrested on several occasions for impersonating a man.

She died from natural causes at the age of 86 on February 21, 1919, and was buried in Rural Cemetery, Oswego, New York. Her casket was draped with an American flag over her casket and she was buried in her black suit instead of a dress.

Along with thousands of other women, Walker was honored in the newly-dedicated Women in Military Service for America Memorial in October 1997. In World War II, a Liberty ship, the SS Mary Walker, was named for her and, in 1982, the U.S. Postal Service issued a 20 cent stamp in her honor. A medical facility in Oswego, New York is named in her honor, as well as a United States Army Reserve center in Walker, Michigan, and the Whitman-Walker Clinic in Washington, D.C. 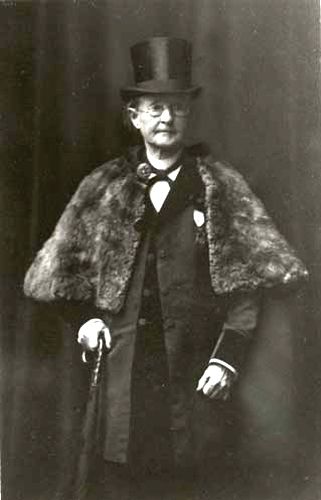