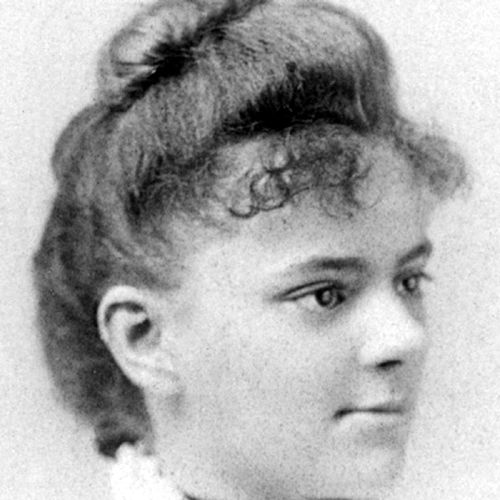 Elizabeth Blackwell (1821-1910) – Born February 3, 1821, in Bristol England, Blackwell immigrated with her family to the United States in 1832, when she was just 11 years old. Well educated as a child, her family was very religious Quakers and she grew up to become an anti-slavery proponent.

She first became a teacher, but, knew that what she wanted to become was a doctor. She took up residence in a physician’s household, using her time there to study from the family’s medical library. 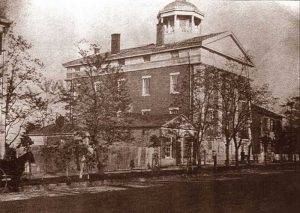 She then began to apply to a number of medical schools, but, was turned down time and time again. She was finally accepted at Geneva Medical College in Geneva, New York, but, that was a fortuitous “accident.” When the college received her application, the faculty put it to a student vote. The students thought her application was a hoax perpetrated by a rival college and voted her in. By the time they found it wasn’t a joke, it was too late.

During her training, she suffered prejudice at the hands of the professors and students alike but, in the end, would prove them wrong when she graduated at the head of her class and, on January 23, 1849,  became the first woman to earn a medical degree in the United States.

Her struggle wasn’t over; however, as she was banned from practice in most hospitals. Though she was advised to go to Paris to continue her training, she chose instead to continue training as a student midwife.

In 1857, Elizabeth, along with her sister, Dr. Emily Blackwell who had followed in her footsteps, and colleague Dr. Marie Zakrzewska, founded their own infirmary in New York, treating indigent women and children. She would go on to train numerous women as nurses in the Civil War, open the first training school for nurses in the United States, and establish a Women’s Medical College in England.

When she retired she continued to work for the women’s rights movement and published books about diseases and proper hygiene. 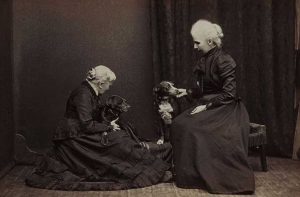 Photograph of an older Elizabeth Blackwell with her adopted daughter Kitty and two dogs, 1905.

In 1907 Blackwell was injured in a fall from which she never fully recovered. She died on May 31, 1910, at her home in Hastings in Sussex, England after a stroke. She was buried at Saint Mun’s churchyard at Kilmun on Holy Loch in the west of Scotland.