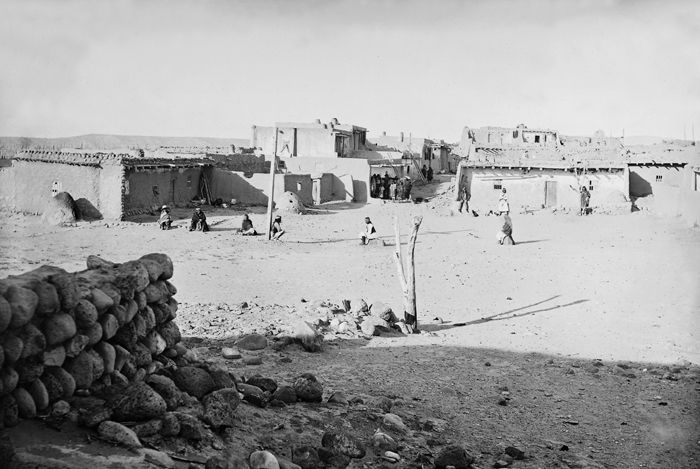 The Zia Pueblo, situated atop a basalt mesa in north-central New Mexico, comprises Keresan-speaking Indians who have continuously occupied the site since the 13th century. Over 600 years old, Zía Pueblo has two plazas, each with a kiva, surrounded by one and two-story traditional dwellings of native rock surfaced with mud. Zia Pueblo is home to the Spanish mission of Nuestra Señora de la Asunción, the construction of which began around 1694.

Archaeologists believe that the Zia people are descendants of the Ancestral Puebloan (Anasazi) people of the Four Corners region, who migrated to the Jemez River Valley sometime in the 13th century.

Located between the slopes of the Sierra Nacimiento Mountains and the San Pedro River Valley, the Zia people have long lived an agricultural lifestyle, primarily growing corn, beans, and squash in shared or common ground, to which everyone contributed. Other minor crops were grown in personal, individual gardens, such as peppers, onions, chilies, and tobacco. The people also hunted small and large game. Homes at the pueblo were built with the local basalt and mud mortar, covered in mud plaster. 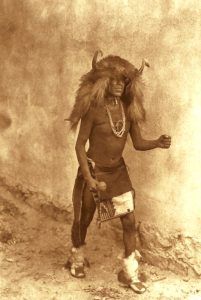 Like the other Pueblos, the Zia believe in different spirits called kachinas, who are said to visit occasionally and bring rain and clouds. Over 300 kachinas are present in their religion, and festivals and ceremonies are held throughout the year, during which men dressed as the kachinas dance among the people.

The Zia people were first encountered by Spanish explorer Antonio de Espejo in 1583. He noted that the largest pueblo was the one the natives called Tsiya, which the Spanish later renamed Zia. He also reported that the area was home to several thousand people. The Spanish explorers were impressed by the canals and complex irrigation system the Pueblo used to grow crops.

Spanish conquistador Juan De Oñate brought his Franciscan missionaries, soldiers, and settlers to New Mexico in 1598. Soon afterward, he sent out missionaries across the region, and Franciscan Fray Alonso de Lugo was assigned to Zia, who founded the mission of San Pedro y San Pablo. By 1613, a church and convent were built by tribal members. Spanish settlers and their religious orders slowly took control of the region and outlawed traditional Zia religious ceremonies. Tensions between the Spanish and the Zia and other pueblo communities built up over the following decades, eventually resulting in the Pueblo Revolt of 1680. The rebellion successfully overthrew the Spanish regime, and the Spanish were forced to flee the south. 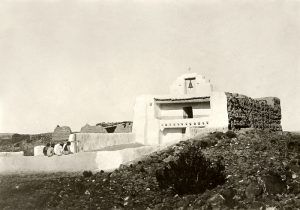 The Spanish did not return for another nine years. In 1689, Governor Domingo de Cruzate attacked the Zia Pueblo in a failed attempt to retake New Mexico. However, his attack upon Zia resulted in the deaths of 600 people, and the Spanish took 70 Zia Indians captive. Afterward, the remainder of the Zia people moved several miles to the north.

Three years later, Diego de Vargas led the successful campaign to retake New Mexico in 1692. The Zia people offered him no resistance when he asked them to move back to their original location. The church was not completely destroyed during the revolt and was assigned a new priest in 1694 named Fray Juan Alpuente. The church building was under construction by 1704. The Indian community at Zia built the church, cutting and hauling the pine vigas from the mountains for the roof and making thousands of adobe bricks. The church was renamed Nuestra Señora de la Asunción. It is unclear whether the new church was rebuilt on the foundations of the earlier building.

Over the following decades, fighting and disease took their toll among the people, and by 1892, only about 120 residents were living in Zia. 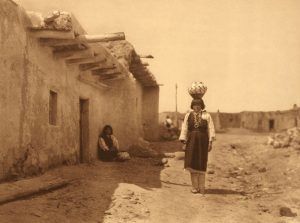 Although the Pueblo itself is inconspicuous as it blends into the landscape, its Sun symbol is familiar to all New Mexicans. It is the official New Mexico State insignia appearing on the state flag. Today the Zia Pueblo is called home to about 650 people who continue to practice agriculture and raise livestock. They also make pottery that often displays their sun symbol or a bird motif. They continue to speak the Keresan language, and many also speak Spanish and Navajo and most also speak English.

The principal festival of the year for the Zia Pueblo is the Corn Dance on the feast day of Our Lady of the Assumption in August. Wonderful traditional costumes and ceremonies make this an important event in the life of the Pueblo, which is very attractive to visitors.

In recognition of Zia’s long history and unique culture, the Zia Pueblo is listed in the National Register of Historic Places.

The pueblo is located on NM Highway 44, 16 miles northwest of Bernalillo, New Mexico. No cameras, recording, or sketching are allowed. The pueblo can be visited daily from dawn to dusk but is closed during some religious ceremonies. The community provides a tribal museum, Zia Lake, Zia Cultural Center, and shops that feature their well-known pottery. 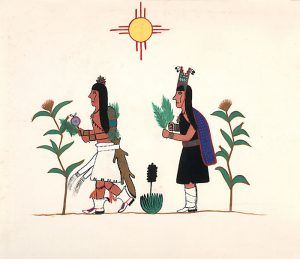