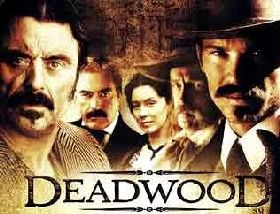 Do you ever wonder just how much of this popular series is fact and how much is tall tales made up for entertainment’s sake?

Well, it is Hollywood, and the intent is to entertain, which it did a great job of, enticing some 4 million viewers each week while it aired from 2004-2006. The award-winning show was one of the most acclaimed dramas on television.

Another fun video from our friends at Arizona Ghostriders, reviewing the 2019 Deadwood Movie.

However, a History Channel documentary it is not! Heck, even I (who rarely watches television) counted down the days until the series would start again, re-watching every show of the last season in the days preceding this year’s premiere.

Though I know that the show weaves actual characters and real events into its popular fictionalized series, I’m just not always sure when the truth ends and the fiction begins.

Well, if you find yourself doing the same thing, here are a few bits of facts and fiction that we’ve sorted out, plus a little history on those real-life characters.

Martha Bullock  – Played by Anna Gunn in the series, Martha was Seth’s childhood sweetheart. The two married in Salt Lake City, Utah, in 1874, and she went back with him to Helena, Montana. However, when Seth moved his business to Deadwood with Sol Star, Martha and their infant child, Madge, went to stay with her parents in Minnesota. After Seth got the business going in Deadwood and helped tame the lawless mining camp, Martha and her daughter came to Deadwood. The couple had two more children, and Martha became a pillar of the Deadwood community.

Seth Bullock – Hailing from Canada, Bullock started out in Helena, Montana as a young man. There, he met Sol Star, and the two began a hardware business before chasing the gold strike to Deadwood. Bullock spent most of his life as a lawman in various capacities and was a successful entrepreneur, rancher, and politician. He and his wife Martha, who became a pillar of the Deadwood community, had three children. Bullock built the Bullock Hotel, which continues to stand in Deadwood today.

Johnny Burns – While little is known about this real character, he did work for Al Swearengen at the Gem Theatre. His job at the Gem was as a Box Herder, a term used to describe the person in charge of the “girls” and keep them in line. Unfortunately, Burns was said to have been brutal on the “ladies,” beating them often.

Calamity Jane – Calamity Jane was renowned for her excellent marksmanship, preference for men’s clothing, and bawdy behavior. Jane was said to have been an Army scout, a bullwhacker, a nurse, a cook, a prostitute, a prospector, a gambler, a heavy drinker, and one of the most foul-mouthed people in the West. In June of 1876, she partnered with Wild Bill Hickok as an outrider for Colorado Charlie Utter’s wagon train, galloping into Deadwood with a shipment of prostitutes fresh from Cheyenne. Calamity Jane claimed to have been Hickok’s lover for the remainder of her days. But the record shows that Wild Bill had just recently married, and his letters home from Deadwood indicate that he was happily wedded. Calamity Jane requested to be buried next to Wild Bill Hickok when she died, and there she rests.

Dan Doherty (spelled Dority in the series) – Doherty acted as Al Swearengen’s general manager at the Gem Theatre when it first opened in 1877 and was also rough with the women. Two years later finds Doherty partnering up with a man named Johnny Cooley and opening their own saloon. Somewhere along the line, Doherty married while in Deadwood. He stayed in the camp until the late 1880s when he moved on to Nevada.

Wyatt Earp – A lawman and gunfighter from Missouri, Wyatt served as a Lamar, Missouri constable before moving to Ellsworth, Kansas, in 1873, where he was appointed marshal. A year later, he was in Wichita before moving on to Dodge City in 1876. Following the gold rush with all the rest of the fortune seekers, Morgan and Wyatt Earp came to Deadwood in September 1876 and stayed until the following Spring. Some say there was a confrontation between Wyatt Earp and Seth Bullock; however, the local newspapers of the time, which reported even the most trivial event, fail to support this account. By 1880, Wyatt was in Tombstone, Arizona, when his brother Virgil appointed him deputy city marshal. He is best known for participating in the Gunfight at the O.K. Corral along with Doc Holliday Virgil Earp and Morgan Earp. When Earp wasn’t working in a lawman capacity, he also worked as a teamster, buffalo hunter, gambler, and saloon keeper. Gale Harold plays Wyatt Earp on the HBO Series.

E.B. Farnum – Before coming to Deadwood, E.B. Farnum, his wife, and three children lived in Wisconsin. One of the first non-mining residents in Deadwood, E.B. Farnum, opened a retail store in 1876. Seeing the growth potential of the camp, he also secured claims on several other Main Street lots. Soon joining up with other area businessmen, the group financed and built the Deadwood-to-Centennial Toll Road to ensure the camp could get its needed supplies. The successful Farnum went on to invest in several Deadwood mining ventures. On August 18, 1876, he was elected mayor of Deadwood, working first to obtain official recognition for the settlement by the Dakota Territorial government. Soon, salaries and costs for maintenance were paid with new fees levied on Deadwood’s businesses. Farnum was also active as the head of the school board, which established Deadwood’s first school. He also acted as the Justice of the Peace and judge for the community. The following year, when duties began to be split up, he failed in his bid for Justice of the Peace, and about one year later, he and his family left Deadwood for Chicago, Illinois.

Samuel Fields – More often referred to as the “Ni**er General,” Fields was a “real” character in Deadwood’s history. Described with words like irrepressible, duplicatory, and candescent, Samuel Fields first appeared in Deadwood during its booming mining camp days with the many other hundreds of other men hoping to find their fortunes. The flamboyant man, who went about saying that he had been a general in the Union Army during the Civil War, was referred to by many names, including General Fields, General Darkey, and Sly-coon, as well as “Ni**er General.” Seemingly unperturbed by the racial slurs, Fields’ antics in the camp made headlines in Deadwood’s various newspapers almost immediately upon his arrival. By 1889, he was known to have been working in Omaha, Nebraska, but a year later, he was again back in South Dakota working as a bellhop in Rapid City, after which he is lost in history. Franklyn Ajaye plays the character in the series.

George Hearst – In June 1877, George Hearst, who had earlier sent agents to offer a bond to owners of the Homestake claim, buys the four-and-one-half acre claim for $70,000. George Hearst was a mining tycoon who had already made millions in Utah, Nevada, California, and Montana. The man was almost illiterate and loved poker, bourbon, and tobacco. In later life, his sole ambition was to be a politician which eventually led to the Hearst publishing empire.