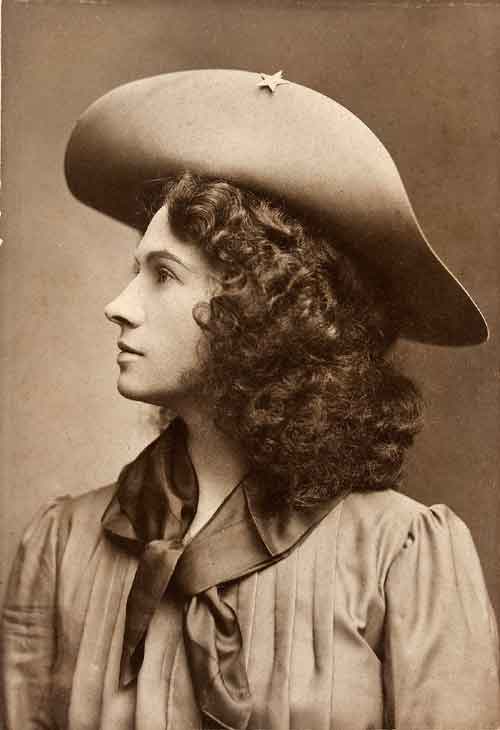 Annie Oakley was a sharp shooting entertainer during the days of the Old West who worked in Buffalo Bill’s Wild West Show. 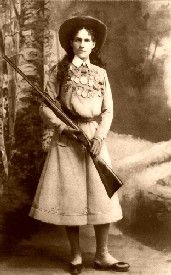 She was born as Phoebe Ann Mosey to Jacob and Susan Wise Mosey on August 13, 1860, in Darke County, Ohio, on August 13, 1860. She started using a gun when she was just nine years old, while hunting game for her siblings and widowed mother. Quickly becoming an expert marksman, she gained a reputation in her area and during the spring of 1881, defeated a sideshow sharpshooter named Frank Butler.

Butler, who was performing in Cincinnati had bet a hotel owner $100 that he could beat any local fancy shooter. But Frank didn’t know about little Annie Mosey. The hotel manager soon arranged a shooting match between the two, and Annie, who was just 21 at the time, beat him hands down. The two then began to date and were married on June 20, 1882. She is believed to have taken the stage name of “Oakley” from a Cincinnati neighborhood where the couple lived.

Though she started as Frank’s assistant in his traveling show, she soon became the star of the performance. In 1885, she joined a more popular show, that of Buffalo Bill’s, with husband Frank acting as her business manager. Though badly injured in a railway crash in 1901, she continued to set records into her 60’s. At the age of 66, she died of pernicious anemia on November 3, 1926. Her husband, Frank Butler, died just 18 days later. 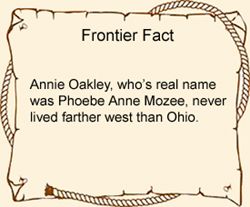