Fort Concho, Texas, was established in 1867 along the banks of the Concho River, which was then at the junction of the Butterfield Trail, Goodnight Trail, and the Road to San Antonio. Constructed under the guidance of Captain G. Hunt and the 4th Cavalry, the post’s objective was to protect frontier settlements, patrol and map the vast West Texas region, and quell hostile threats in the area. It replaced Fort Chadbourne, located in present-day Coke County, when it was abandoned due to chronic water shortages. The site itself was chosen for its strategic location at the junction of the North and Middle Concho Rivers and because there were five significant trails in the vicinity. 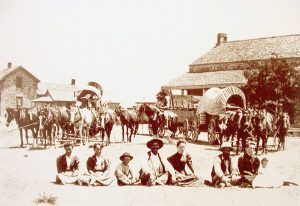 Several buildings had been completed by March 1, 1870, including a commissary and quartermaster storehouse, hospital, five officers’ quarters, a powder magazine, and two barracks – all built of sandstone. Construction continued for the entire existence of the fort, and it was deactivated before it was ever actually completed. In the end, the fort contained at least 40 buildings and covered more than 1600 acres.

The post supported as many as 500 troops at its peak, including famous frontier units like the 4th and 10th Cavalries. Notable military commanders included Ranald Mackenzie, William’ Pecos Bill’ Shafter, and Benjamin Grierson, who commanded several regiments of buffalo soldiers of the 10th Cavalry.

In addition to protecting settlers, stagecoaches, wagon trains, and the United States mail, the troops also participated in several successful campaigns against the Comanche Indians. They played an essential role in suppressing illegal profiteering between the Mexican and American traders known as Comancheros. 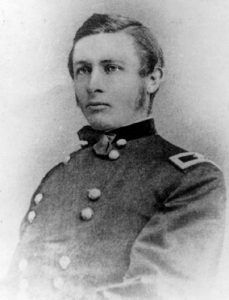 In September 1872, Colonel Ranald S. Mackenzie and his troops, familiarly referred to as “Mackenzie’s Raiders,” successfully attacked a sizeable Comanche camp, killing 23 warriors. When the battle was over, 127 women and children were marched to Fort Concho, where they were imprisoned through the winter in the stone corral. In the spring of 1873, the women and children were then sent to the Indian reservation near Fort Sill, Oklahoma.

On September 28, 1874, Mackenzie led his raiders on another campaign to destroy a large Indian encampment in Palo Duro Canyon. Mackenzie’s troopers formed part of the Red River Campaign of 1874-75, organized to force the Kiowa, Cheyenne, and Comanche to return to the reservations. On September 28, Mackenzie’s scouts followed the Indian trail to the edge of Palo Duro Canyon before the soldiers descended the steep slopes to the valley floor 700 feet below. Taken by surprise, the Indians abandoned their villages, allowing Mackenzie to capture more than 1,100 horses that were later slaughtered to prevent recapture. Although few Indians or soldiers were killed, the unrelenting pursuit of the troopers and the cold weather ultimately forced the Indians to surrender, thus bringing to a close the Red River War.

By the late 1880s, the railroad had arrived in the area, the vast majority of hostile Indians had been placed on reservations, and military protection was becoming unnecessary. The few remaining soldiers left the fort for the last time on June 20, 1889, headed to San Antonio. 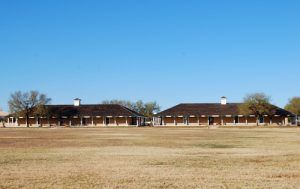 The acreage and buildings were later sold to a private individual. However, by the early 20th century, interest was increasing to preserve the fort. In 1935, the City of San Angelo, Texas, purchased the land and buildings. Over the years, the structures were restored, and others rebuilt. It was designated a National Historic Landmark in 1961.

Today, the old post includes 23 buildings, including the post headquarters, officers’ quarters, barracks, post-hospital, stable, schoolhouse, and others. The site also features several museums, including the Fort Concho Museum, which provides regular and changing exhibits in many of the restored buildings. The visitor’s center is located in Barracks 1 and includes a gift shop. Special living history reenactments are held throughout the year. In the old Officers’ Quarters No. 4 Building, is housed the E. H. Danner Museum of Telephony, and the Robert Wood Johnson Museum of Frontier Medicine is located in the post-hospital building. 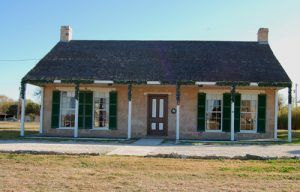 In addition to the staff and many visitors to this historic site, other unearthly “people” are also said to continue to linger throughout the fort. The most haunted buildings are situated on “Officers Row,” where the spirits of previous commanders allegedly remain.

Colonel Ranald S. Mackenzie reportedly lingers at his old home at the center of Officers Row. Said to have been extremely fond of the house, he has been seen by visitors and staff alike. Staff has heard the sounds of mysterious footsteps when no one is present. Others have heard knuckles cracking, which was a common habit of the old colonel.

In the old home of Colonel Benjamin Grierson, Officer Quarter 1, the ghost of his 12-year-old daughter has continued her residency in the home. Unfortunately, Edith, familiarly called “Eedie,” died in September 1879 of typhoid fever after weeks of being ill. Over the years, she has been often spied playing the game of Jacks, which was her favorite in her lifetime. Those who have seen her report that the room is very cold when they enter, and when the startled visitors spy her apparition, the girl turns and smiles before returning to her game. Objects have also been said to have been mysteriously moved in the room, and some have spied jacks lying about. She has also been seen standing on the staircase in a long peach-colored dress. Others have reported the sounds of a ball bouncing and footsteps on the staircase, doors slamming shut of their own accord. 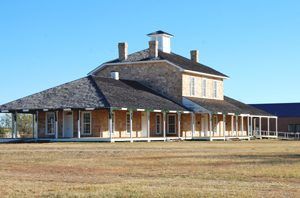 The post headquarters has also seen paranormal activity. Reporting sightings of a shadowing soldier, staff believe that this is the spirit of Second Sergeant Cunningham, who was the only soldier to ever die at Fort Concho. Cunningham, who was a chronic alcoholic, died of liver disease. His ghost is said to be opposed to females in the building.

Other ghosts have also been seen and heard around the old post, including the disembodied voices of Chaplain Dunbar and an unidentified officer’s wife at the post chapel, strange lights coming on in the night, and some report seeing a soldier who likes to wander about the neighborhood outside the fort.