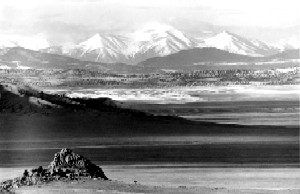 In July 1864, Jim Reynolds and eight Confederate raiders launched the only invasion of the Colorado Territory during the Civil War. Their hope was to rob the gold mines of the area to help finance the Confederate cause.

Immediately up to no good, the gang attacked the ranch of Adolph Guirand on July 24, 1864, stealing his horses, cash, and molesting his wife.

They then headed to Dan McLaughlin’s stage station, about eight miles out of Fairplay, where the town of Como is today. Stealing cash, a gold watch, and the horses, they made off with about $3,000. Then heading over Kenosha pass toward Denver, they again robbed the Michigan House stage stop, taking more horses.

A gentleman by the name of Mr. Berry began to warn everyone of the gang and their thievery trying to raise a posse without success. Not to be deterred, Mr. Berry followed the gang as far as the Omaha House stage station near the present-day town of Conifer. From the Omaha House, the gang headed towards Shaffer’s Crossing. 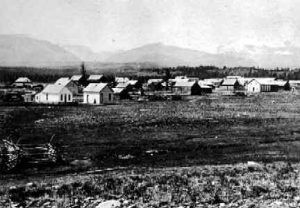 Finally, a posse was organized and on July 30, 1864, the outlaws were spotted camping in a forest. A gunfight quickly ensued, leaving one outlaw by the name of Owen Singleterry dead. One posse member, a Dr. Cooper, cut off Singleterry’s head, took it back to Fairplay and preserved it in alcohol, where it supposedly remained for many years.

The gang buried their loot and split up, fleeing the area. It was estimated that the gang had taken somewhere between $5,000 and $100,000 and area locals blamed them for every robbery within miles.

An even bigger posse was raised to capture the fleeing bandits. About seventy-five men were dispatched to find the thieves and just four days later, four of them were captured. Outlaw, Tom Holliman, was caught just days later as he made his way to Canon City, Colorado. However, Jim Reynolds, his brother John, and another bandit escaped to New Mexico.

As the five captured bandits were being taken to Fort Lyon, the first stop on their way to Denver for a military trial, a fight ensued. Three of the outlaws were killed and two managed to escape.

Years later, John Reynolds lay dying of gunshot wounds suffered during a horse theft in Taos, New Mexico. However, before he died, he shared the story of how the gang had buried their loot, to fellow outlaw Albert Brown. He also drew a map, which showed the site of the ambush and the vague location of the treasure. After Reynolds died from his wounds, Brown and his partners traveled to the South Park area, trying to find the treasure. When they arrived at the site, they were disappointed to find that a forest fire had destroyed many landmarks. While they found an old white hat that supposedly belonged to the decapitated Singleterry, a headless skeleton, and horse bones in a swamp, they were unable to find the rocked-in prospect hole. Brown and his partners made three more attempts to find the treasure, but finally gave up and returned home. Albert Brown later died in a drunken brawl in Laramie City, Wyoming Territory.

However, before he died, he either gave or showed the map to a Detective David J. Cook, a Colorado Lawman. In an autobiography by Detective Cook, published in 1897, Cook quotes Reynold’s conversation with Alfred Brown as follows: 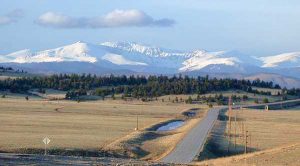 “Jim and me buried the treasure the morning before the posse attack on Geneva Gulch. You go up above there a little ways and find where one of our horses mired down in a swamp. On up at the head of the gulch we turned to the right and followed the mountain around a little farther, and just above the head of Deer Creek, we found an old prospect hole at about timberline. There, we placed $40,000 in greenbacks, wrapped in silk oilcloth, and three cans of gold dust. We filled the mouth of the hole up with stones, and ten steps below, struck a butcher knife into a tree about four feet from the ground and broke the handle off, and left it pointing toward the mouth of the hole.”

By all accounts, the money remains buried somewhere in the South Park area.

I have found that there were three parts to the treasure of the Jim Reynolds gangs lost treasure. I have also found a crude map of the old South Park area which I made from the three parts. If anyone was reading the three different stories of the Reynolds gang they would have found that two of the outlaws were never accounted for until now when you put them together but were reunited with Albert Brown. Yes, the treasure is still there, but it has something to do with the Appaloosa horse that one would not think of in the story. When all of this is said and done I believe that this treasure will be found and hopefully, it will be. Just think, after 142 years, there is finally a way to find it. And it was as plain as could be. – Carolyn, March 2006