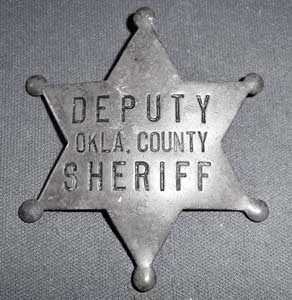 A full-blooded Potawatomi Indian, Peter Anderson was deputized for an Oklahoma County, Oklahoma posse to assist officers in apprehending a cattle rustler. He was killed in the line of duty.

Peter Anderson was born in 1845 in Peoria County, Illinois. He was the second son of John Anderson. Sr., and Mary (Trombly or Trembley) Anderson. In addition to an older brother, John Charles, born December 24, 1837, there was a sister whose name and age are unknown.

Pete Anderson’s father, John, died in Peoria, Illinois in 1847, when Pete was about two years old. Afterward, his mother moved the family to Council Bluffs, Iowa where many of the Pottawatomi had been removed. In 1848, Pete’s mother died and in about 1850, Pete and his brother, along with their grandmother, Archange Wilmot Trembley and the rest of the tribe were removed to the Silver Lake, Kansas area.

When Pete’s brother John Anderson grew up, he married Elizabeth Hardin, also a Potawatomi and later Pete married Elizabeth’s younger sister, Julia Hardin. In the spring of 1871, Pete and Julia, along with the John Anderson family were among the first seven Potawatomi families to move to a new reservation in present-day Pottawatomie County, Oklahoma. The families traveled to Indian Territory in 14 covered wagons. After their arrival, Pete and Julia Anderson had seven children. Unfortunately, Julia died when the last child was born. Their oldest child, Isabel, then age 11, tended after the younger children with the help of family members. After the death of his wife, Pete continued working his family’s farm near present-day Choctaw, Oklahoma.

Prior to statehood, Oklahoma served as a haven for many legendary fugitives and cattle thefts, bank robberies, and murders were common.

On December 25, 1890, Oklahoma County Deputy Sheriffs Frank Gault and Charles Gilbert held arrest warrants for a Pottawatomie County man named John Bly for cattle theft and selling whiskey. Bly was described by the Evening Gazette as “being a crack shot. He’s powerfully built with a clear, cold deliberate eye which tells of the dogged determination that slumbers in his soul.” Bly and his cohorts had a reputation of harassing settlers and cattlemen, and their wrongdoings went unabated for many years.

Once the two officers arrived in the neighboring Pottawatomie County, they deputized Pete Anderson, who lived near Choctaw, and another man named Frank Cook, also from the area, as posse men. 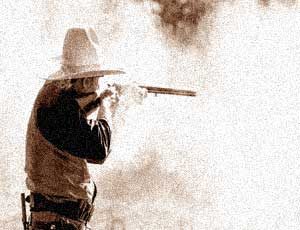 As the deputies neared Bly’s ranch, about seven miles east of Choctaw,  they heard the sounds of gunfire, dismounted and began to sneak through the tall grass to see what was going on. However, their actions were obviously not stealthy enough, because suddenly John Bly opened fire on the officers, his first shot hitting Pete Anderson in the head and killing him instantly. The other officers returned fire, wounding Bly, who surrendered, was arrested, and taken to jail in Oklahoma City. The following day, Sheriff C.H. Deferd and Deputy Gault returned to the area and arrested the murderer’s brother, Givens Bly and brother-in-law, Dick Burchfield as accomplices.

“Yesterday afternoon while the chimes of a merry Christmas were still ringing in the ears of the children of this world another bloody crime was recorded on Oklahoma’s sanguinary calendar. Another man was killed and to-day seven little children in his home mourn for him and refuse to be comforted.”

After arresting John Bly, authorities took him temporarily to Kansas before transferring him to the federal prison in Guthrie, Oklahoma, to await trial. However, Bly died of tuberculosis in prison before he came to trial.

In the meantime, Peter Anderson was buried and most of his children were then sent to live at the Sacred Heart Mission. The whereabouts of his grave is unknown but is believed to be in Elmwood Cemetery, on land once owned by Pete’s friend, Frank Cook, who was with him at the end.

Many years later, Peter Anderson was honored on the Oklahoma Law Enforcement Memorial on the west grounds of the Headquarters of the Oklahoma Department of Public Safety at N.E. 36th Street and M. L. King Avenue in Oklahoma City.

“Pete Anderson, the man killed, is well known in this city by a great many of the businessmen who speak the highest terms of him.” “He was a man of considerable means and well known all over the Potawatomi country.” 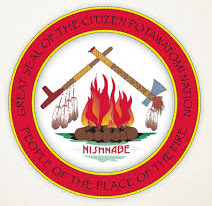