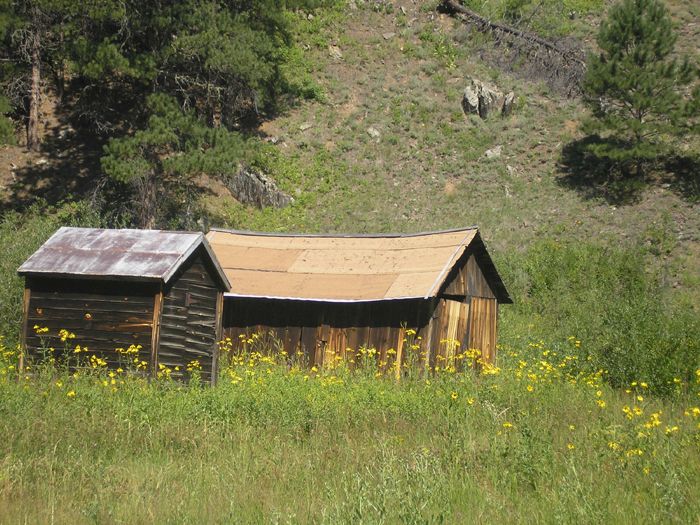 Buildings in the ghost town of Mystic, South Dakota by Kathy Weiser-Alexander.

The old mining camp and railroad town of Mystic, South Dakota is located along Castle Creek in Pennington County.

In 1874 George Armstrong Custer’s 1,000-man Black Hills Expedition explored the valley where Mystic would later be settled. The next year, geologists found gold on Castle Creek, which started the Black Hills Gold Rush. In 1876, a small mining camp was established on Castle Creek that was first called “Sitting Bull.” By 1879, it was called home to about 100 people but never grew larger as miners soon spread out to richer mining claims, especially those farther north at Deadwood and Lead. By that time, the Black Hills were bustling with mills, shafts, sluices, flumes, cyanide pits, and assay houses. 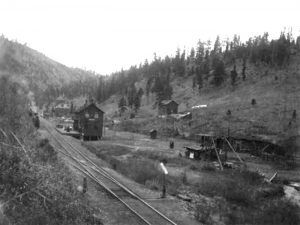 Placer mining kept the Sitting Bull camp in business and, in 1885, when a post office was established, the town’s name was changed to Mystic, probably after the town of Mystic, Connecticut.

In 1889, the Chicago, Burlington & Quincy Railroad, the first line into the Black Hills, was built through the area and a station was established at Mystic. The arrival of the railroad spurred further mining activity and by 1895, Mystic supported a 10-stamp mill. One of the most successful mines in the area was the Fairview Mine, located about a mile from the townsite. 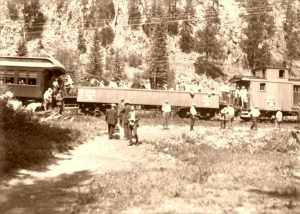 In 1900, Rapid City businessman James Hartgering and investors from Chicago, Illinois planned to build a reduction mill in Mystic, pouring about $1 million into the project. The four-story Mystic Reduction Mill was built beside the railroad tracks, utilizing a state-of-the-art electro-cyanide process. When it was put to work for a trial, the crushed ore settled and solidified in the tanks. But, the investors were determined to show that the process had shown promise in other parts of the country and shipped more machinery to renovate the mill. By 1901, the mill had the capacity to process 150 tons of ore each day. To support the large workforce that was needed to run the mill, many support buildings were constructed.

In 1906, Mystic received a second railroad when the town became the western terminal of the Rapid City, Black Hills and Western Railroad. Better known as the Crouch Line, the 34-mile route from Rapid City traveled steep grades, made 14 complete circles, and crossed 100 bridges before arriving in Mystic. Mystic was soon busy transporting coal in from Wyoming, and timber and gold ore out of the Black Hills. Though a flood washed out all but five of the bridges in 1907, they were soon replaced and the railroad line was operating again. 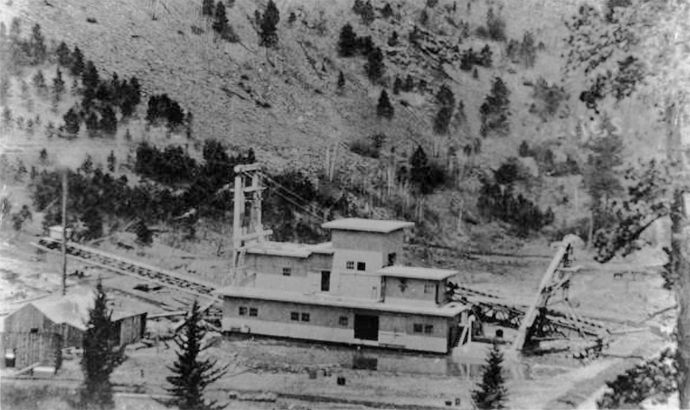 In 1909, the first electric placer-mining dredge in the Black Hills was utilized in Mystic. The 78 buckets on the dredge worked continuously to dig up the gravel creek, moving some 55,000 yards of earth per month. However, this operation soon proved too costly, and after just a few months, the dredge was dismantled and shipped it to Oregon.

Though the mill was said to be 95% efficient during its operation, it didn’t regularly operate. It charged about $6 per ton, with a 75¢ freight charge. Though the reason for its irregular operation remains unknown, administrators blamed customers, who said they were unable to transport large amounts of ore to the mill. At the same time though, there were reports of several management changes as they tried to make the mill successful. In the end, the mill was shut down and the equipment was moved to Glendall, near Keystone, South Dakota. The mill was demolished in 1913. 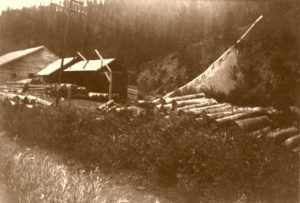 In 1918 the entrepreneurial Sanford brothers built a sawmill on the old foundations of the Mystic Reduction Mill. Just a year later, the sawmill was purchased by George Frink, who would operate it for the next 33 years. In the early years, horses were used to pull the logs from their point of origin to his sawmill, and the finished products were shipped on the railroad. Once the automobile and larger trucks were manufactured, the logs and finished product were usually shipped by truck. Over the next years, the sawmill became the economic mainstay for the town as mining declined.

The automobile also increased travel to the Black Hills and the tourist industry began to flourish in the 1920s. As a result, George Frink built a number of cabins for the many people passing through the area. During this time, even President Calvin Coolidge and his wife Grace passed through the town when they arrived by railroad to visit a friend who had a cabin nearby in 1927. 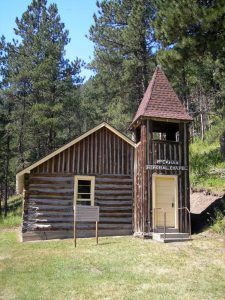 In 1930, the McCahan Memorial chapel was built by the Presbyterian Church and named for a woman from Philadelphia, Pennsylvania who provided the funds. Frink’s Sawmill and the men of the community supplied the building materials and labor. Regular services were held until 1952. Today, the building is sometimes still used for weddings and other religious events.

Frink’s Sawmill continued to operate through the Great Depression and, as he also owned a store in town, he allowed his employees to purchase supplies that could be deducted from their pay and worked out bartering systems with the loggers, who didn’t work full-time. Frink also had other issues to overcome during these years as floods often destroyed parts of the railroad tracks as well as lumber stored at the sawmill. Another blow came when the sawmill was destroyed by fire in 1936, but once again Frink persevered and rebuilt the mill.

However, Mystic went into a steady decline after World War II due to the dwindling of timber and the need for coal. The Crouch Line ceased operations to Mystic with the last passenger train departing in July 1947.

A few years later, George Frink closed the sawmill in 1952 and sold the equipment, marking the end of Mystic as a flourishing community. Afterward, the sawmill building was torn down. The post office closed in 1954.

Though the businesses and most of the people were gone, the Chicago, Burlington & Quincy railroad continued to carry freight through the area until 1983. Afterward, the tracks were removed. 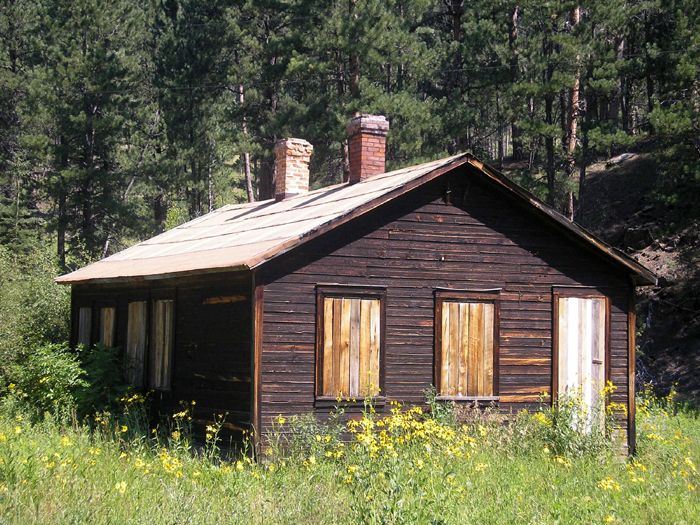 An old building in Mystic, South Dakota by Kathy Weiser-Alexander.

The Mystic Townsite District was named to the National Register of Historic Places in 1986. It includes 14 buildings including a granary, boardinghouse, office, tourist cabins, sheds, and chapel. 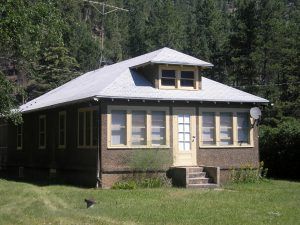 Mystic is located off of a gravel road 12 miles north of Hill City. The gravel road also leads to Rochford, another popular mining camp, just 7.5 miles to the northwest. The trip to Rochford is well worth the time, as it has even more historic buildings to accompany its history.