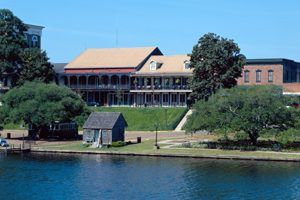 The Cane River region of Louisiana is home to a unique culture; the Creoles. The nearly 300-year relationship between the Cane River Creoles and their homeland was shaped by the river. This relationship was tested by flood, drought, war, and numerous other obstacles. Luckily, their resilience and resourcefulness have allowed the Creole culture to endure and thrive.

In 1690, French explorer Henri de Tonti arrived in the Indian village of Natchitoches. In 1714, three years before New Orleans was founded, another Frenchman, Louis Juchereau de St. Denis, ordered the first substantial dwellings to be built in Natchitoches. This established the first permanent settlement in what became the vast Louisiana Purchase Territory. 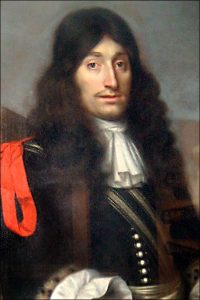 As the settlement grew, active trade began with the Spanish. When Natchitoches became an outpost for the Spanish government in 1764, there was little concern for the colony’s French Creoles. They had been trading with the Spanish since the founding of the city. This became part of the United States in 1803, and by this time, Creole planters were building more pretentious structures using traditional “bousillage” construction (a building technique that used wood frame, e.g., upright and angular posts, infilled with Spanish moss and mud). The city of Natchitoches continued as an important trading and navigation center on the Red River. In 1825 the Red River began changing course and continued to do so until 1849 when the old river channel was abandoned and Cane River Lake was formed. Steamboat traffic to the city was possible only during periods of high water.

The plan for the city was developed from property lines radiating from the river. In the late 1700s, these property lines became streets and later were intersected by other streets forming rectangular blocks. The area retains the atmosphere of a rural town with well-kept lawns and homes. Pride of ownership in this area is evident, and in recent years restoration work has been undertaken by private individuals. The business and residential areas are clearly defined due to early zoning restrictions. Front Street, which stretches the length of the business district, is brick paved and overlooks Cane River Lake. The bank is terraced down to the river and landscaped with crepe myrtles and oaks. Most of the opposite bank, also landscaped, belongs to the city. The area in the old town section is low density. Old trees dot the landscape in the business district. Buildings that have gone up in recent years have been designed to be compatible with the surroundings. Only those streets that run east and west are straight. Other streets are narrow and crooked, giving the appearance of quaintness since most of the dwellings were built at angles to the street. The historic district has a mixture of architecture from the 18th, 19th, and early 20th centuries. About 60 buildings and places of interest or historical note are located within the district.

This building was originally constructed in the early 1800s. Home of Alexis Cloutier, for whom Cloutierville was named, and later Kate Chopin, American author of Creole stories, it is an example of a raised Louisiana cottage illustrating French construction methods. The structure represents a typical house used in small rural communities by Creoles. The complex includes a restored blacksmith shop, a building that served as a doctor’s office, and other relics of past life in the Cane River area. 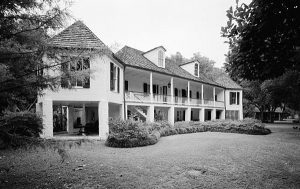 Established in 1796 by a former slave who became a wealthy businesswoman, the plantation was developed by Creoles of color over several generations. A number of famous artists, including Clementine Hunter, and writers, including Francois Mignon, spent time at the plantation.

Today the buildings of Melrose Plantation include the big house, the African house behind it, the yucca house, the Ghana house, the writers’ cabin, the weaving house, the bindery, and the barn. The African house, an unusual structure with an umbrella-like roof, and Ghana house contain features that are similar to structures in the Caribbean and Africa. Except for the writers’ cabin, the weaving house, and the bindery, all the buildings are on their original sites. The three exceptions were moved to Melrose by Mrs. Cammie Garrett Henry, the last private owner. They are old buildings from the vicinity but not original to this plantation.

The Spanish founded this presidio in 1721 to check French expansion into east Texas. It played a part in maintaining the international balance of power between Spain and France. This presidio served as an administrative capitol for the province of Texas from 1751 to 1770 before being abandoned in 1773. Los Adaes, or Nuestra Senora del Pilar de los Adaes, is one of the few Spanish presidios in the borderlands that has not been affected by modern agricultural practices or urban expansion. The site of the main presidio and associated buildings is owned by the state; the mission site is located on private land and is currently used as pastureland. The presidio remains are located on a low ridge. The area of the site is an open field surrounded by pine forest. It has never been cultivated, and archeological remains are abundant and in place. Los Adaes provides opportunities to study, research, and interpret life at a Spanish colonial frontier settlement, including European-Indian interdependency.

Fort Jesup was the most southwesterly military outpost in the United States from its establishment in 1822 until the Mexican War. In March 1845, Texas was offered admission to the Union and Gen. Zachary Taylor’s “Army of Observation,” stationed at Fort Jesup, was ordered to hold its troops ready to march into Texas. After Texas joined the Union, Taylor was ordered to move into the new state.

After the sale of the lots and buildings of Fort Jesup at the auctions of 1850, 1875, 1880, and 1885, the great stone and log garrison structures were torn down, removed, or gradually deteriorated. By 1929 only one building remained the kitchen. The roof and floor were nearly all gone, and the crumbling foundation threatened the collapse of the entire structure.

Local interest in the history of Fort Jesup provided funds for the restoration of this building. In replacing the roof, hand riven cypress boards were used and the original handwrought hinges and nails reused. The old rock chimney was rebuilt, decaying members were replaced with hewn logs, and sills were replaced where needed. A new floor of rough oak boards was laid and the stone foundation was also replaced. The extent of the park around this structure was 3 acres.

In 1957, Fort Jesup State Monument was established, consisting of 20.5 acres. The original restored building was refurnished with period reproductions and authentic pots, pans, and utensils. One of the officers’ quarters has been reconstructed for use as a visitor center and park administrative office, with exhibits designed to tell the story of the fort. The area has also undergone extensive landscaping. 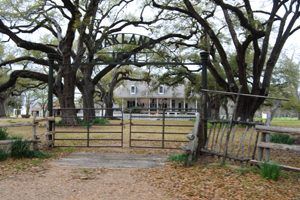 The plantation house of Jean Pierre Emmanuel Prudhomme was most likely constructed by slaves beginning in 1821. It has been occupied by seven generations of the Prud’homme family. Many of the original outbuildings for this plantation are intact. Many of the surviving structures including the French colonial main house are examples of bousillage construction. Also important is the landscape, which contains an 1835 bottle garden, a formal entranceway, and intact agricultural fields.

The plantation setting is open and flat, and the only change in elevation occurs at the riverbanks, where there is a drop of a few feet. The only intrusion in the area is a small metal truss bridge; however, this is not a major feature in the landscape.