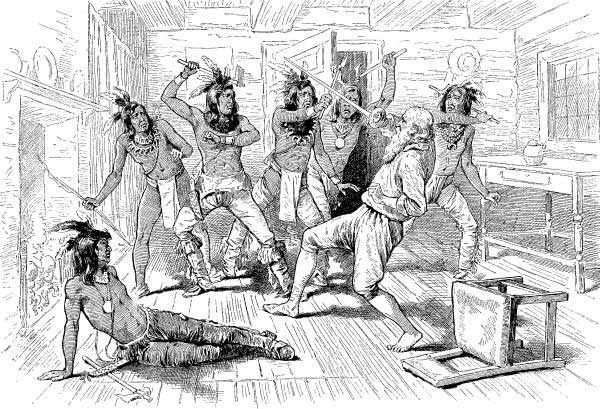 King William’s War, also known as the Second Indian War and the First French and Indian War, was an armed conflict between England and France in North America in the 17th century. The war in America was an extension of the Nine Year’s War in Europe, also known as the War of the Grand Alliance, a battle for the English throne.

The war was largely caused because the treaties and agreements reached at the end of King Philip’s War (1675–1678) were not adhered to, and the French and English were fighting over control of the fur trade in North America.

During this time, neither England nor France thought of weakening their position in Europe to support the war effort in North America, and the colonists were largely left to fight the battles on their own. These settlers divided in support of their mother countries and, together with their respective Indian allies, assumed primary responsibility for their own defense. The English were primarily supported by the Iroquois Confederacy, while the French were supported by the Wabanaki Confederacy. 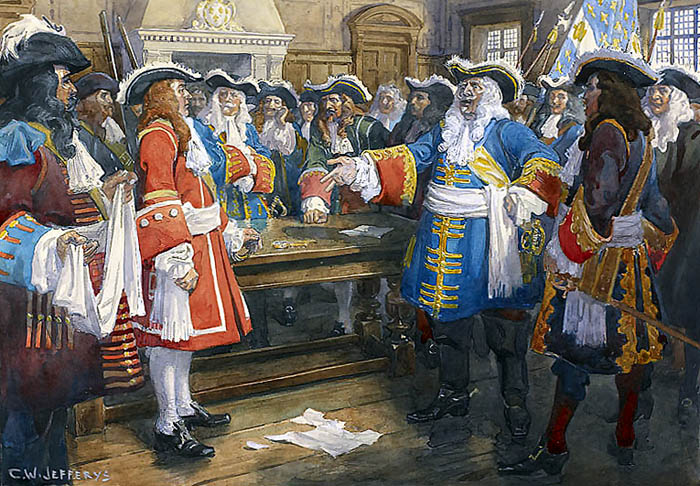 Count Frontenac, governor of New France, refused English demands to surrender before the Battle of Quebec.

It was the first of six colonial wars fought between New France and New England and their respective Native allies before France ceded its remaining mainland territories in North America east of the Mississippi River in 1763.

Between 1688 and 1697, battles were fought in Canada, Maine, Connecticut, Massachusetts, New Hampshire, and New York. In the end, the British, led by Sir William Phips, captured Port Royal, Nova Scotia but failed to take Quebec.

The French and Indians under the Count de Frontenac carried out successful attacks on Schenectady, New York; Salmon Falls, New Hampshire; and Casco Bay, Maine, but failed against their main target of Boston. However, they successfully thwarted New England’s expansion into Acadia, whose border New France defined as the Kennebec River in southern Maine.

The protracted war ended with the Treaty of Rijswijk in October 1697, which ended the Nine Years’ War. However, the boundaries and outposts of New France, New England, and New York remained substantially unchanged. However, claims  to some of the disputed territories were left unresolved, which later led to more unrest and caused the outbreak of Queen Anne’s War in 1702

Sinking of the Pélican after the Battle of Hudsons Bay