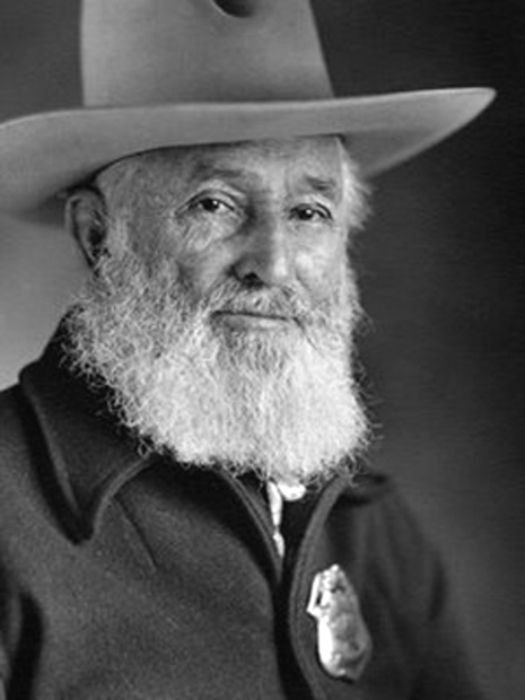 John Reynolds Hughes was a cowboy, rancher, author, and one of the most influential and recognized Texas Rangers during his lifetime.

Hughes was born to Thomas and Jane Augusta Bond Hughes on February 11, 1855, in Henry County, near Cambridge, Illinois. His family would later move to Mound City, Kansas, where he could only attend school on rare occasions since he was kept busy working the family farm.

At the age of 14, he left home to work on a neighboring cattle ranch before heading south to Indian Territory, where he lived among the Choctaw and Osage Indians for four years. By 1874, he lived in the Comanche Nation in the Fort Sill area and became friends with Quanah Parker. After six years in Indian Territory and a brief stint as a trail driver on the Chisholm Trail, Hughes bought a farm near Liberty Hill, Texas, in 1880 and entered the horse business.

In May 1886, a band of thieves stole horses from Hughes and his neighbors, and John was determined to find them. Using skills he had learned as a trapper, he followed them to New Mexico. When he found them, he killed two men, captured the rest of them along with the stolen horses, and returned them to Texas. Word of his single-handed capture brought him to the attention of local Texas Ranger Ira Aten. In July 1887, Hughes accompanied Ranger Aten in pursuing a murderer named Judd Roberts. When the men found Roberts, it resulted in a gunfight in which the murderer was killed. 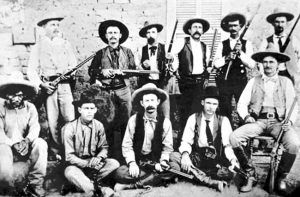 Company D of the Texas Rangers with Captain John Hughes at lower right, 1894.

At the recommendation of Ira Aten, Hughes was recruited into the Texas Rangers and was sworn into Company D, Frontier Battalion, in August 1887. He was assigned to Camp Wood, where he spent most of his time watching for smugglers and outlaws trying to flee the country along the Texas-Mexico border. During this time, Hughes gained a reputation as a relentless pursuer of outlaws. In 1890, Hughes and the rest of Company D were assigned to protect the silver mine in Shafter, Texas, and in 1893, he was made a sergeant in charge of a ranger detachment at Alpine. During this time, the infamous killer James Miller was hatching a plan to kill Reeves County Sheriff Bud Frazer in Pecos, Texas, and Hughes and his men were asked to help stop the assignation attempt. The Rangers arrested the men before the plot could take place. 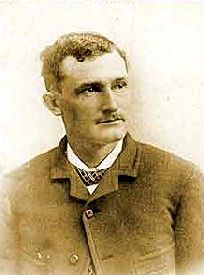 Following the 1893 murder of Texas Ranger Captain Frank Jones, killed during an ambush by bandits, Hughes was made captain of Company D in El Paso. He and his men then went after Jones’ killers, many of whom were members of the Olguin family. These bandits worked both sides of the border and were wanted for numerous crimes committed inside the U.S. In the end, Hughes and his company tracked down 18 suspects and killed them in shootouts or by hanging, effectively ending the Olguin family’s crime spree.

When his unit of the Frontier Battalion was abolished in 1900, he was made a senior captain and worked out of the Ranger headquarters in Austin. Later, Western novelist Zane Grey, who had heard of Hughes’s exploits with the Texas Rangers, started to ride with him. Grey encouraged Hughes to talk about his life, including stories of trail drives, gunfights, and the Texas Rangers. In 1914, Grey published The Lone Star Ranger, dedicating it to John Hughes and his fellow lawmen. The title character and the book would later become the inspiration for the Lone Ranger character, who would appear in radio and television programs, books, films, and comics. 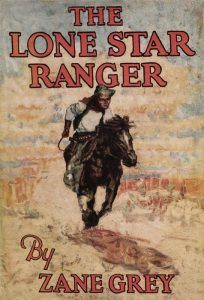 After Hughes had served as a Texas Ranger for 28 years, longer than any other man, he retired on January 31, 1915. He then spent his next years traveling in his new automobile, ranching, and prospecting before settling down in Austin, where he became the chairman of the board and largest stockholder for Citizens Industrial Bank. In 1940 he became the first recipient of the Certificate of Valor, awarded him for his excellent lifetime service as a peace officer.

Hughes had never married, and by the 1940s, he was in poor health and was forced to move in with a niece in Austin. Depressed and alone, he took his own life on June 3, 1947, at the age of 92. He was buried in the State Cemetery.

John Reynolds Hughes is a member of the Texas Rangers Hall of Fame. 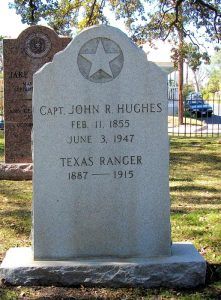