In recent years, many travelers have flocked to the United States to visit its iconic landmarks. This comes as no surprise since the United States is known to have a variety of landmarks ranging from the historical to the breath-taking.

Here, we’ve curated a list of 7 of the most popular landmarks in the United States that’s sure to ingrain you with memories for the rest of your life. As these landmarks are incredibly popular and can be crowded with copious amounts of tourists, we’ve provided you with an insider’s guide that has useful tips to help you navigate through these crowds.

The Statue of Liberty 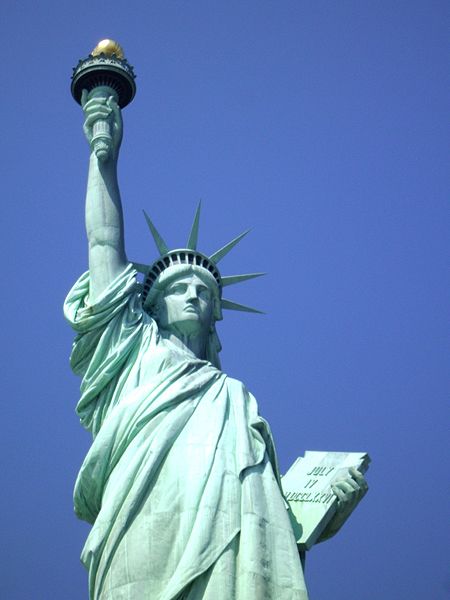 The Statue of Liberty, photo by Ella Nobo, Legends of America’s granddaughter in training.

No visit to the United States is complete without visiting Lady Liberty. Gifted to the United States in 1886 as a gift from France, The State of Liberty is a symbol of both freedom as well as democracy. Proudly standing at 152 feet high on an 89-foot pedestal that’s situated on Liberty Island, you’ll be in awe of this impressive landmark.

To beat the crowds, you can purchase the $57 Early-Access Statue of Liberty Tour with Ellis Island. This tour will provide you with early morning boarding priority, along with a guided tour of the Statue of Liberty. As a bonus, you’ll also be able to head to Ellis Island and get a deeper look into the history of immigration. If you’re not too keen on paying the $57 fee, there are also daily free tours of Liberty Island.

As this spot is incredibly busy, make sure you’ve allocated enough time as lines for the ferry can be over an hour. If you plan to visit the Statue of Liberty, try to catch the first ferry of the day. If you buy your tickets in advance, you can also skip the ticket line and head straight for security. While the area is generally accessible, you will have to climb 26 steps if you want to go inside the monument, and 363 steps if you’ve made a reservation to visit the Statue’s crown. 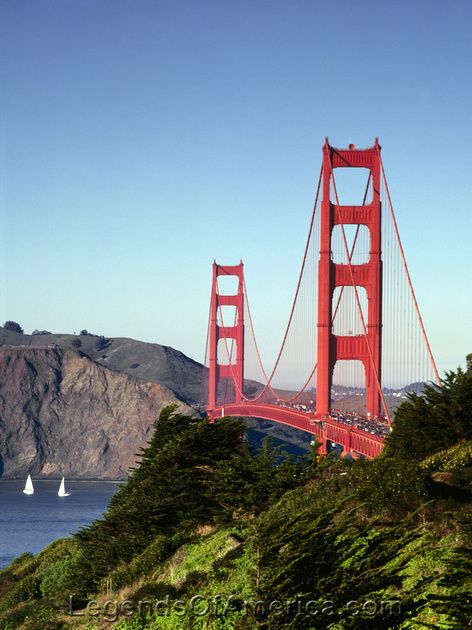 Another iconic landmark is the Golden Gate Bridge that was completed in 1937, spans over 4,200 feet, and connects San Francisco with Marin County. The bridge is able to withstand winds of more than 100 miles per hour and came out unscathed after the 1989 Loma Prieta earthquake. You’ll be enthralled by the amazing views that the walkway of the Golden Gate Bridge offers.

There are many ways to head down the Golden Gate Bridge. The most common way is to walk down the bridge, and take a look at the several lookouts that pepper the bridge to get a unique perspective of the city. There are also free walking tours that are available on Thursday and Sundays through San Francisco City Guides. 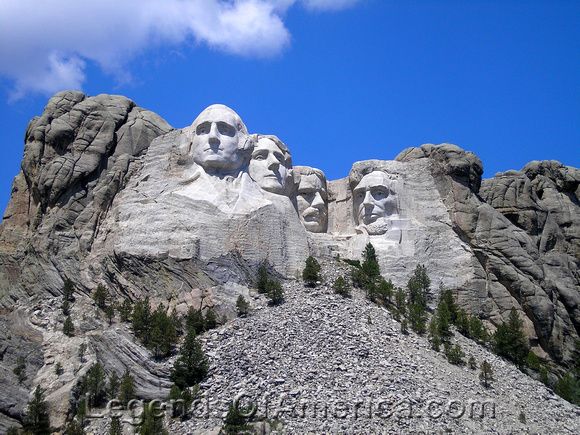 If you head to the South Dakota Black Hills, you’re sure to spot the 60-foot-high granite cliff that has the Presidents carved into it. If you head to the cliffs from June through September, you’ll even be able to see their faces illuminated at night. The monument was designed by sculptor Gutzon Borglum and the National Memorial was opened in 1941.

While at Mount Rushmore, make sure to stop by the information center so you’re able to pick up brochures that’ll provide you with information about the memorial. You can also stop by the Lincoln Borglum Visitor Centre to watch a film about the monument. After that, you can head towards the Grand View Terrace for a fantastic view of the monument. You can also take the President Trail which also comprises of 422 stairs, to get a closer view of the faces.

The best time to head to Mount Rushmore is either during sunrise or sunset. You’ll get the least crowds during sunset, and a gorgeous view of the president’s faces being bathed in the morning light. You’ll also want to come during either the Spring or Fall where there’s nice weather without an overwhelming amount of people. While you’re there, don’t forget to also visit other picturesque areas of the park. 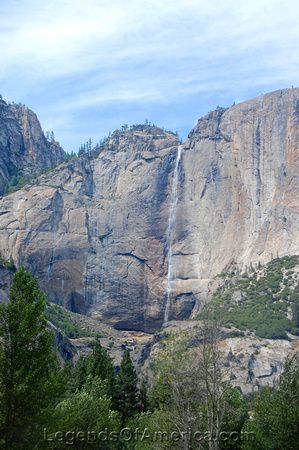 One of the United States’s most popular landmarks is most definitely Yosemite Park. Filled with 1,200 square miles of astounding beauty, you’ll encounter picturesque views, and some of the best awe-inspiring nature. Either than taking in the views of cascading waterfalls, you’ll also be in awe of giant sequoia trees that are over thousands of years old.

If you’re looking to stay at some of the most popular accommodations during peak period, make sure you’re making reservations months in advance. Yosemite Park is usually quieter during the winter months, with an on-site ski area that’s also great for families.

One of the easiest hikes at Yosemite Park is the paved 0.5-mile Bridalveil Fall trail that’s accessible from the parking lot. A great waterfall hike is the 1.6-mile Vernal Fall Footbridge, remember to wear sturdy shoes, and carry drinking water for this hike that can be a bit steep. If you’re looking for a panoramic hike, look no further than Glacier Point or Tunnel View Overlook.

With Yosemite National Park, it’s best to start late so you won’t have to fight with the early morning hikers. You’ll also be able to relax and enjoy the sunset after most of the hikers have left. 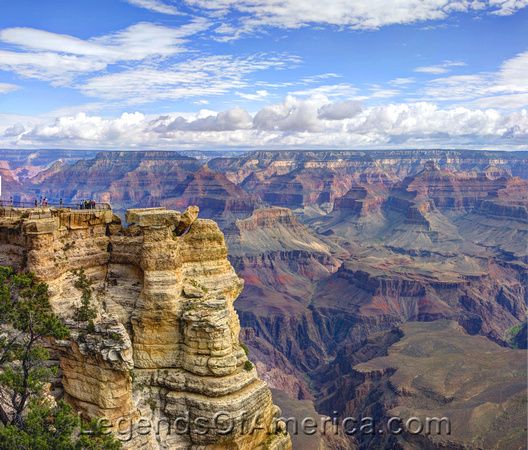 You can’t go to the United States and not visit the famed Grand Canyon. The mile deep and 277 miles long canyon provides a truly unforgettable sight that’s sure to take your breath away. If you’re hiking long distances or will be towards the bottom of the canyon, you must be prepared to deal with hot temperatures. To avoid the heat, try to hike either at dawn or dusk, you should also bring plenty of water.

The best time to visit is early spring or late fall where the weather is a little milder, and you won’t have to deal with as many people. If you have food, make sure they are stored in animal-proof containers as some of the animals residing in the park can be quite aggressive.

Most tourists tend to go to the rim of the Grand Canyon, while it is beautiful, make sure you traverse deeper into the canyon to immerse yourself in the experience. If you want to be in a more secluded area, the North Rim of the Grand Canyon is an ideal place to head to. Don’t forget to also head to Havasu Falls that’s also known as the Hawaii of Arizona, you’re sure to be blown away by this hidden jewel. 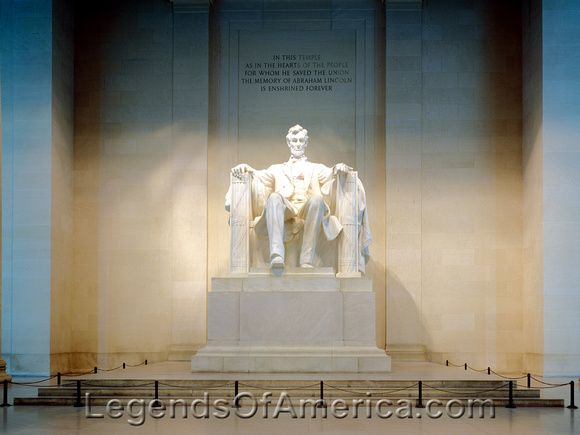 While headed to Washington D.C., you must visit the Lincoln Memorial. While it has appeared in postcards and a multitude of movies and television shows, there’s nothing quite like seeing in person. While the location and size of the memorial are certainly impressive, you’re sure to be inspired by the texts from Lincoln’s address.

When visiting the memorial, try to head there earlier in the day or later in the afternoon to avoid the crowds. The monument is also lit at night so you’ll be able to snap a stellar shot. It also helps that the memorial is open 24-hours a day, so you’re able to visit it at any time of the day that suits your schedule. 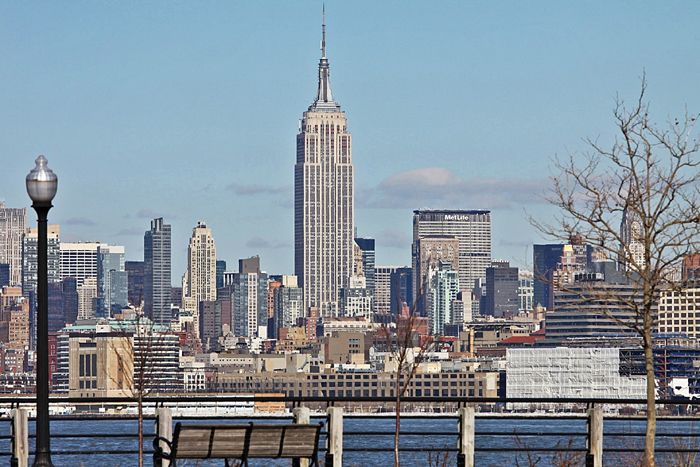 While at New York City, you have to visit the Empire State Building that has been part of New York’s skyline since 1931. Standing at a whopping 1,200 feet high, this award-winning landmark allows tourists to take in incredible views of Manhattan from the observation areas throughout the day.

Try to head to the Empire State Building late at night as the lines are considerably shorter after 9 pm. While most tickets offer admission to the 86th floor, you’ll want to go to the 102nd floor that’ll provide you with astounding views over the city. After you’ve soaked in the views, remember to head to the 2nd and 80th floors to browse the building exhibits. You’ll learn more about the building, and be amazed by the sustainability and architecture exhibits.

Since it can get considerably crowded, purchase tickets in advance online as this will allow you to skip the ticket office line. Be prepared to also go through security screening, and note that glass and bottles are not permitted. If you want to speed up your wait, you can skip the line by purchasing the Empire State Building Experience. You’ll not only have access to the 102nd floor for incredible views, you’ll also get a three-course dinner at a restaurant inside the Empire State Building.

Either than the above, there are plenty of other landmarks that you can see in the United States. After you’ve enjoyed the 7 most popular landmarks above, be sure to explore the rest of the United States and see all that this amazing country has to offer. For more destination guides and accommodation reviews, check out Trip101.

Top 7 Tips for Taking and Editing Photos of Historical Sites

Tips for Traveling in the Desert

Tips For Travelers Crossing the Midwest