Outside of a few skirmishes during the fur trading days, there were few major conflicts in the area in the early days of the Old West. However, the Idaho gold rush made for trouble that resulted in several skirmishes and wars, particularly the Snake War of 1866-1868. 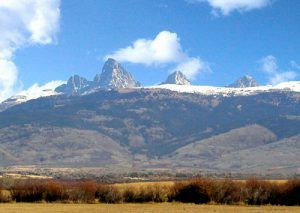 Ward Massacre (1854) – On August 20, 1854, a large but dispersed wagon train on the Oregon Trail was attacked just east of present-day Caldwell, Idaho. For whatever reasons, the larger train had split up into three sections, all of which were headed to Fort Boise. When Alexander Ward’s five-wagon train from Johnson County, Missouri was passing through Canyon County a war party of Shoshone and Snake Indians came upon the group of 20 emigrants. When one of the Indians tried to take a horse by force, one of the travelers shot the warrior down. The Indians immediately retaliated in an extremely brutal manner, killing all except two of the Ward children.

Afterward, the U.S. Army retaliated against the Indians, which so enraged the local tribes that both Fort Boise and Fort Hall were soon abandoned, making the Oregon Trail unsafe without military escort until the 1862 gold rush.

Today, the Ward Memorial Park is dedicated to the victims of the massacre, and the monuments and informational markers in this park serve to pay tribute to the dangers emigrants faced while traveling the Oregon Trail.

Attack on Fort Lemhi (1858) – During the short period of 1855-1858, Mormon President Brigham Young sent a small number of men to establish a settlement some 400 miles north of Salt Lake City near present-day Baker, Idaho. The post was named after a king in the Book of Mormon. Quickly, the community grew to over 200 people who earned their livings by irrigated farming and stock raising. Though the Mormons had established good relations among the Shoshone and Bannock in the Lemhi Valley, the Indians were becoming unhappy about the growth of Mormon settlements and began to rebel. At the same time, 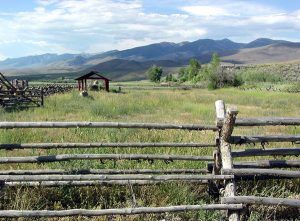 Thomas S. Smith, the presiding elder at the mission, was becoming unhappy with the Indians, complaining to Brigham Young about how impudent and unmanageable they had become.

On February 25, 1858, about 250 Bannock and Shoshone warriors descended on Fort Lemhi, where they killed two herders, wounded five other men, and drove off 255 cattle and horses. Afterward, the fort was abandoned.