These are stories that are sent to us by our readers that speak of psychic gifts, strange experiences, but,  that can’t be categorized under a state or region, or very brief testimonials not long enough for a full article. For more see Haunting Stories From Our Readers and our Ghost Stories main page.

Ghosts of the South Side of Chicago

Did I See a Ghost?

The Ghosts in the Old Doll House

I Can’t Believe I’m Seeing This…….

Staring in the Mirror

Stuck in My Home

There’s a Hungry Chinese Man in My House!

When I Used To Talk To Walls

The Woman at the Foot of My Bed

I Can’t Believe I’m Seeing This……. 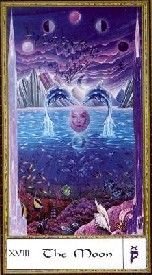 My daughter had just turned nine-years-old when out of the blue, she developed an invisible friend. We’d hear her talking to her “friend” and think nothing of it, until things began to take a weird twist.

In my daughter’s room, the T.V. began to come on at random times and turn channels all by itself.  At another time the kids would be watching television in another room when suddenly the channels would begin to change. Apparently, “someone” loved Cartoon Network and Nick Jr.   This unexplainable event scared my kids to death.  My six-year-old son wouldn’t even go in his sister’s bedroom.

One night I said to my husband, “I wonder if I asked “her” to turn it off and go to sleep would it happen, or say: not to turn it on, would it come on?  I was only joking of course, but that very same night we were awakened about 3:00 a.m. by the television that turned on in my daughter’s room. Afterward, my daughter unplugged it and covered it with a blanket. That’s been about a year ago. It’s still covered.

Two weeks ago when my husband was returning from the store, he came in white as a sheet saying he thought he had run over a little girl in front of our house. We looked everywhere for that child and turned up nothing. The next day I told my dad about this and he said that about the same time he heard a child (a little girl) calling out for help and crying.  hat is only a few of the weird thing that has happened here. Needless to say, we’re in the process of moving.

The Chickasaw Council House is a small cabin located inside the Chickasaw Council House Museum in Tishomingo, Oklahoma. One day I was walking through the deserted museum when I encountered voices from the past. Not a single visitor was at the museum — it was only me and the Cultural Programs person that were in the entire building. When the phone rang, she took the call and I wandered off, nearing the log cabin structure. Walking around this historic building, I soon approached the southern window. At the time, I remember thinking about the many government meetings that had been held there when it was the seat of tribal government.

For some reason, the strangest vision popped into my mind — not like I was hearing it, but like I was “remembering” it. I “heard” a group of men’s voices shouting at each other, hands slapping on a scarred long wooden table and suddenly a shiny knife slamming down into the wood, inches from the slapping hands and the arguments growing more heated. I kept walking and then paused to look into the window, noticing that the long wooden table that was on display looked very much like the one I had been thinking about.

Just then the Tribal worker returned, apologizing for the telephone call and stated that we could get back to planning our project. Then she stopped for a minute and said: “Do you mind if we go to the other side of the building to the offices, they’re shouting and arguing today.” She then turned and walked to the offices. It struck me that we had both been “hearing” the same thing.  I asked her about it when we got to the offices, especially the image of the knife slamming into the table but all she would say was, “I wouldn’t be surprised.”

I wasn’t scared….it wasn’t like something was there….more like a memory that was just hanging around just a hundred years later.

Ghosts of the South Side of Chicago 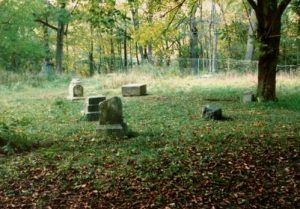 When I was a little girl at the age of nine, my family was living on the south side of Chicago. We moved into a co-op and the first year everything seemed nice and normal.  Then one night as I was getting ready for bed, I took my stuffed toy dog, kissed him goodnight, placed him on a chair, and crawled into bed.

In the middle of the night, I was awakened by voices and opened my eyes to see at least a dozen ghosts flying over my head and talking. They were very cheerful and seemed to fly right through each other.  I could not see their faces and they were all wearing dark brown long cloaks.  They looked a little like the ghost of Christmas yet to come from the Christmas Carol By Charles Dickens. At first I thought I must be dreaming!

I laid in bed and pretended to be asleep when suddenly one of the ghosts stopped and petted my stuffed toy dog. I squinted my eyes and turned over when I heard one of the ghosts say, “Is she awake?”  Then another responded, “No, she’s still asleep.”

They continued to fly through my room for at least an hour or so, continuing to laugh and talk. Though I couldn’t understand what they were saying, they sounded very friendly.

When I finally opened my eyes, they all said, “She’s awake!”  Then they flew into all four corners of my room and disappeared. The next morning when I woke up, my stuffed dog was leaning over lopsided. The experience did kind of freak me out. I never saw a ghost in my room or anywhere else ever again.

This event took place back in 1974 and since then I have always been intrigued by ghost stories.

My husband is in the military and we recently moved to Hawaii. As long as I can remember I’ve been able to sense spirits. So, when we moved into our new home I was relieved to find it “dead”(meaning I didn’t sense any ghosts). Yet to my surprise, we have four spirits who come to visit. I awoke one evening after hearing some of our doors slamming shut. There in our doorway stood a little Hawaiian girl staring curiously. I could also hear the giggles of two Hawaiian boys running through the house being very mischievous. I turned to wake my husband up and looming over him was an old Hawaiian man. He seemed important, something like a medicine man, but this frightened me. I shook my husband awake and the spirits, I assume, sensing my fear vanished. They come and go during the day now, seemingly coming through a crawl hole space in my daughter’s closet. If we shut her closet door they stay out, which we do at night. “Company” is fine during the day, but at night I’d rather my daughter and I sleep undisturbed.

Stuck in My Home

Two years ago a young lady named Carol rented our home. After just a few weeks she died of cancer inside the home. At the time of her death, her ex-husband was attempting to take their three-year-old daughter away from her family.

Since last fall when I returned to this house, many strange things have happened such as the lights turning on and stereo turning on of their own accord, and items are found missing only to turn up later at an obvious spot that they do not belong. However, the most disturbing problem for me is that every morning I hear the sound of a radio or TV. At first, I thought it was coming from a house next door which is under construction – perhaps, workers leaving a radio set to turn on at a certain time.  Since the new house did not have walls up yet, I soon went over and thoroughly searched the house, only to find nothing.

This spring when I returned to my home again, I am again hearing this radio. It is especially audible when I have a fan by my bed.  There were times I could hear the weather report, and the voice of a man, then a woman.  Not long ago, I heard a child say, “it’s ok mommy.”  I tried recording this but when I pushed the buttons nothing happened. When I pickup up the recorder, the batteries fell out.

I am having a mass said for her this Wednesday and have sprinkled holy water about the house. I have asked her kindly to leave but she is apparently not at peace, dying under terrible circumstances. Our priest believes that she is stuck.