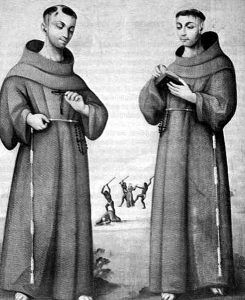 Francisco Tomas Hermenegildo Garces was a Spanish Franciscan priest, missionary and explorer. Father Garces explored the southwestern part of North America, including what is now Arizona and southern California. He visited the Hopi and Havasupai Indians, learning much about the area. From 1768 to 1776, he explored with Juan Bautista de Anza and alone with native guides. He and Juan Díaz died in a Yuman uprising in the area where the Colorado and Gila Rivers meet.

Garces was born April 12, 1738, in Morata de Jalon, Valdejalon, in north-central Spain. He entered the Franciscan Order about 1758 and was ordained a priest in 1763. Assigned to San Xavier del Bac in present-day Arizona in 1768, he explored the Gila and Colorado River Valleys, both down the Colorado River to the Gulf of California and up it to the Grand Canyon and overland to the Hopi villages. He accompanied Juan Bautista de Anza part way in both 1774 and 1775-76. He and Juan Díaz established two mission churches on the Colorado River at Yuma Crossing. They, along with Juan de Barreneche and José Moreno were all killed there during the Yuma uprising. 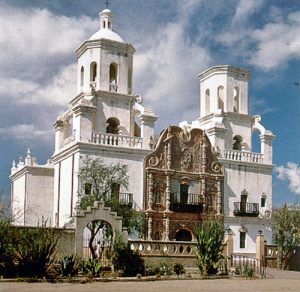