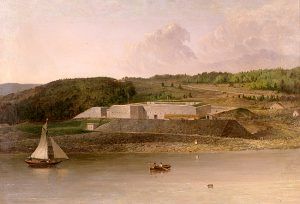 Fort Knox is Maine’s largest historic fort, with an observatory taller than the Statue of Liberty. It is a landmark bridge that spans the Penobscot River, and allegedly, a few ghosts comprise the Fort Knox State Park in Prospect.

Located in the heart of midcoast Maine, the Fort Knox State Historic Site features Fort Knox, one of the best-preserved military fortifications on the New England seacoast, as well as the 420 feet tall Penobscot Narrows Observatory, where visitors can enjoy 360° views of the Penobscot River and Bay, the Maine countryside, and the distant mountains to the west.

During the colonial era of New England, Maine was a part of Massachusetts and was, early on, repeatedly involved in border disputes with British Canada. The area between Castine and the rich lumber city of Bangor was invaded and occupied by the British during the American Revolution. The region was then called “New Ireland.” The Province of Massachusetts Bay formed the Penobscot Expedition in 1779 to force the British from the area, but it ended in defeat. In the end, the 44-ship American naval task force lost 43 ships and suffered approximately 500 casualties. It was the worst naval defeat for the United States before the Japanese attack on Pearl Harbor. Britain retained control of the area for four years before the Revolutionary War was over. 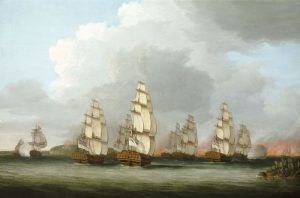 However, during the War of 1812, the British again took control of the region in 1814 for eight months until they finally ceded the land back to the United States under the Treaty of Ghent. These events contributed to anti-British feelings and ultimately to the post-war movement for Maine’s statehood, which occurred in 1820, as Massachusetts had failed to protect the region.

The Aroostook War of 1838-39, a bloodless confrontation over the international boundary between the British colony of New Brunswick, Canada, and the state of Maine, revived fears about the region’s vulnerability.

In 1844, the State of Maine began to build Fort Knox to protect the Penobscot River Valley against a possible future British naval incursion. The ambitious coastal fortification was built of granite rather than wood like previous forts.

The Third System coastal fortification, built at the mouth of the Penobscot River, was large and expensive and would never be fully completed despite expenditures of over a million dollars. Joseph G. Totten, the foremost fortification engineer of the Army Corps of Engineers at the time, designed the fort. With the supervision of other engineers, construction continued until 1869, when funding was withdrawn. 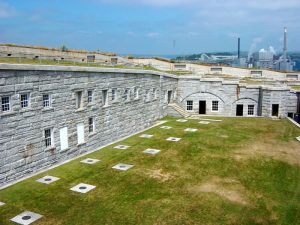 The fort was named for Major General Henry Knox, America’s first Secretary of War, who was born in Boston but retired to Thomaston, Maine, in 1796. It was garrisoned with its first troops in 1863 during the Civil War. These troops were mostly comprised of recruits in training before assignment to active duty, and the fort never saw battle during the war. When the Civil War was over, the fort was not garrisoned again until the Spanish-American War began in 1898. At this time, a controlled minefield was laid in the river. But, once again, the fort never saw any military action.

Afterward, a single ordnance sergeant was assigned the task of caretaker, who attended to the general maintenance of the post. For some time, it then became the site of a torpedo storehouse, which housed naval mines. This building now serves as the Visitor’s Center.

In 1923, the federal government declared the fort excess property and put its 125-acre grounds up for sale. The state of Maine ended up buying it, and it has been administered as a Maine state historic site since 1943. In 1970 it was also designated National Historic Landmark. Today, the fort is among the best-preserved forts in the United States. 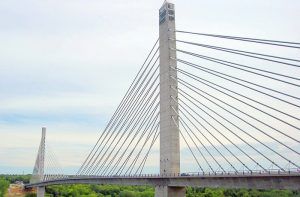 Fort Knox also serves as the entry site for the observation tower of the Penobscot Narrows Bridge, which opened to the public in 2007. The 420-story observatory is the tallest occupied structure in Maine. The only observatory bridge in the Western Hemisphere and the tallest in the world, the granite obelisk has won multiple awards for engineering excellence. Its visitors find the 360° views stunning.

The design of the 2,120 feet long Penobscot Narrows Bridge also incorporates granite to honor the significance that granite has in the local economy.

Fort Knox is open daily from May 1 to October 31. 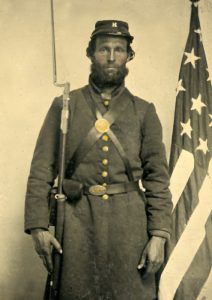 Though Fort Knox never saw any military action and no one ever died there, it is said to be haunted and has been featured on several television programs.

For the paranormally curious, some visitors to the fort have reported seeing ghostly figures; hearing voices, heavy breathing, and laughter when no one is around; and have been touched by unseen hands. Investigators have recorded ghostly voices, and strange anomalies have been caught on camera. Others have seen strange lights, a large moving white object, ghostly figures of Civil War soldiers, and heard footsteps when no one is around.

One apparition that appears in a duster coat is often spotted wandering the property. This is believed to be Ordnance Sergeant Leopold Hegyi, who served as the sole caretaker of the fort between 1887 and 1900. Apparently, this ghost continues taking care of the property as the entity is often seen patrolling the grounds as if he is making sure everything is safe. 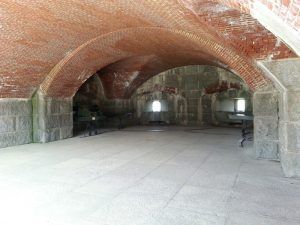