Fort King, Florida located in present-day Ocala, was an important military outpost during the removal of the Florida Indians.

Fort King was built adjacent to a Seminole Indian Agency in 1827 and named for Colonel William King, commander of Florida’s Fourth Infantry and the first governor of the provisional West Florida region. It was established after the Treaty of Moultrie Creek relocated the Seminole to a large reservation in Central Florida. It was tasked with preventing new settlers in the area from trespassing on the new lands of the Seminole. Initially, the fort was viewed positively by the Seminole. 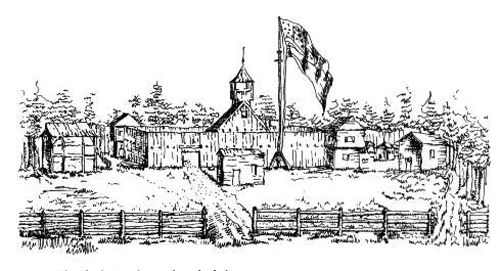 In 1829 a recession and budget cuts caused the Army to close Fort King leaving the Indians with no protection from white settlers. Their government subsidies were also reduced. The fort stood empty for three years. 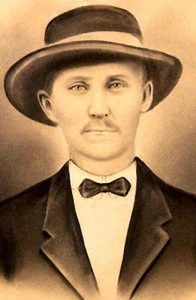 In May 1832, the Treaty of Payne’s Landing was signed with leaders of the Seminole Tribe, where the Indians agreed to move within three years. One month later, in June 1832, the soldiers returned to Fort King along with a new Seminole Indian agent, Wiley Thompson. They were tasked with aiding the removal of the Seminole. In October 1834, Wiley Thompson called the Seminole chiefs together at Fort King to talk to them about their removal to the west.

However, the Seminoles informed Thompson that they had no intention of moving and that they did not feel bound by the Treaty of Payne’s Landing because not all the chiefs had signed it and those that did, had been forced to. One of the most vocal of the Seminole who rejected the order to move was a young war chief named Osceola. As a result, Thompson requested reinforcements, removed some chiefs from their positions, and forbade the sale of guns and ammunition to the Seminole.

In March 1835 Thompson called the chiefs together to read a letter from Andrew Jackson, which stated: “Should you … refuse to move, I have then directed the Commanding officer to remove you by force.” Initially, the chiefs said they would not move west, but eventually, some of them said they would, but asked to delay the move until the end of the year, which was agreed to. 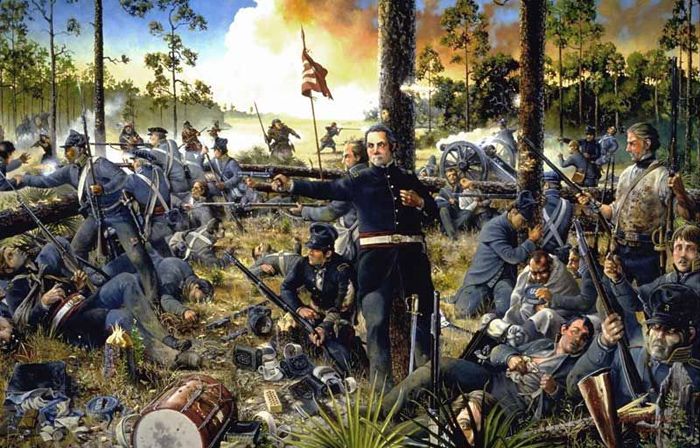 But, the tension between the Seminole and the government was bad and the situation grew worse. In August 1835 Private Kinsley Dalton, who was carrying the mail from Fort Brooke to Fort King was killed by the Indians. In November Chief Charley Emathla, wanting no part of a war, led his people towards Fort Brooke where they were to board ships to go west. This was considered a betrayal by other Seminole and Emathla was killed by Osceola on the trail.

When two companies of US troops, under the command of Major Francis Dade, were dispatched from Fort Brooke to reinforce Fort King, they were ambushed and annihilated by a band of Seminole under the leadership of Seminole warrior, Micanopy, on the morning of December 28, 1835. Today, this assault is known as the Dade Massacre. That afternoon, Osceola shot and killed Indian agent Wiley Thompson and four others. Thompson was shot 14 times and scalped. These actions were the start of the Second Seminole War.

In May 1836, Fort King was abandoned for Fort Drane, and the Seminole burned it to the ground two months later. A year later, the U.S. Army returned and the fort was rebuilt in April 1837 by Brevet Major Thomas Childs and the 3rd U.S. Artillery comprised of 136 men. Afterward, it served as military headquarters for most of the Second Seminole War. The Army began relentless “search and destroy” missions against the Seminole. At the war’s end in 1842, most of the Seminole had been killed or captured and moved to Oklahoma. The fort was finally abandoned and the garrison withdrawn on in May 1843.

The site was then transferred to Marion County and became the county’s first courthouse and public building. In 1846, it was dismantled for its lumber, and the courthouse moved into the new city of Ocala.

The site of the fort, near the corner of East Fort King Street and 39th Avenue, was designated a National Historic Landmark in 2004. In the fall of 2017, a replica of the fort was reconstructed near the original site by the City of Ocala and Marion County.

The Fort King National Historic Park is located at 3925 E. Fort King Street in Ocala. Park amenities include the Visitor’s Center complete with Fort King and Florida history, a library, video viewing and artifacts found across the site. There is also an interpretive trail that descends from the top of the hill, where the fort stands, to Seep Spring. 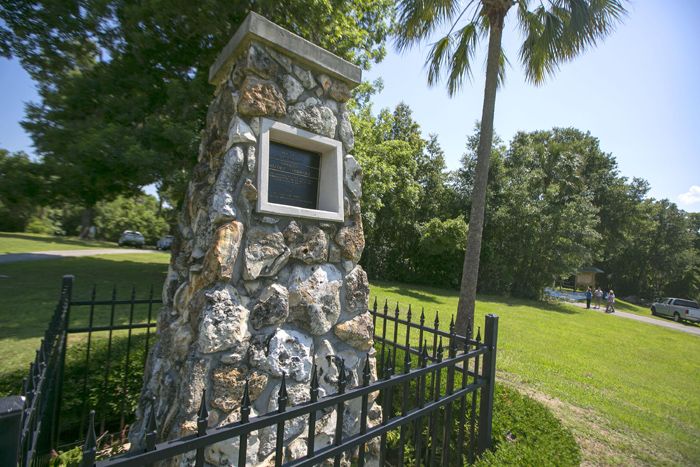