A professional gunfighter and gambler, Charlie Storms was envious of the reputation of gunslingers such as Bat Masterson and Wild Bill Hickok. Though he was probably not intentionally following them, he tended to wind up in some of the same places. Storms was there when Jack McCall killed Bill Hickok in the Number 10 Saloon in Deadwood, South Dakota. Allegedly, as Hickok lay dead on the floor, Storms grabbed one of his pistols as a souvenir.

However, Storms’ career as a gunfighter was never what he hoped it would be. Though he lived through several gunfights in Deadwood, history found his next noteworthy escapade in Tombstone, Arizona. Though some say that Storms arrived as a hired shooter in a bitter contest to control the gambling houses in Tombstone, other historians believe he simply drifted there, like the many other gamblers and gunfighters calling Tombstone home in 1881.

Riding in from El Paso, Texas, Storms immediately made himself known in Tombstone’s many gambling houses. On the morning of February 25, 1881, Storms played faro at the Oriental Saloon, where Luke Short was dealing the game. Storms, who had been drinking all night and was unaware of Short’s shooting skills, began to make several rude comments to Short Just as the two were about to pull out their six guns, in walked Bat Masterson. Friends with both gamblers, Masterson stopped the fight and talked Storms into returning to his room at the San Jose House.

For a short time, it seemed as if the confrontation had blown over, when suddenly, as Masterson and Short were talking on the boardwalk in front of the Oriental Saloon, Storms reappeared, took hold of Luke’s arm, and pulled him off the sidewalk. Then Storms went for his gun, but Short beat him to the draw and shot him through the heart, blowing him backward and setting his shirt afire. As Charlie was falling to the ground, Luke shot him again. As Storms lay on the ground dead, Luke Short turned to Masterson and said, “You sure as hell pick some of the damnedest people for friends, Bat!” One bystander reported that “the faro games went right on as though nothing had happened.” 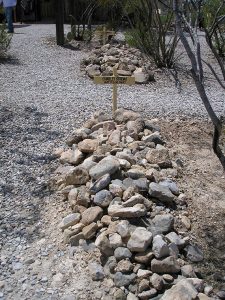 Afterward, Luke Short was arrested and given a preliminary hearing but was found not guilty on grounds of self-defense.