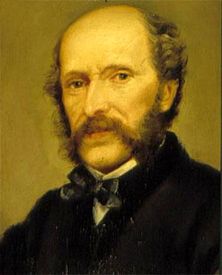 Not content with having drunk up our brandy, these scoundrels rifled our saddlebags where we had a bottle of quimagogo. One of the damned gringos drank it all, thinking it was port; the bottle held enough to kill three horses. When we saw they had gulped down this medicine like wine, I assure you we would have been terrified had we not been secretly enjoying a mood of vengeance.

The California Gold Rush has no equal, Herbert Howe Bancroft said of the year 1849 that it was an “era” in time that had passed in a single year. The events which began with James Marshall’s discovery of gold in Coloma induced an aberration of time, space, and humanity tantamount in global history. The western slope of California’s Sierra Nevada range played host to men from nearly every nation of the world, Brits, Mexican, Chinese, Kanaka, Peruvian, Irish, French, Italian, all invaded the lands of the Miwok and Maidu. More came from Nicaragua, Spain, Australia, Yankees from the States – white and black, Argentina and Chile. The California Gold Rush was the largest migration of humanity since the Crusades.

California under American conquest began its history from this mixed bag of race, religion, and culture which has developed into California’s unique society and culture of today. Where else can one celebrate Cinco de Mayo, Christmas, a Native American Pow-Wow and the Chinese New Year without leaving the state? The story of the Gold Rush, therefore, is incomplete as told in textbook form, the true story of California’s Gold Rush is best told in the words of those 49er’s who manned these Sierra foothills as world history unfolded.

Those from Chile certainly left their mark on California, and in a much more profound way than just leaving us with volumes of place names beginning with Chile, or in its typically American version — “Chili.” El Dorado County’s own Chileno history can be found in the mining camps of Chile Bar (inundated by Folsom Lake,) and Chili Bar north of Placerville, Yomet, Pekin, Spanish Flat, Kanaka Town, Johntown, Hangtown, Garden Valley and Chile Hill. Chilenos played an important though unintentional role in how Hangtown acquired its name, also resulting in Hangtown’s Main Street oak joining the ranks of two other famous California hanging trees, one at Jackson the other at Second Garrote.

Likewise, it was Chilean miners who sought justice for the murder of one of their own resulting in the hanging of Richard Crone, aka: “Irish Dick” who swung from Placerville’s lesser-known hanging tree which sat in the vicinity of today’s Coloma and High Streets.

Word of Marshall’s discovery first arrived in Valparaiso, Chile with the arrival of the brig JRS on August 19, 1848. Captain G.L. Hobson, a Valparaiso merchant himself, related the tale of his difficult voyage home since half his crew had jumped ship at San Francisco upon hearing the news. He reported California’s goldfields were so bountiful that all one had to do to earn a fortune was to merely reach down and pick it up off the ground. Folks paid little heed to his fabulous tales from California.

Ten days later with the arrival of the schooner Adelaida which carried $2,500 in California gold Chile’s future was abruptly changed. First to respond were foreign merchants, members of American and British colonies. Less than two weeks after the Adelaida arrived at Valparaiso forty-five English-speaking businessmen boarded the Virginian and sailed for California.

At this point, Chile was suffering an economic decline and many of her young men took note of the sudden departure of the “gringos.” The rush from Chile was on. The Chilean Foreign Office first issued passports for those experienced miners whose passage could be paid, others worked as temporary ships crew and soon each ship was filled to capacity. By June 1849 the Foreign Office had issued more than 6,000 passports. 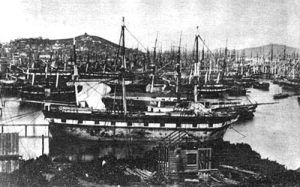 No longer were Chileans applying for passports, adventurers, prostitutes, and folks from every walk of life departed Chile, all California bound. Those English-speaking gringos who’d first left Chile were now opening shops in San Francisco and importing goods from Chile including foods, mining supplies, explosives, and prefabricated homes. By the end of 1849, 92 of 119 ships of Chilean registry sat in various states of decay rotting in the San Francisco Bay leaving Chile’s Merchant Marine fleet in ruins. However many skeptics remained were soon convinced as every ship returning to Chile’s harbors was greeted by crowds of people yelling for “News from California!” The reply was the same. Gold! Gold in abundance! Nuggets the size of boulders! 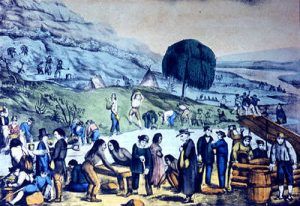 By now Chile’s harbors were filling up with ships packed with 49ers, most from the east coast of the United States. One Captain recalled counting 300 ships in a single day, noting that 12 were from his home port of Hamburg. The economy flourished, prices for everything reached unbelievable rates, brothels hadn’t enough employees to handle the sudden influx of young male clientele. Residents of the nearly deserted Juan Fernandez Islands were suddenly besieged by 49ers who’d just rounded the Horn. They found themselves at the center of a Gold Rush boomtown! Chilean businessmen invested in ships to handle the new economic and transportation crisis, caused by the inability to keep with demand. Shortly however what seemed like a sure thing turned sour. The ships’ captains, like the crews, simply abandoned ship in the San Francisco Bay to go seek their wealth and glory in California gold.

Most Chilenos arrived late in 1848 long before the 49ers from the U.S. They represented the only experienced mining men in California at the time. They educated the 48er’s on how to dig shafts, chase a lead, panning and the best locations to find gold. They introduced the “corvo” a long slender curvy knife used to dig gold from the cracks of rocks, the “poruna” a hollowed cow or steer horn which was used to pour sands when testing for gold, when water became scarce they taught the miners “aventamiento” or dry washing methods. To crush ore they improved the Mexican arrastre with the addition of a stone wheel, renaming it the “Chili Mill.”

Violence has always been a contingency of American culture and it came with the 49ers. Despite the advances in mining brought by the Chilean the American 49er quickly targeted those from Chile who by now had taught the 48ers all they needed to know about extracting gold. No longer of any use Americans simply felt that California belonged to them and anyone not a U.S. citizen was in effect stealing their gold. The result being Americans commonly running non-Anglo’s from their claims. The situation only became worst by late 1849 when mining land had become scarce, and the easy “free gold” was gone. Unlike most non-Anglos in the diggings who simply remained passive and moved on when told to do so by the intruding Americans, the Chilenos were well educated, many of the initial Chilean 48ers came from well to do families, they were proud and quickly gained a reputation among Americans as fierce fighters who always stood their ground as equals when threatened by gringos.

This perceived arrogance further frustrated the American miners who attacked Chileans with impunity. Murders, whippings, beatings, and mutilations became the Anglo way of dealing with these Spanish speaking communities. For this, the Chileans hated all Yankees and called them out as cowards. “Chileans and other aliens in the area had no better luck. While preparations were being made to welcome in the New Year at Calaveras with a bloody sacrifice (referring to the Battle of Chile Bar incident) similar things were going on in Stockton, Sonora, Hangtown, Sacramento, and in San Francisco to celebrate the holiday by mass violence against aliens.

“The California of 1849 and 1850 is not at all like the California of 1852. Those earlier years were abnormal in almost every aspect, what happened then has little or no significance in terms of the excellent relations that exist today between Chileans and Americans. California in those years was without government, without fixed laws, without society, and without established traditions. It had no predominant religion.”

The brutal treatment of all non-English speaking folks of any color became a trademark of Gold Rush justice. Although racial hate crimes did occur the overwhelming majority of violence resulted from American miners who sought to remove the competition, regardless of race, first with a warning – then with force. Much like the Chinese the Chileans retreated from the mines many settling in San Francisco who went on to become successful businessmen. Others pursued politics becoming judges, legislators, and Congressmen, their families became among those prominent and wealthily in the new state. 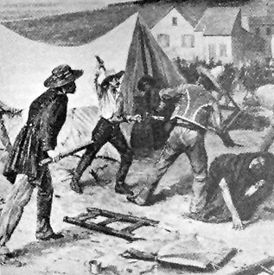 About the Author: Anthony M. Belli is a native of California currently living in the Sierras of El Dorado County. Having a background in law enforcement, he was the youngest police chief in Oregon history. Now, Belli is a recognized historian, writer, and lecturer on the California Gold Rush, and serves on the research staff for the El Dorado County Museum. He has been featured in a number of television shows, writes for Lost Treasure Magazine, wrote the book Mysteries of Tahoe – Lost Treasure.