The roads were so wretched that supplies could be got to the mines only by pack-animals. A dollar per pound was the customary rate to Coloma and to Hangtown, which were about the same distance from Sacramento.

Gold dust was the universal currency, and the “blower” and the scales were a fixture in every place of business. The weights were often home-made, and of very dubious specific gravity.” 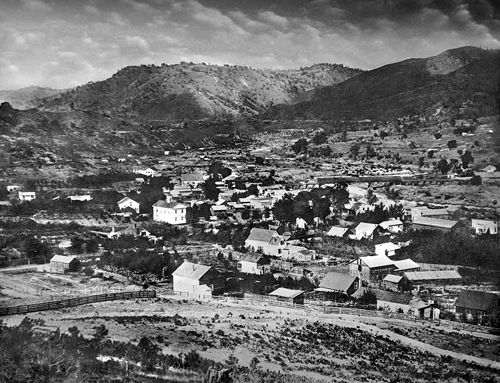 Settled along the banks of the South Fork River between Sutter’s Mill and Mormon Island is Coloma, California — the first important mining town of the 1848 gold rush days. It was here, on the South Fork River, that James Marshall first found the gold that started the great California Gold Rush. News spread quickly and by the time it reached San Francisco, thousands began to flood the area.

James Marshall was a construction foreman for Johann (John) Augustus Sutter, who operated Sutter’s Mill on the banks of the American River. Sutter had come to California from his native Switzerland in 1834. By 1839, he had settled in the heart of the Sacramento Valley, where he wanted to establish a “great colony.” 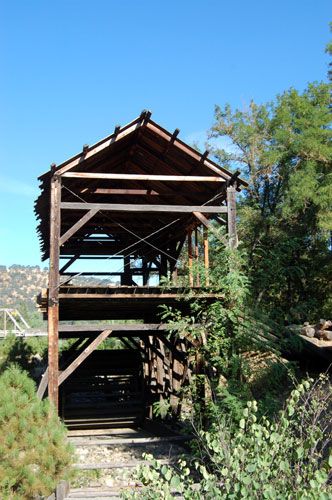 He began to “build” his colony when he was granted 50,000 acres of prime land by Governor Alvarado, the Mexican governor of California. He then purchased a number of properties that were moved to the area and began raising a herd of cattle. Calling his new colony “New Helvetica,” he used Indian labor to build a “fort,” from which he oversaw his new settlement.

However, he was badly in need of lumber for his buildings. In 1845, he contracted with James Marshall to build a sawmill in the Coloma Valley, about 40 miles east of New Helvetia and Sutter’s Fort. However, it would be two more years before construction on the sawmill would begin. In January 1848, when the mill was nearing completion, Marshall was inspecting the water flow when he discovered a pea-sized gold nugget. Gold had been discovered in California! Ironically, neither Sutter nor Marshall ever profited from the discovery that should have made them independently wealthy.

As word quickly spread, Sutter’s sawmill was overrun by gold miners, around which, a gold camp born. Named for the valley in which it was situated, called Cullumah, meaning “beautiful” to the native Nisenan Indians, the new “town” was called Coloma.

By the summer of 1848, some 80,000 miners had flooded the area, spreading up and down the length of the Sacramento Valley, overrunning Sutter’s domain and trampling his visions of grandeur. Also displaced were the native Nisenan Indians who had called the Cullumah Valley home for centuries. 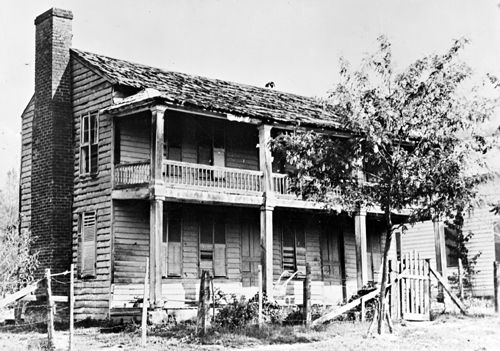 The Sierra Nevada Hotel was a was a way station for miners and tradesmen during Coloma’s mining heydays. Today, it houses an Inn and Restaurant.

In the meantime, the new town of Coloma was booming, already boasting about 300 frame buildings and a large hotel was under construction. It was the first place fortune-seekers headed when they arrived in San Francisco until gold was discovered in surrounding areas.

By 1849, when the California Gold Rush was in full force, Coloma had several stores, hotels, businesses, and a number of the ever-popular saloons and gambling houses. But, for those many new area residents, they would be shocked to see the outrageous prices. Due to its remote location and the rules of “supply and demand,” miners could expect to pay as much as $50 for a pick or shovel.

The following year, El Dorado County was created in February and Coloma became its first county seat. Just seven months later, California would become the 31st state in the union. That same year, a six-mile “ditch” was completed to bring water to Coloma from the snowmelt and rain in the mountains so that miners could work placers.

When Coloma became the county seat, a man named Captain Shannon, who had built and operated one of Coloma’s first general stores, became the town’s first mayor. A well-liked and respected man, Shannon was also looked to as the “official” to settle disputes and punish any transgressions. With no official law or judicial system, Shannon complied, often sentencing offenders to banishment, whipping, branding, cutting of one or both ears, and in a few cases – hanging.

A man named Jerry Crane was the first to be hanged in Coloma after murdering one of his students because, as he claimed, he “loved” her. He was later found to have a wife and family back east.

The next man hanged was an outlaw by the name of Mickey Free, who was involved in a cutthroat gang that specialized in raiding and robbing Chinese camps and murdering lonely miners.

But, like other gold-rich boom camps, Coloma’s hectic days were numbered. As the thousands of miners spread out in the area, richer gold veins were soon found at places such as nearby Placerville, Georgetown, Diamond Springs and as many as 30 other gold camps. 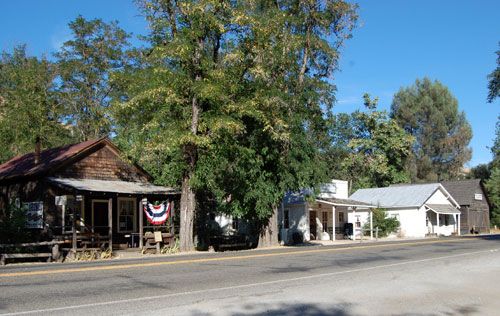 As Coloma’s population began to fall, nearby Placerville, some ten miles away, had become the new “hub” of the Mother Lode and in 1854, the county seat was moved there, where it remains to this day.

By 1870, Coloma had but just 200 residents and over the years continued to dwindle.

Today, though considered a “ghost town,” the Coloma area is again called home to about 200 people. Approximately 70% of the old townsite is part of California’s Marshall Gold Discovery State Park that features a number of buildings that have survived from the gold rush, as well as many other reminders of the gold rush period. The park also features a museum, a walking tour of the old townsite, costumed volunteers, a replica of the original Sutter’s Mill, and the old cemetery.

Coloma is approximately ten miles northwest of Placerville, on Highway 49.