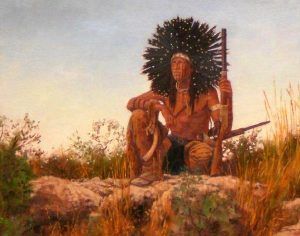 The Battle of Summit Springs, fought on July 11, 1869, near Sterling, Colorado, broke the power of the Cheyenne Dog Soldiers on the central Plains.

In response to a series of Cheyenne Indian raids in north-central Kansas in 1868 and 1869, the battle was led by Colonel Eugene Carr, commanding the U.S. Fifth Cavalry. The Cheyenne warriors, including the fierce Tall Bull of the Dog Soldiers, were exacting revenge for, among many things, the Washita Massacre in November of 1868. Carr had been ordered by Brigadier General Christopher C. Augur, commander of the Department of the Platte, to clear the Indians from the Republican River country and rescue two white prisoners, Maria Weichell and Susanna Alderdice.

Colonel Carr had 244 men of the 5th United States Regiment of Cavalry and 50 Pawnee Scouts led by Major Frank North. Also on this expedition was none other than Buffalo Bill Cody, who was working as a scout. After the Pawnee scouts spied a Cheyenne village with about 85 lodges, Carr deployed his forces carefully so that they hit the unsuspecting camp from three sides at once. 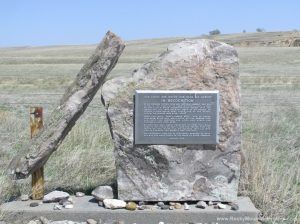 Guided by an Indian named Two Crows, the Cheyenne women and children took refuge in a nearby ravine. During the conflict, Tall Bull was killed. Carr officially reported that one trooper was wounded, 52 Indians were killed, and 17 women and children were captured. Of the two white prisoners, Susanna Alderdice was killed in the attack, and Maria Weichell was severely wounded but survived. Over 300 horses and mules were also captured. The soldiers burned the village to the ground when the battle was over.

With the death of Tall Bull, the Dog Soldiers fragmented into two groups, one drifting north to join the Northern Cheyenne and the other joining the Southern Cheyenne.

Summit Springs ended the conflict with Native Americans on the Colorado Plains. According to George Bent, who later related the history of the Cheyenne people, the Dog Soldiers were never again an important factor.

The battle site, located on private property, is marked. It is located about 14 miles southeast of Sterling, Colorado. 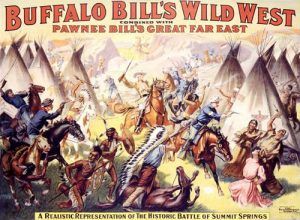