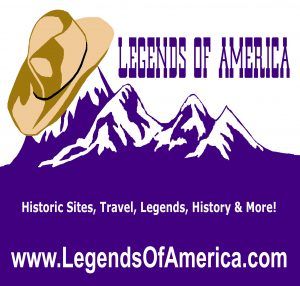 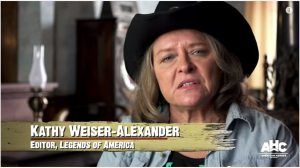 Like so many other small businesses, Legends of America started as a hobby. Owner-Editor, Kathy Weiser-Alexander has a deep-seated love for history, travel, writing, and almost anything falling within a creative realm. With this in mind, she started a small personal webpage called High Country Legends in 2002. Quickly, the ideas and opportunities expanded, and soon, a small business she started in 1998, called the Rocky Mountain General Store, was merged with the new website. This business, which was also more of a hobby, was the sales outlet for her creative endeavors.

In 2003 Kathy met David Alexander in Kansas City, though both are native Texans. That same year, the hobby website evolved into Legends of America, and it was the start of a new career. From the beginning, Dave contributed advice, and his technical knowledge and became a primary travel partner. Dave was involved in the radio broadcasting industry from his mid-teens. In 1999, Dave left the airwaves to join a company that designed, managed, and supported software for radio stations, which Google eventually purchased in 2006. His division was sold off in the fall of 2009, at which time he joined Legends of America full time. 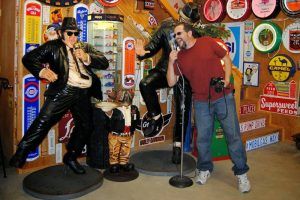 In 2014, Kathy was featured in the cable network Investigation Discovery (ID) channel’s “Evil Kin,” episode 202 about the Bloody Benders, and both Kathy and Dave took part in Ghost Towns: America’s Lost World, a 5+ hour, two-disc DVD released by Mill Creek Entertainment in April of the same year. In 2015, Kathy appeared on the American Heroes Channel in two episodes of the show “Gunslingers,” discussing Bat Masterson, original air date of August 2, 2015, and Bill Doolin, original air date of August 16, 2015. In 2016, Kathy appeared in the new AHC Series “American Lawmen” in season 1 episode “Dallas Stoudenmire: The Hero of El Paso,” original air date of March 16, 2016. In the Spring of 2018, Mill Creek Entertainment took portions of unaired footage from our interview in 2014 and created a new documentary, “Ghosts in Ghost Towns: Haunting the Wild West,” available to stream on Amazon. In March of 2019, Kathy appeared in “True First,” Season 1: Episode 6 –  “Bass Reeves” on UMC (Urban Movie Channel). 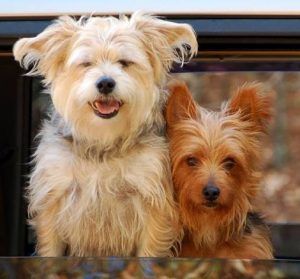