When we talk of American history, we find innumerable names which find a prominent place there and most of them are that of men. However, it has been seen that there are many powerful and influential women who have had a significant part in American history. Though some of these names are quite popular, some of the names have disappeared into oblivion. In this article we will discuss some famous women in American history: 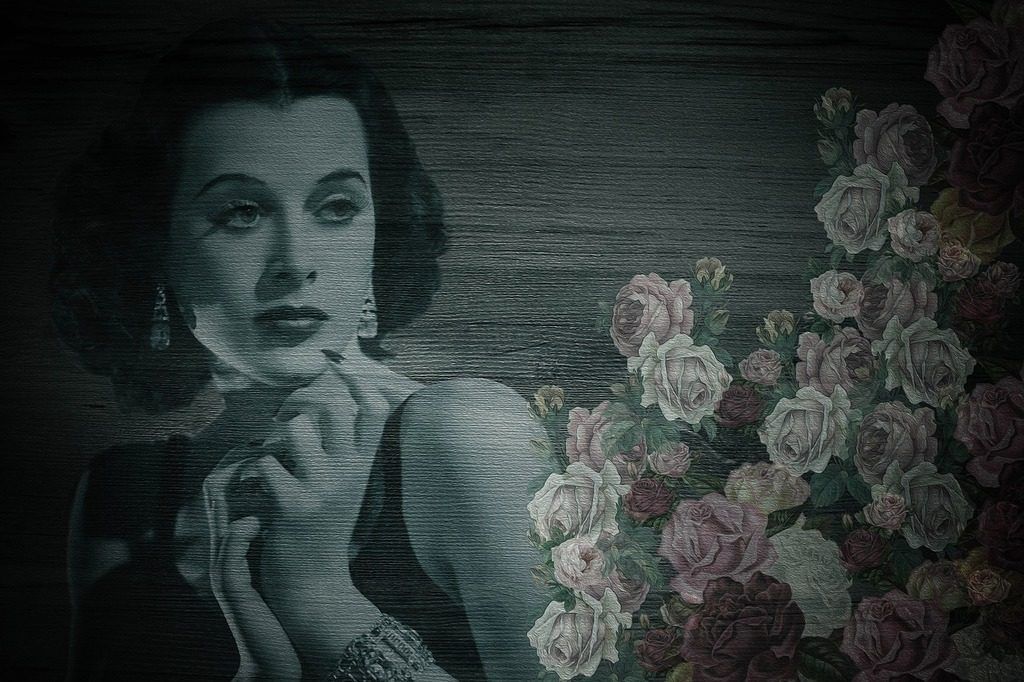 People know Hedy Lamarr as a glamor girl of Hollywood, but most do not know that she is also an inventor. She worked alongside George Antheil, who was a composer for developing the idea of “frequency hopping.” This would have helped military radios from being bugged. Initially, her patent was ignored by the US Navy. But later, many technologies were developed based on the same concept, without giving the lady any credit for the same. It was much later that the original patent was discovered and the lady was honored with an Electronic Frontier Foundation Award before her death in the year 2000. 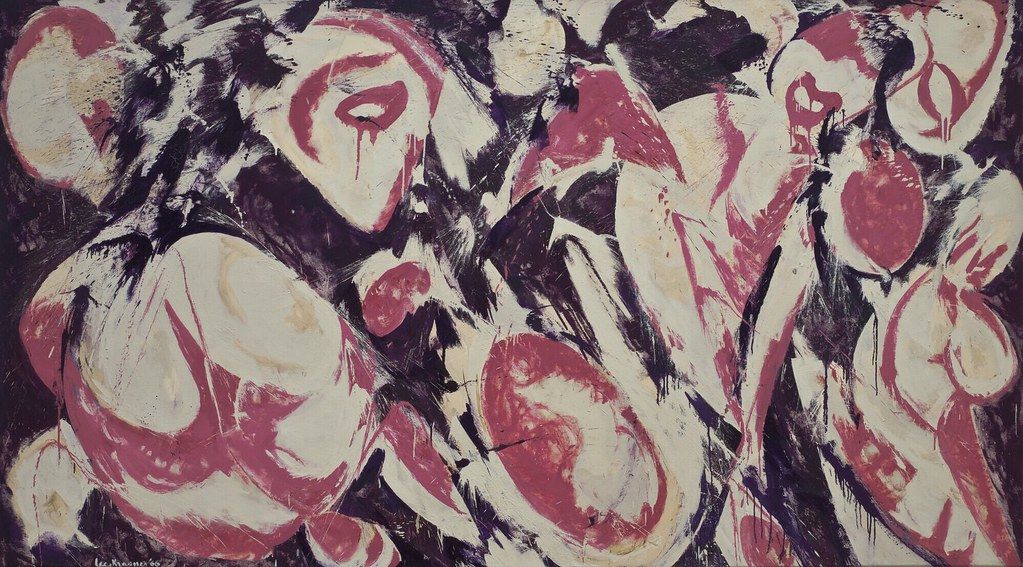 She was an American abstract expressionist painter, who did her work in the second half of the 20th century. She was the wife of renowned artist Jackson Pollock and her artworks were often overlooked and ignored. Though she was quite accomplished as a painter in her own way, Krasner never got the recognition she deserved. The volumes of her artwork were rediscovered in the 1970s. Among very few famous females in history, her work has a retrospective exhibit at the Museum of Modern Art. 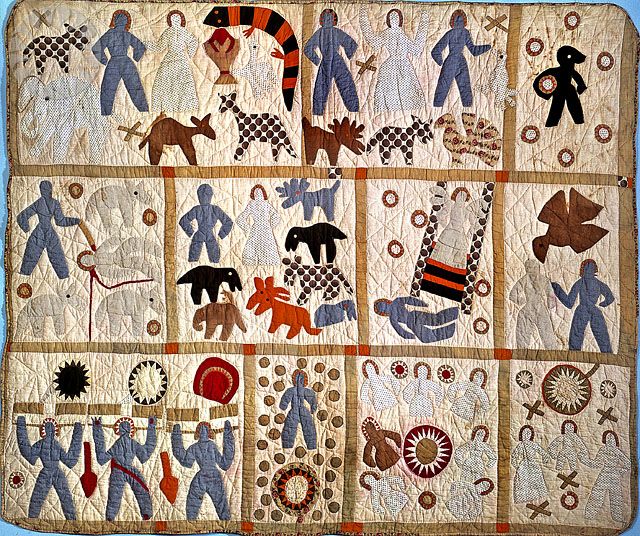 Though Harriet Powers was born in Georgia into slavery, she is one of the greatest Southern textile artists as far as the history of the United States goes. For telling her stories, she sought help from quilts, where she stitched elaborate and stunning images from various myths, celestial phenomena and also Biblical stories. She also drew on West African artistic traditions. Just two of the quilts which she stitched remain today. One is preserved at Smithsonian’s National Museum of American History and the other at Boston’s Museum of Fine Arts. 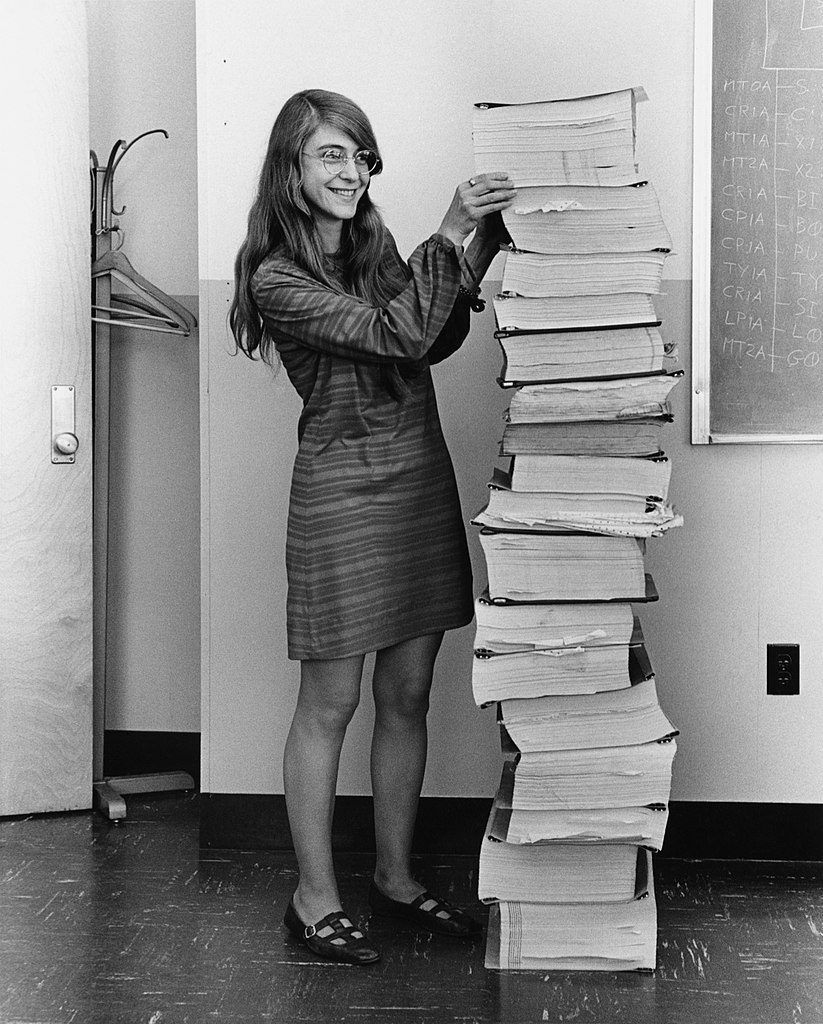 When it comes to forgotten, but prominent women in the history of America, the name of Margaret Hamilton should be taken with immense pride. We all know that in 1969 men set foot on the moon for the first time. Along with many well-known men, there were many women who also played a crucial role in the Apollo 11 mission. Margaret Hamilton was one such female member in the team. She was the leader of the Software Engineering Division of the MIT Instrumentation Laboratory used by NASA for the Apollo 11 mission. The lady led the development of the navigation system and the spacecraft’s guidance. She worked incessantly towards testing the software of Apollo 11. 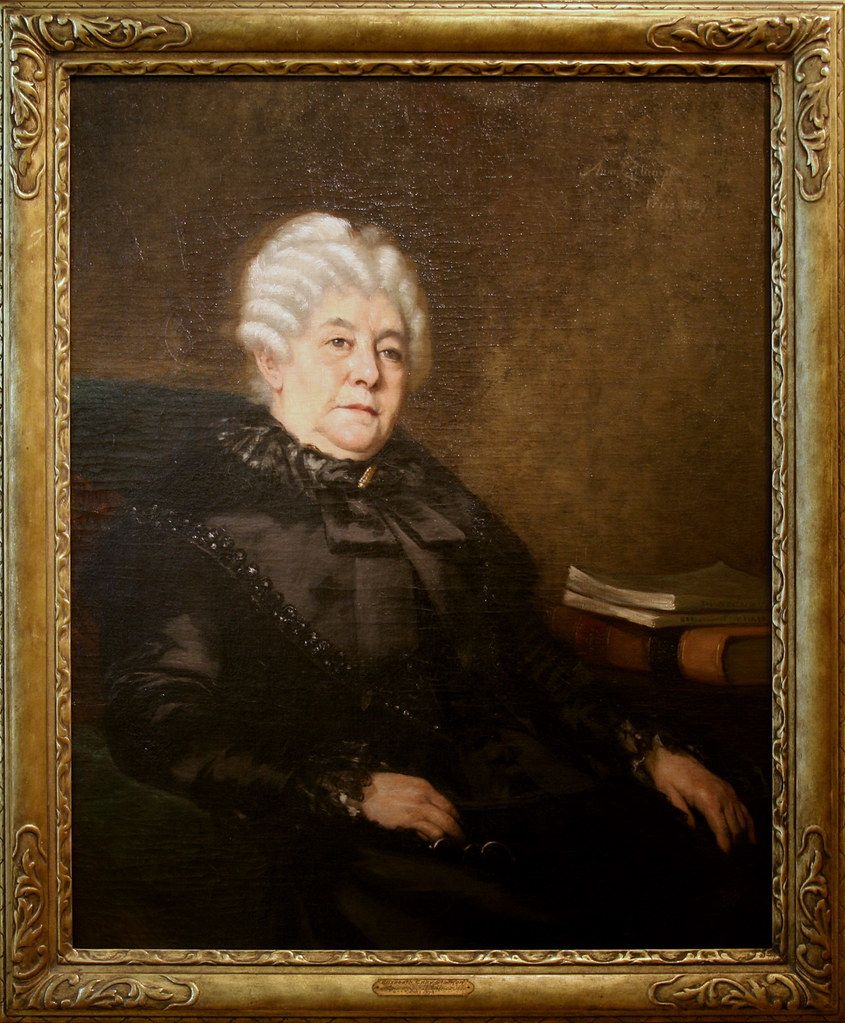 Born in the year 1815, Elizabeth Cady Stanton was an American abolitionist, suffragist and social activist working towards early women’s rights movement. She organized the first women’s rights convention in 1848 in Seneca Falls. With the help of Susan B. Anthony, she formed the National Women’s Loyal League and also co-established the National Woman Suffrage Association. The main aim of these works and associations was to help women in the United States gain the right to vote in the making of the government of the country. 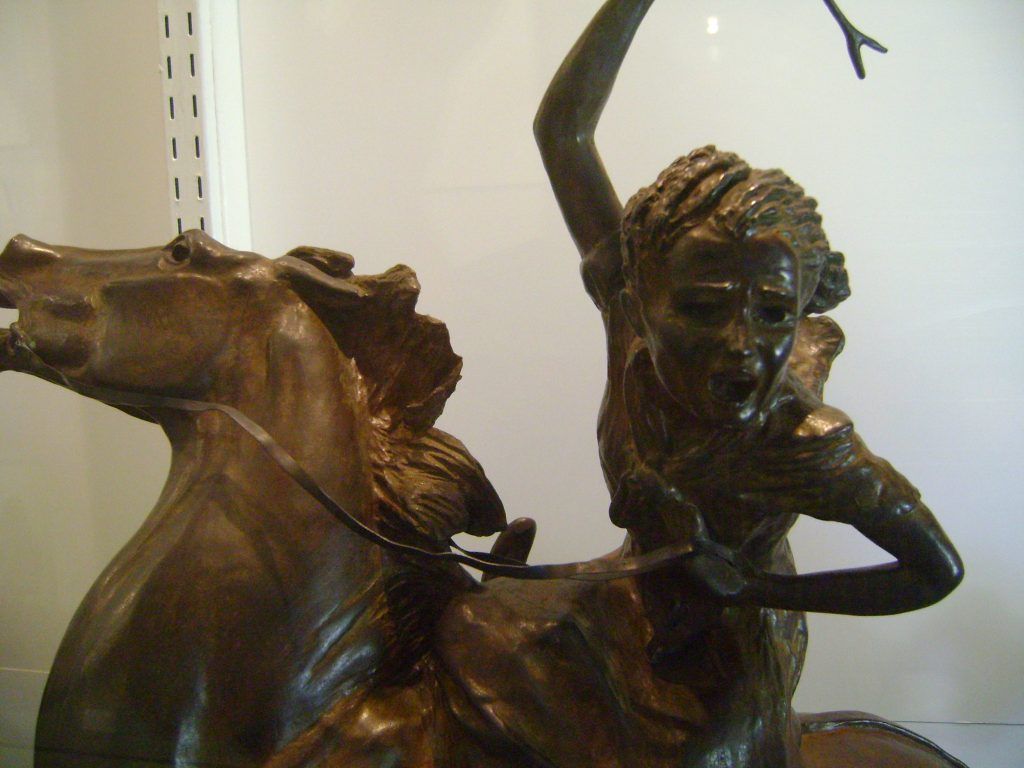 The name of Paul Revere is closely associated with the American revolutionaries. But there was a female revolutionary too by the name of Sybil Ludington who rode a long distance on a horse during the night for American freedom. When Sybil was just 16 years old, one day her father got information that the British were to attack Danbury, Connecticut, 25 miles from Ludington family’s home in New York. It was Sybil, who rode on a horse in torrential rain and covered 40 miles for announcing to the village that the British were coming. After this successful ride, she served as a messenger in the Revolutionary War. However, she was lost into oblivion soon after that. 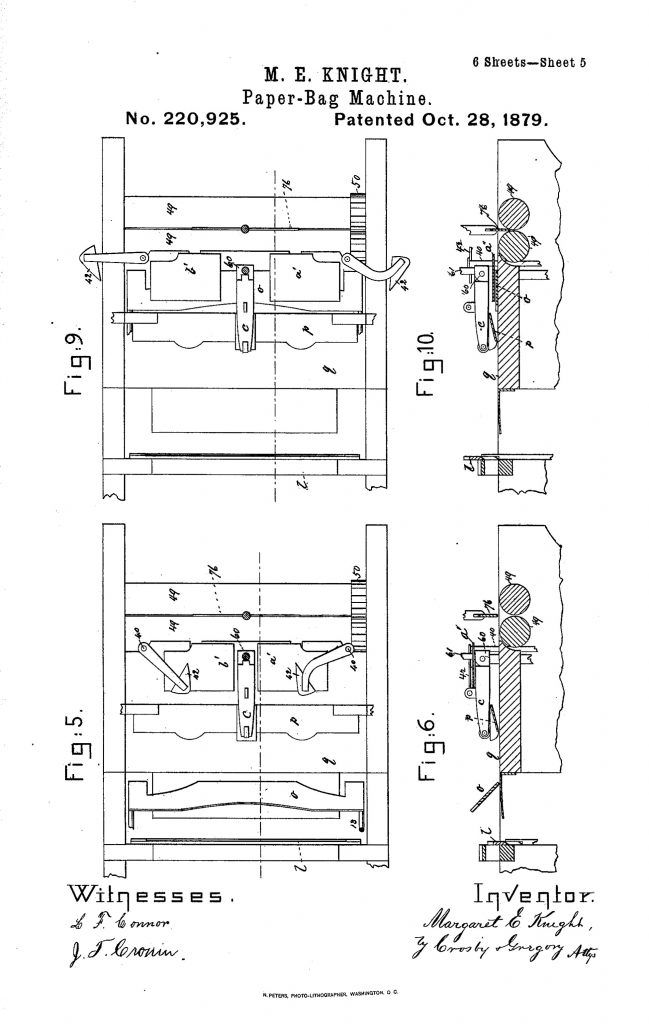 While talking about famous women in America who made an important impact, the name of Margaret E. Knight cannot be missed in any way. She was born in Maine and went a long way from working in a factory to inventing a product, which had an impact on the whole world. The way groceries were packed changed forever when the paper bag was invented. The lady created a machine, which could produce paper bags with flat bottoms in mass volumes. The paper industry was also impacted to a great extent with the invention. Even today, such machines are designed based on the original design of Knight. 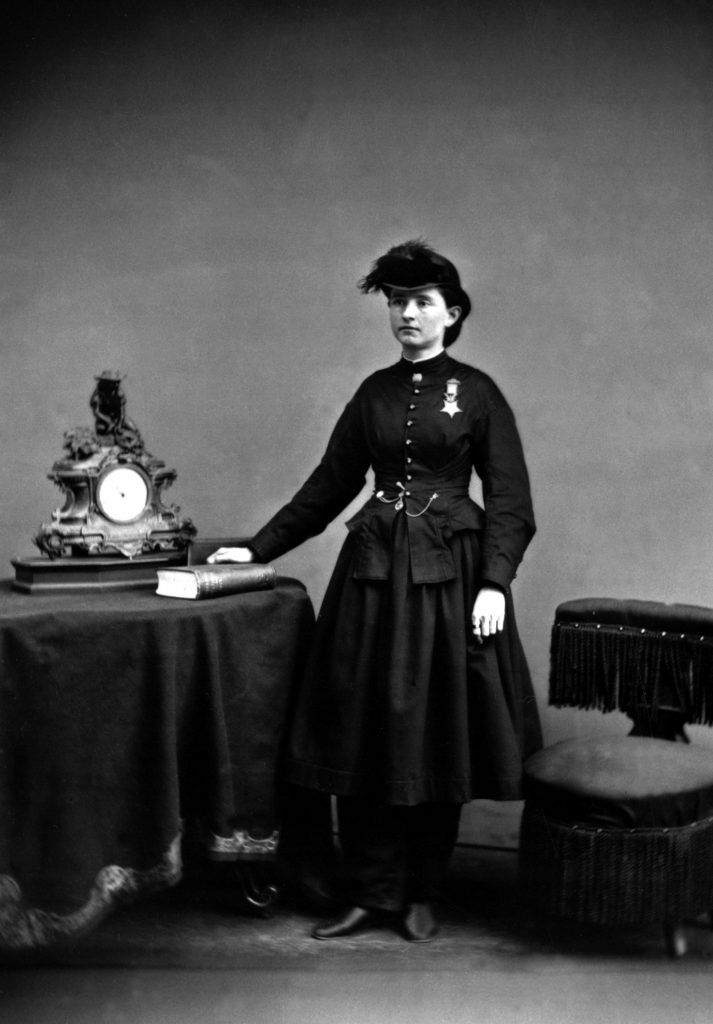 She is not only the first woman physician in the US Army, but she is also the only woman who has received the Medal of Honor. Her application for joining the Union Army as a Medical Officer was rejected and she volunteered as a surgeon. She was captured and kept as a Prisoner of War. However, she was released and acted as an assisting surgeon. She attended to sick and wounded soldiers, both in the fields and hospitals at the risk of her own health. She fought strongly for women’s rights too. 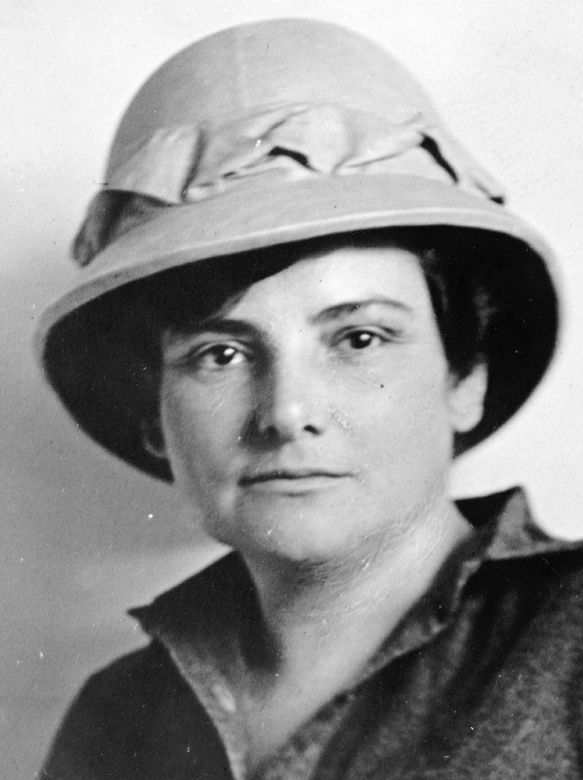 Harriet Chalmers Adams was born in California and was an American writer, photographer, and explorer. As a young kid, she traveled with her father from Oregon to Mexico without any fear. She could also speak six languages fluently as a young woman. The most important and interesting thing about the lady is that she traveled almost the whole of the world and wrote that in National Geographic. She also turned into an interesting lecturer and told people about her travel stories.

Check out these superwomen from America who created a great impact in the history of the country with their contributions. 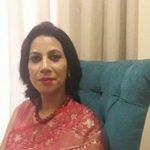 About the Author: Vandana is the Co-founder and Editor of Historyly, a teacher by profession. She has a passion for reading and writing about different historical periods. Historyly was started with the view to make ancient history meaningful and interesting to the everyday reader.

Timeline of American Women in History