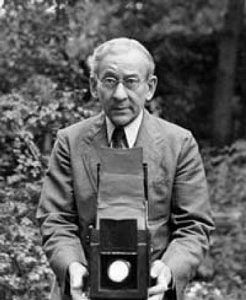 Lewis Wickes Hine was a sociologist and photographer who used his camera as a tool for social reform. His photographs were instrumental in changing the child labor laws.

Hine was born in Oshkosh, Wisconsin, on September 26, 1874. Unfortunately, his father died when he was still young, and he began to work and save money to go to college. He studied sociology at the University of Chicago, Columbia University, and New York University from 1900 to1907. It was during this time that he purchased his first camera in 1903.

After graduating, he went to work as a teacher in New York City at the Ethical Culture School, where he used his photographs in teaching and encouraged his students to do the same.

While working in New York, Hine began to use his camera to capture poverty and many of the immigrants at Ellis Island. Between 1904 and 1909, Hine took over 200 photographs and soon concluded that he wanted to work as a photojournalist.

In 1906, he became the staff photographer of the Russell Sage Foundation, where he photographed life in the steel-making districts and people of Pittsburgh, Pennsylvania, for a sociological study called the Pittsburgh Survey. In 1908, he became the photographer for the National Child Labor Committee and, over the next decade, documented child labor in American industry to aid the lobbying efforts to end the practice. That same year, he published Charities and the Commons, a collection of photographs of tenements and sweatshops, hoping to bring about social reform. 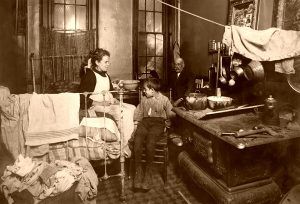 In one 12 month period, Hine traveled over 12,000 miles taking pictures of children working in factories and other occupations. Unlike other photographers, Hine did not attempt to exaggerate the poverty of these young people, and some of his critics claimed that his photographs were not “shocking enough.” To this, Hine argued that people were more likely to join the campaign against child labor if the photographs accurately captured the reality of the situation. Many businesses often refused Hine permission to enter their properties and accused him of muckraking. To lessen this and gain access, he sometimes hid his camera and posed as a fire inspector.

During and after World War I, he photographed American Red Cross relief work in Europe and, in the early 1930s, made a series of “work portraits,” which emphasized the risks many workers endured.

During the Great Depression, he photographed drought relief for the Red Cross and mountain life for the Tennessee Valley Authority. He also served as chief photographer for the Works Progress Administration’s (WPA) National Research Project, which studied changes in the industry and their effect on employment and was a member of the Ethical Culture Fieldston School faculty. 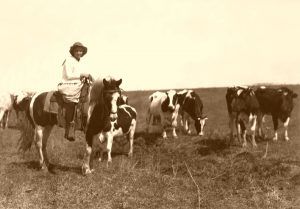 Over time, however, many of the government programs were discontinued, and Hine’s corporate patronage dropped off. For whatever reasons, few people were interested in his work. He eventually lost his house and applied for welfare. On November 3, 1940, at the age of 66, he died at Dobbs Ferry Hospital in Dobbs Ferry, New York, after an operation.