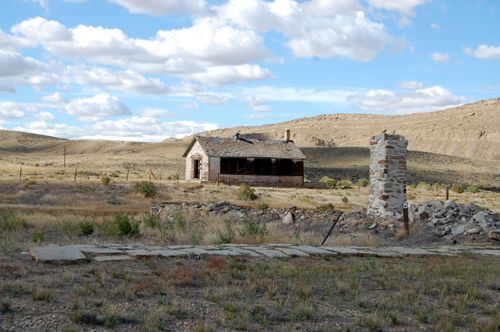 Fort Fred Steele was established on June 20, 1868, to guard the men who were building the Union Pacific Railroad across southern Wyoming against Indian attacks. Located on the west bank of the North Platte River, the site was selected by Colonel Richard Dodge, and named for Major General Frederick Steele, a Civil War hero. In the beginning, the post was little more than a tent city, until some 300 troops were tasked with building the fort. In addition to the troops, more civilians were hired to assist with the construction.

The post eventually included a sawmill, engineer, blacksmith, saddler, wheelwright, and a sutler’s store, in addition to barracks, officer’s quarters and other fort buildings. Most of the buildings were constructed of wood cut from Elk Mountain. Before long, the railroad and the fort attracted cattlemen, sheepherders, loggers, miners, and merchants to the area and a small community sprang up around the fort.

In September 1879, while Major Thomas T. Thornburgh was commanding Fort Fred Steele, Ute Indians, angry over prospectors invading their lands, were creating disturbances in northern Colorado. Thornburgh and his men were ordered to put down the uprising and soon set out toward the White River Indian Agency in Rio Blanca County, Colorado. However, before they arrived, the Ute burned the buildings of the agency and killed Indian Agent, Nathan C. Meeker, and nine employees in what is known as the Meeker Massacre on September 29, 1879. That very day, Thornburgh and his men arrived on the northern edge of the Ute Reservation and were ambushed by the Indians. Major Thomas T. Thornburgh and 13 of his soldiers were killed. In retaliation, over the next week, what is known as the Battle of Milk Creek took place, subduing the Ute Indians. 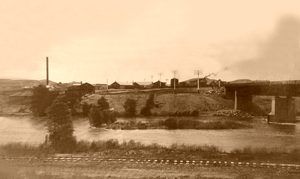 Construction of the Union Pacific Railroad stimulated the growth of the timber industry in southern Wyoming. A sawmill was built on the east side of the North Platte River by Coe and Carbon, who supplied the lumber for Fort Fred Steele until 1886.

After the railroad was completed, the soldiers continued to protect the area, especially the vulnerable railroad bridge across the North Platte River. However, by 1886, the area Indians had been subdued and the War Department deactivated the post on August 7th. The troops were transferred to other military facilities and the vast majority of the bodies buried at the post cemetery were moved to Fort McPherson National Cemetery in Nebraska. In the cemetery were the remains of 80 people who worked in or around the fort, including 1 officer, 24 soldiers, 8 children, 2 wives, and 45 unknowns or civilians. Today, the cemetery includes just a few remains and broken markers.

Though the soldiers were gone, the small settlement that had grown up around the fort remained, prospering for a time as a logging center. During this time, the sawmill continued to prosper. Cutting and shaping the trees in the meantime, only a single guard remained at the post to oversee the property.

In 1892 and 1893, most of the buildings were sold at public auction and were moved from the fort. In 1894, other remaining buildings and the land were sold to the Cosgriff Brothers, who began a major sheep operation.

Establishing large herds in the area, the Cosgriffs constructed one of the largest sheep shearing plants in the state in 1903. In 1905, over 800,000 pounds of wool was shipped to Boston, the single largest shipment of wool ever sent out of Wyoming.

In 1915, the Cosgriffs’ land, including that of the old post, was purchased by another large sheep owner by the name of L.E. Vivion. A house, lean-to and shed that was once part of the operation continue to stand.

The small settlement got a reprieve when the Lincoln Highway, the nation’s first transcontinental highway, passed through the town, boosting the economy between 1920 and 1939. During this time, some of the old barracks and other buildings at Fort Steel were used as gasoline stations, cafes, and motels. The largest hotel, containing 22 rooms, was housed in an old military barracks building. Unfortunately, it burned down in November 1923. 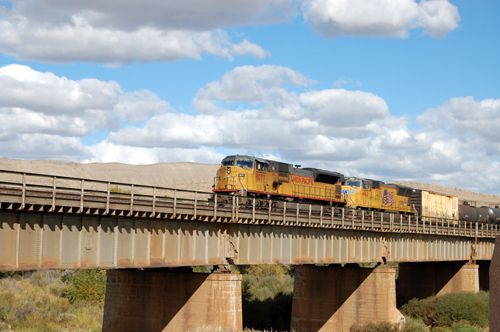 Until it was rerouted, the Lincoln Highway took motorists straight through the middle of Fort Fred Steele. However, in 1939, U.S. 30 was re-routed and paved a few years later at its present location near I-80. At that time, most of the commercial activity ended and the number of residents declined rapidly. With the beginning of World War II and the end of the timber industry, the town was dealt its final death blow.

Today, visitors to the fort can walk along an interpretive trail and see the remnants of two large warehouses, the officer’s quarters, and the powder magazine, the only fully intact structure remaining. A couple of wooden buildings also continue to stand, along with the remains of the cemetery.

The old post is located about nine miles east of Sinclair, Wyoming just about one mile north of I-80 at exit 219. 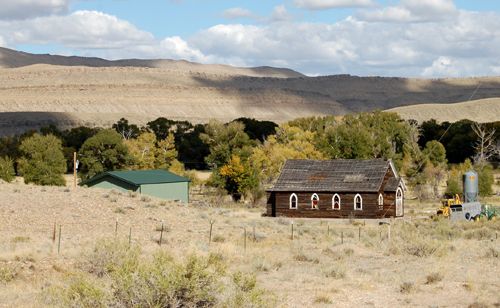 The old Hanna Wy Catholic church was relocated to private property next to Fort Fred Steele and is not related to the fort.