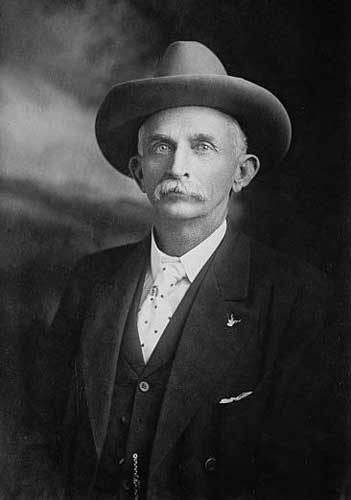 William Jesse McDonald was a Texas Ranger and U.S. Deputy Marshal in Oklahoma.

McDonald was born on a plantation in Kemper County, Mississippi, on September 28, 1852. When the Civil War began, his father joined the Confederacy and was killed when William was just ten, leaving the young boy as the oldest male in the family. In 1866, they moved to east Texas and settled on a farm near Henderson in Rusk County. After graduating from college, he started a small store at Mineola and later became a deputy sheriff.

In 1887, he became a U.S. Deputy Marshal, working to clean up the lawless Indian Territory. In 1891, McDonald was selected to replace S. A. McMurry as Captain of Company B, Frontier Battalion of the Texas Rangers. He served as a Ranger captain until 1907. Captain McDonald and his company took part in a number of celebrated cases including the Fitzsimmons-Maher prize fight, the Wichita Falls bank robbery, the Reese-Townsend feud, and the Brownsville Raid of 1906. His handling of the troops of the 25th U.S. Infantry during this last incident made him known as “a man who would charge hell with a bucket of water.” 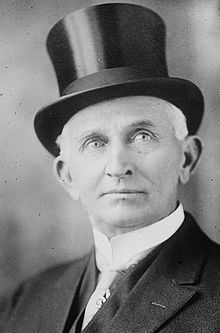 As his career wound down, he served as a bodyguard for Teddy Roosevelt on a hunting expedition and for Woodrow Wilson. Bill McDonald died of pneumonia on January 15, 1918, at Wichita Falls and was buried at Quanah, Texas. On his tombstone is carved the following motto: “No man in the wrong can stand up against a fellow that’s in the right and keeps on a-comin’.”