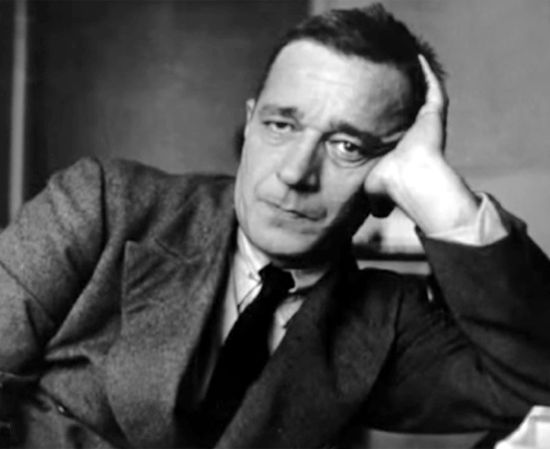 Walker Evans was an American photographer who is best known for his work for the Farm Security Administration (FSA), documenting the effects of the Great Depression. He said that his goal as a photographer was to make pictures that are “literate, authoritative, transcendent.”

Born in St. Louis, Missouri, on November 3, 1903, Evans came from an affluent family, and he spent his youth in Toledo, Chicago, and New York City. He graduated from Phillips Academy in Andover, Massachusetts, in 1922. He then studied French literature for a year at Williams College in Massachusetts before dropping out. After spending a year in Paris in 1926, he returned to New York and worked as a stockbroker firm on Wall Street from 1927 to 1929. While there, he took up photography in 1928. Three of his photographs were published in a poetry book in 1930, and the following year, he was commissioned to take a photo series of Victorian homes in Boston. Another commission sent him to Cuba in 1933.

By 1935, he worked for the Resettlement Administration (RA), taking photos in West Virginia and Pennsylvania. When the department became the Farm Security Administration (FSA), he was primarily taking photos in the Southern United States. The next year, while still working for the FSA, he and writer James Agee were sent by Fortune magazine to Alabama to stay with and document the lives of three white tenant families in southern Alabama during the Great Depression, which resulted in the book, Let Us Now Praise Famous Men. Evans continued to work for the FSA until 1938. 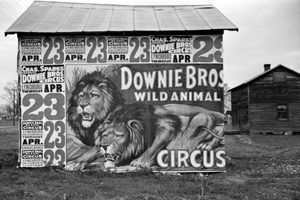 Circus Poster on building in Lynchburg, Tennessee, by Walker Evans, 1936.

That same year, his photographs were held at The Museum of Modern Art in New York. This was the first exhibition in this museum devoted to the work of a single photographer. By 1945, he was working as a staff writer at Time magazine and shortly afterward, he became an editor at Fortune magazine, a position he held until 1965. He then became a professor of photography for Graphic Design at the Yale University School of Art.

On April 10, 1975, he died at his home in Old Lyme, Connecticut. The vast majority of his work is now held by The Metropolitan Museum of Art in New York City. However, the Library of Congress holds about 1,000 negatives he took while working for the government.