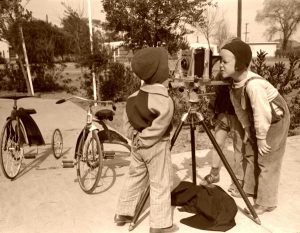 The Farm Security Administration (FSA) was created in the Department of Agriculture in 1937. The FSA and its predecessor, the Resettlement Administration (RA), created in 1935, were New Deal programs designed to assist poor farmers during the Dust Bowl and the Great Depression.

On March 9, 1933, the new president, Franklin D. Roosevelt, called a special session of Congress, telling them that unemployment could only be solved “by direct recruiting by the Government itself.” For the next three months, Roosevelt proposed, and Congress passed, a series of important bills that attempted to deal with the problem of unemployment. These programs became known as Roosevelt’s New Deal.

The Resettlement Administration (RA) was created in 1935 and to relocate struggling urban and rural families to communities planned by the federal government.

However, this objective was unpopular among the majority in Congress as it appeared to be socialistic to some and threatened to deprive influential farm owners of their tenant workforce. Its focus changed to building relief camps in California for migratory workers, especially refugees from the drought-struck Dust Bowl of middle America and the Southwest. Though this objective was highly resisted by a large share of Californians, who did not want destitute migrants to settle in their midst, 95 camps were built that gave migrants clean quarters with running water and other amenities. Though the program assisted some 75,000 people, they were only a small share of those in need and were only allowed to stay temporarily.

After facing enormous criticism for poor management, the Resettlement Administration was transferred to the Department of Agriculture in September 1937 as part of the Farm Security Administration (FSA). This department, established in 1935, had a set of responsibilities that included support for small farmers and the refurbishment of land and communities ruined by the Depression. Focused on improving the lifestyle of sharecroppers, tenants, poor landowning farmers, and a program to purchase sub-marginal land and resettle them on government-owned group farms, this program also had its critics. One of the largest – Farm Bureau, strongly opposed the FSA as an experiment in collectivizing agriculture.

In the end, the program failed because the farmers wanted ownership, and when the United States entered World War II in 1941, millions of jobs were available in the cities. By 1943, Congress greatly reduced FSA’s activities and transferred its remaining responsibilities to the Office of War Information. the following year

During the FSA’s existence was a small but highly influential photography program that portrayed the challenges of rural poverty. The program was managed by Roy Stryker, who initially headed the photograph division of the Resettlement Administration. When that program moved to the FSA, Stryker went with it. Under him, the Information Division of the FSA adopted a goal of “introducing America to Americans” via a focus on photography and written narratives.

At first, the photo division focused on the lives of sharecroppers in the South and of migratory agricultural workers in the Midwestern and western states. However, the project’s scope expanded over time, and the photographers turned to recording rural and urban conditions throughout the United States and mobilization efforts for World War II. 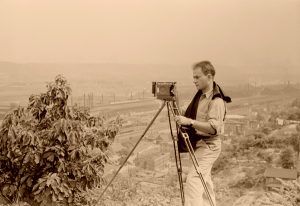 The Farm Security Administration (FSA) and Office of War Information (OWI) photographs were transferred to the Library of Congress beginning in 1944.

These many photographs form an extensive pictorial record of American life between 1935 and 1944. The RA-FSA took more than 250,000 images of rural poverty. About half of these images survive.