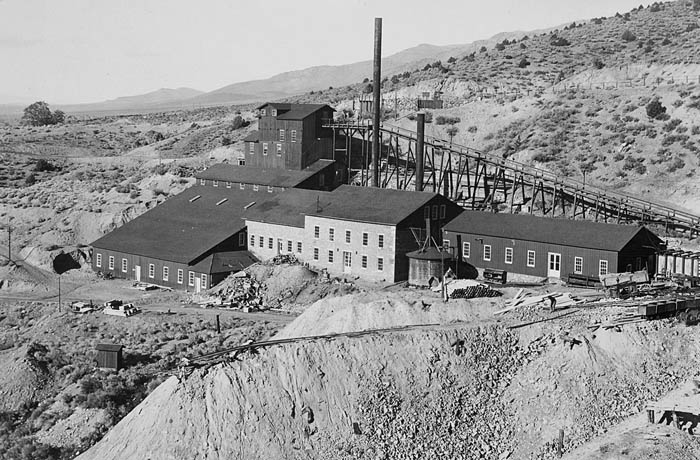 While employed in the office of the County Recorder in Austin, Nevada in 1865, it fell to my duty to copy a prospectus of a proposed mining company that was to be “placed” on the eastern market, and as it was remarkable in its way and illustrates the methods pursued in early days, I have endeavored to reproduce it.

As near as I can recall the words now, the prospectus stated that “in offering this remarkable silver mine to the public as a rare opportunity for legitimate investment, the high standing and well-known character of the present owner is a guarantee of good faith; and coupled with his rare knowledge of, and skill in silver mining, is an assurance of fair and honest dealing to any who may desire to invest. It is with no desire to mislead the public, that the owner is frank enough to admit that, were it not for the vast amount of capital which he has now tied up in other mines, which are now in process of development, and therefore, at present unproductive, he would not present this very promising mine to the public for investment. The circumstances are such that this magnificent opportunity will probably not remain open longer than thirty days, and those who are contemplating an investment of this character should not hesitate, as the guarantees accompanying this offer are not only protection against any possible loss, but also warrant a greater profit than can be obtained in any other similar investment.” 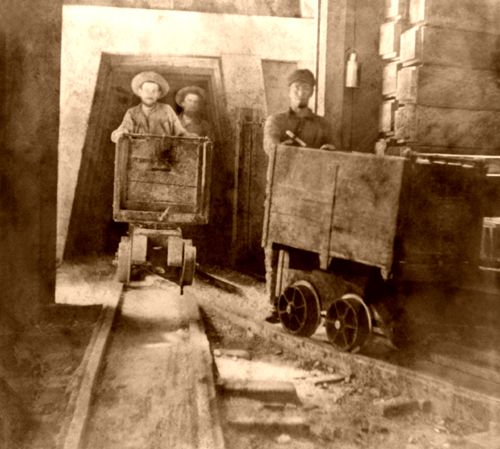 Without attempting to recall the legal verbiage of the prospectus, it will be sufficient to explain briefly that the guarantee against loss, consisted in the promise that as soon as the stock was fully subscribed and the company formed, the present owner would convey all his interests to the trustees to be selected by a majority of the stockholders. That seemed to be considered as good a guarantee as could be given by the Bank of England. A description of the mine then followed, commencing with its discovery on what was set forth to be thorough scientific principles. The discoverer, Senor Alvarez, it is said, had followed silver mining ever since boyhood in the mines of old Mexico, where he had made vast fortunes, but lost his great wealth in the frequent revolutions of that unhappy country.

He then removed to California and shortly afterward, in 1859, hearing of the discoveries at Gold Hill, Nevada, went there and while others were looking for gold, he, with his intimate knowledge of silver mining, located the celebrated Spanish Mine, from which he had amassed great wealth. When, three years later, new discoveries were reported in a mighty range of mountains, in the Reese River section, he immediately organized a party of prospectors and leading them himself, proceeded to the new region, and selecting the highest peak in the great Toiyabe Range, which experience taught him was the home of the mother lode, he began a systematic and scientific search for silver. He was rewarded in finding, after a laborious search in tracing the float up the sides of a precipitous canyon argentiferous croppings of great richness, and by a system of cross-cuts and excavations, he had discovered the great mother lode.

The evidence of this fact was the character of the ore, which, instead of consisting of light chlorides that easily washed away and were lost in the amalgamation, was mingled in solid cubes of argentiferous galena, which required only to be melted down to yield virgin silver. The superior character of this class of mines was the rapidly increasing richness that followed as depth was obtained, and in the slight explorations already made on this, the St. Helena Mine, and the increased value of the ore, it was reasonably fair to presume that at a depth of 500 feet from the surface the great vein would become a solid body of silver.

My heart almost stood still when I penned the last sentence, for I had been the deputy mining recorder in Washington District, where the St. Helena Mine was situated, and in the performance of my duty, I had duly measured the claim, fixed the boundary monuments, and actually recorded in Book “A” of the records this wonderful mine. I wanted to throw down my pen and start off afoot, in the shades of the evening then approaching, and go there and locate a claim anywhere in sight of it. But it was 40 miles away, and, as I hesitated, I recalled the fact that Alvarez had about 50 Mexicans on the ground at work for him, and they, knowing a good thing in silver mines, must have located the whole country round about, “with all the dips, spurs, angles and variations,” which the last sentence in every mining location notice left nothing out in the cold.

I, therefore, finished the document in nervous haste, thinking what a fool I was not to secure an interest when I might have done so. In due time, the agent started east to place this valuable property on the market. From some cause, he got stranded at Salt Lake City, Utah, and during the vexatious delays that followed, Alvarez became involved, the property was levied upon, the camp broken up, the Mexicans scattered to the four winds, and now, after 28 years, the St. Helena Mine remains nearly as it was then, and the funny part is, that no one has ever yet disproved the assertion set forth in the prospectus, that at a depth of 500 feet the ledge would be found a solid mass of silver.

By William Daugherty in 1891. Compiled and edited by Kathy Weiser/Legends of America, updated January 2021.