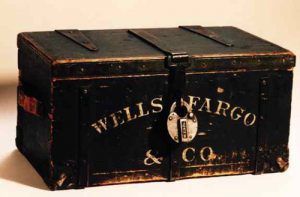 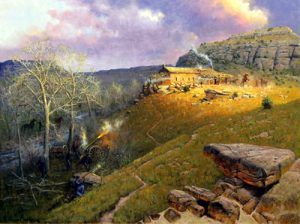 Somewhere in the vicinity of Robber’s Roost, Oklahoma, outlaw William Coe allegedly hid his treasure. Painting by Wayne Cooper of Depew, Oklahoma. Dedicated to the Oklahoma State Senate in 2007.

Through the years, Oklahoma was a crossing point to and from the California Gold Rush and was well-known for its many outlaws during its days as Indian Territory. Some of this loot was lost, buried, and cached along the way and still remains hidden today.