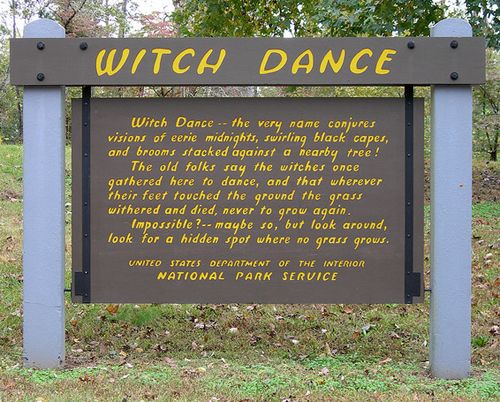 The Witch by Jack Prelutsky
She comes by night, in fearsome flight,
In garments black as pitch,
the queen of doom upon her broom,
the wild and wicked witch,

a crackling crone with brittle bones
and dessicated limbs,
two evil eyes with warts and sties
and bags about the rims,

a dangling nose, ten twisted toes
and fold of shriveled skin,
cracked and chipped and crackled lips
that frame a toothless grin.

She hurtles by, she sweeps the sky
and hurls a piercing screech.
As she swoops past, a spell is cast
on all her curses reach.

Take care to hide when the wild witch rides
to shriek her evil spell.
What she may do with a word or two
is much too grim to tell.

Just south of Tupelo, Mississippi is a sign on the Natchez Trace Parkway which reads “Witch Dance.” The very name conjures visions swirling black capes, eerie moonlight in a shadowed forest, and a cauldron of bubbling potion over a roaring fire. Was it so? Local legend says “yes!” Though the site serves as a campground today, tales of danger have persisted for centuries, allegedly making it one of the most haunted places in the Magnolia State.

The original inhabitants of the area were of the Hopewell culture, who were comprised of groups of related bands who flourished from about 200 BC to 500 AD. Later, many of their descendants would join with the Chickasaw and Choctaw tribes. The superstition and mysteries of the Trace are as old as these earliest known inhabitants. Native American lore tells that the Hopewell Indians escaped to the area during oppressive times in Mexico, carrying the bones of their ancestors with them. Many of these bones became part of the great mounds that were built in the area of Natchez Trace.

This paleo-Indian group first inhabited the area around Witch Dance and was responsible for constructing the Bynum Mounds, located between Witch Dance and Houston, Mississippi. According to legend, their leader, carrying a sacred bag and a medicine stick, and accompanied by a white dog, guided them in their journey. Each night, the leader would plant the medicine stick in the ground and they would encamp it that place. During their stay, the pole would alter its position, a signal that it was time to continue their journey. Whichever way it pointed, the people followed. The white dog would lead them to berries and food along the way. 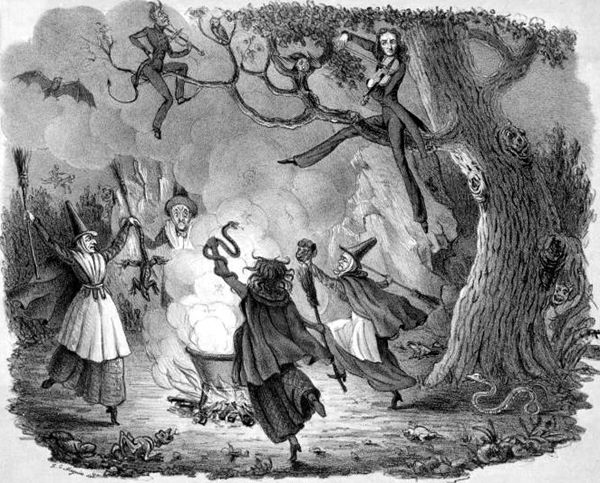 Eventually, the stick pointed straight up, indicating they had arrived at their new home. The people buried the bones of their ancestors in mounds, which would grow larger over the years. Two of the men in this group were brothers named Chata and Chicksah. Sometime later, the brothers discovered that the land could not support all of the people. Chicksah took half the people and departed to the North and eventually became the Chickasaw tribe. Chatah and the others remained near the mound and are now known as the Choctaw.

Perhaps because the area was already steeped in legend and superstition, witches later began to gather at the place called “Witch Dance” for nighttime ceremonies. Celebrating and improving their “abilities”, they would feast and dance throughout the night. Lore has it that where their feet touched the ground during their dances, the grass would wither and die, never to grow again. Who these witches were or from where they came remains a mystery.

The Chickasaw and the Choctaw Indians in the area immediately began to avoid the scorched patches of ground. During the War of 1812 and the Creek War that followed, Andrew Jackson often traveled up and down the Natchez Trace. Though there is no indication that he feared the spots, they were interesting enough that he recorded them in his journal.

Travelers and traders were also perplexed by the barren spots in the earth, but, they had something more to fear – thieves and killers along the Trace, such as the notorious Harpe brothers, Joseph Thompson Hare, and Samuel “Wolfman” Mason. The Harpe brothers, who often robbed and killed along the Trace were described as “remorseless butchers” and “damned for eternity to wander” the streets of Natchez. The brothers were probably insane, as they murdered on the slightest pretext. On one occasion, “Big Harpe” killed Major John Love merely because he snored too loudly. The brothers also murdered women and children and often dismembered their victims’ bodies. 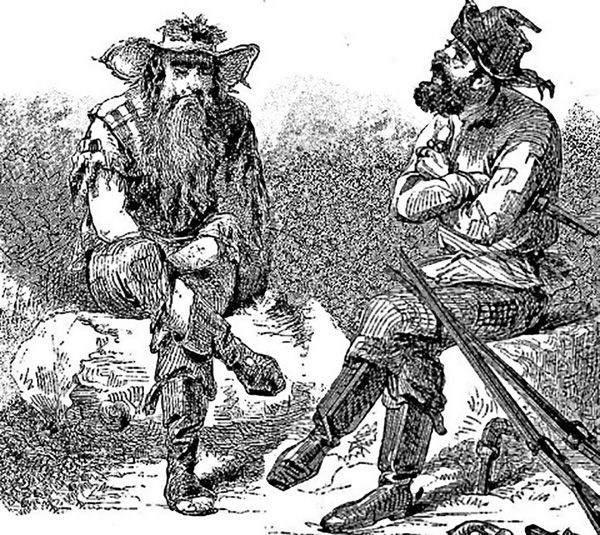 At some point prior to his death, Big Harpe was traveling along the Natchez Trace with an Indian guide who showed him the bare spots in the ground and told him of the legend of the Witch Dance. Big Harpe only scoffed at this and began to leap from spot to spot, daring the witches to come out and fight him. Of course, nothing happened, at least, not then. Eventually, Big Harpe made his way back to Kentucky, where he was tracked down by a posse in August 1799. In revenge for his wife who had been murdered by the brothers, one of the men severed his head and nailed it to a tree. Later, the skull was said to have been removed by a witch, ground into a powder and used as a potion to heal a relative. Word soon got around and when travelers retold the story along the Trace, they would swear they could hear crackling laughter coming from the nearby bushes and trees.

Today, these “scorched spots” can still be seen, and still, nothing grows in their place. Many people in the area continue to avoid the place called Witch Dance and even fear to be anywhere close to the Indian mounds on dark and dreary nights.

Witch Dance is located on the Natchez Trace Parkway at milepost 233.2. Today it is a bicycle-only campground and staging area for the Witch Dance horse trail in the Tombigbee National Forest.

Sleep here if you dare.