Branson, Missouri, situated in the Ozark Mountains in the southwest portion of the state, has long been a popular destination for vacationers due to its location along Lake Taneycomo. In the late 1950s, the city began to transform itself into a popular venue for entertainers, and before long, it grew to include several attractions that bring thousands of visitors today. In 1882 an entrepreneur named Ruben Branson opened the first general store and post office as settlers began to come to the area seeking and finding plentiful game and fertile land. The area began to thrive because of the great fishing in the White River. 1895 saw the beginning of a new agricultural crop – tomatoes thrived here, and soon a cannery was built in nearby Stone County. The many cans of tomatoes were loaded onto Paddle Wheel boats on the White River, starting an industry that would last for over 75 years.

In the early 1900s, there were many farms near the Branson Post Office, a handle factory, a tobacco barn, cotton gin, and a steamboat landing at the waterfront. The tobacco industry was the largest agricultural crop in the area. It would continue until 1959 when the tobacco farms became the bottom of the newly formed Table Rock Lake. The first school sat high up on the hill overlooking downtown Branson. The settlement took the name of its first postmaster until 1901, when the second postmaster, named William Hawking, changed the post office’s name to Lucia.

The Strip in Branson, Missouri, is filled with entertainment venues by Kathy Alexander.

In 1903 the completion of the Iron Mountain and Southern railroad would soon allow visitors from all over to come and explore the untouched and unspoiled beauty of the Branson area. The Railroad Company began working below the Lucia Post Office on the right of ways and other land acquired by the railroad. A portion of the property was soon designated for a town and placed under the direction of Charles Fulbright, the president of the Branson Town Company. Fulbright laid out and filed the town plot of Branson on October 26, 1903. Unfortunately, another town plot for Lucia had been filed by a man named B. B. Price on October 2, 1903. By the end of November, Mr. Fulbright owned both town sites, and the name of Branson eventually prevailed.

In 1904, Branson boasted a General Store, two saloons, a rooming house, two doctors, and a couple of other businesses. The same year would also see Branson’s first telephone line to the town. 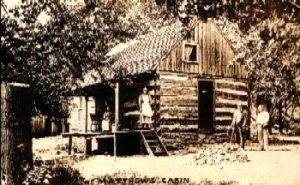 In late 1905 gained its first newspaper – The Branson Echo. The first regular passenger train arrived in Branson carrying businessmen, speculators, and tourists the following year. With the opening of the “Maine Fishing and Hunting Lodge,” the Lynch sisters giving tours of Marvel Cave, and float and fishing trips becoming common, Branson soon became a tourist town.

Harold Bell Wright, a Kansas minister, was drawn to Branson because of his health. Afflicted with tuberculosis, he had begun to visit every summer, stopping among the hill folks, exploring Marvel Cave, and enjoying the area’s natural setting.

He was so impressed with the people and natural beauty of the area that he wrote his best-selling book “Shepherd of the Hills,” which, upon its publishing in 1907, drew thousands of new visitors to the Branson.

Branson was incorporated on April 1, 1912, having some 1,200 residents. Catering to its newfound tourist industry, other businesses soon emerged, such as a commercial ice plant, a soft drink bottling plant, a candy factory, and an ice cream factory next to the waterfront.

In 1913 construction of the Ozark Beach Dam at Powersite on the White River created Lake Taneycomo. The lake drew bass fisherman by the hundreds, and the area enjoyed increasing tourism due to its ease of accessibility by car or train. Statistics showed an average of 27,000 visitors to Branson during those first summer months.

After World War II craftsmen, artists, and retirees began to come to the area. In the late 1940s, the Hugo Herschend family leased Marvel Cave from the Lynch daughters and began to make improvements. 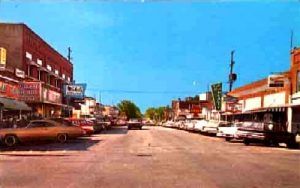 Not everyone could or would make the difficult journey into its depths and waited above ground. Before long, Mrs. Herschend decided that those people should be entertained while they waited. Working with local women, she made arrangements to display their craft-making skills to the waiting tourists. This was the beginning of what would later become Silver Dollar City.

Preparations for the construction of Table Rock Dam began in 1954 and were completed in 1959. In the same year that Table Rock Lake was completed, the Mabes family from Springfield, Missouri, began the Ozarks Jubilee, a music show. Beginning in the basement of Branson City Hall, folding chairs were set up to accommodate fifty people.

Silver Dollar City, so named for the change first given customers, was opened in 1960 by the Herschend family, with a single street of shops and a stagecoach ride. Tourists came in growing numbers to enjoy the big new lake, the Herschends’ 1890’s Silver Dollar City theme park, and the Trimbles’ new outdoor theater at the Shepherd of the Hills Farm. 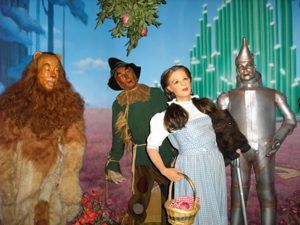 In the late 1960s, another musical family – the Presleys, set up a simple metal building on the road west of Branson and began to entertain the tourists. By the 1970s, motels were going up everywhere, and nationally famous stars moved to Branson following the lead of stars like Roy Clark and Box Car Willie.

Located in the heart of the Ozark Mountains, Branson holds claim to three mountain-fed lakes surrounded by millions of acres of unspoiled mountain wilderness. The pristine natural surrounding brings millions of visitors each year. 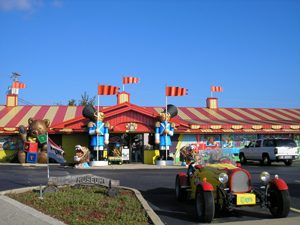