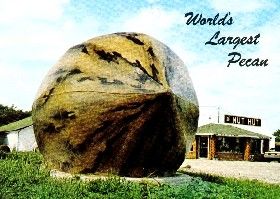 Monument to the Trail of Tears

You Know You’re In Missouri When…

What in the world is a Dental Health Theatre? Is this a place where we might go to see a bicuspid acting as Shakespeare’s Romeo while an incisor, playing the part of Juliet, daintily sips a poisonous potion? Or, shall we expect a row of baby teeth doing a can-can dance dressed in swirling feathered costumes? Perhaps it’s a giant wisdom tooth belting out a baritone aria as spectators weep to the forlorn sound of instrumentals in the background. Or worse! A dental operating theatre where passersby can watch as would-be student dentists learn their skills on unsuspecting patients?

Actually, it’s an educational attraction that serves to teach children and youth of the need for good dental hygiene in a non-threatening and entertaining way. The Dental Health Theatre is the only one of its kind in the world. 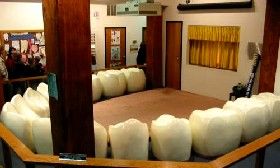 A tooth surrounded stage at the Dental Health Theatre in years past.

The whole thing began when a Chicago dentist had a set of sixteen three-foot-tall illuminated teeth made in the 1970s. However, he soon found himself running out of room in his office and sold them to a St. Louis dentist, who brought them to Missouri. With the help of other dentists in the area, as well as the Dental Auxiliary, a group of dentists’ wives, the Dental Health Theatre was born.

Combining the teeth with a marionette puppet show that the Dental Auxiliary had been presenting to local schools, they soon added two films, a giant toothbrush, and an oversized dental floss to utilize for demonstrations.

The Dental Health Theatre features the a set of 16 three-foot-tall illuminated fiberglass teeth, that serves as the boundary for a stage where puppet shows are given for groups of 15 or more. For smaller groups, you can still see one of two films — “Dudley The Dinosaur Goes to the Dentist” for young children and “The Haunted Mouth” for older children.

The Theatre is now housed in the HealthWorks! Kids Museum in St. Louis 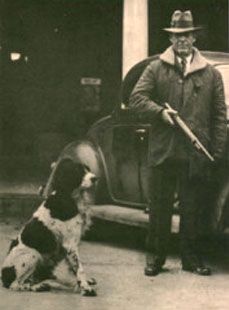 Jim the Wonderdog with his owner, courtesy of Friends of Jim 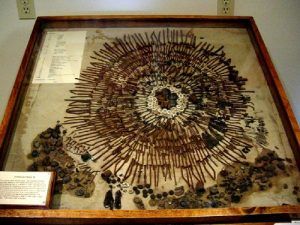