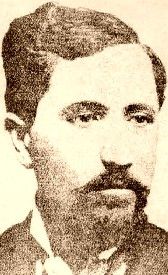 Where there was gold, there were often as many outlaws as there were honest prospectors – men who found it much easier to use a gun rather than a pick and shovel.

Such was the case of Milton Sharp who made his fortune by preying on the many gold and silver laden stages traveling from the Sierra foothills to Sacramento and Stockton in the late 1870s. Thought to have robbed over 20 stages during his outlaw career, Sharp made his first major mistake when he teamed up with an outlaw named W.C. “Bill” Jones, who went by the alias Frank Dow. Jones, who had served a stretch at San Quentin before meeting up with Sharp in Bodie, California, was a dangerous drunk.

Their first robbery could not be considered a monumental success as they took from the Wells Fargo Express only $88 and three watches from the passengers. But this did not stall their enthusiasm, as on their next robbery, they walked away with more than $15,000.

Ranging as far as Carson City, Nevada, Jones and Sharp robbed six stages in less than four months as the tales of their hold-ups marched across the pages of San Francisco newspapers. Adding great interest to the stories were Sharp’s appearance and mannerisms. Not the typical outlaw, Sharp was well dressed and extremely courteous when ordering Wells Fargo guards to throw down the strongbox. Jones, on the other hand, was a full-bearded, beastly looking man, with a deep-pitched voice that frightened both guards and passengers alike. While Jones held the driver and guard at bay, Sharp would line up the passengers and apologetically announce “A thousand pardons for the inconvenience I have caused you, but you see these are the hazards of my profession. We must relieve you of your valuables.”  He was such a gentleman that he sometimes even returned valuables to weeping females. Afterward, he would make a gracious bow, “thanking” them for their kindness, before the pair would make a clean getaway.

No one ever got hurt during these “polite” robberies, at least until the morning of September 5, 1880. Stopping the Wells Fargo Express traveling from Bodie, California to Carson City, Jones fired two shots, killing one of the stage horses. Mike Tovey, the stage guard, returned the fire, killing Dow, who was thought to have been drunk at the time. Sharp then continued with the robbery, leaving Dow’s lifeless body in the road and stage stranded by the dead horse still attached to the team. 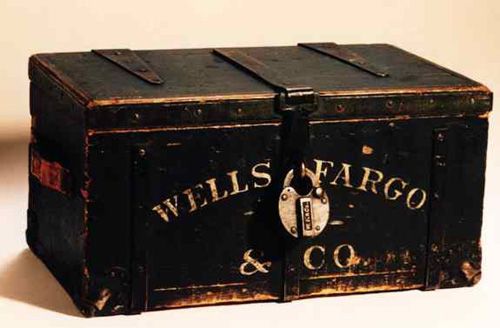 Meanwhile, posters offering a $3,000 reward for Sharp began appearing all over California and Nevada which caused lawmen and bounty hunters alike, to aggressively trail the bandit.

Sharp was finally captured in San Francisco. Waiving extradition, the outlaw was taken back to Aurora, Nevada in chains. Charged with six robberies against Wells Fargo, a lynch mob gathered outside the jail night after night while Sharp awaited trial.  Sharp, who was known to bury his stolen hordes, was questioned intensely regarding their whereabouts, but Sharp refused to talk. In November 1880 when a guard came to check on him, the man had vanished along with a 15-pound iron ball chained to his leg. Having worked a few bricks out of the jail wall, no one had seen him escape.

The award for his arrest was immediately increased to $5,000 and the posses were on him in full force. After being aggressively trailed for several weeks and tired, hungry, and cold, Sharp finally turned himself into the Sheriff at Candelaria, Nevada. Sharp was then returned to Aurora, where he was convicted of five counts of robbery. When he refused to tell where the hidden loot was buried, an unsympathetic judge sentenced him to 20 years in the penitentiary.

Sharp was taken to the state prison in Carson City where he tried to escape several times within the first few months. Finally, he settled down to be a model prisoner and in 1881 attempted to get a pardon, without success. Continuing to look for ways to escape, he finally made it in 1889 and was not heard from in over four years.  He was again apprehended in Red Bluff, California, on October 3, 1893, and returned to prison.

Afterward, he wrote a letter to Wells Fargo giving them a list of names and places where he had worked when he escaped. Believing that Sharp was rehabilitated, Wells Fargo recommended that Sharp’s request for a pardon be granted. On July 10, 1894, Sharp was released and led a law-abiding life for the rest of his life.

Later, tales began to fly that much of Milton Sharp’s ill-gotten loot remained where he had hidden it. In 1910, two brothers by the names of Gus and Will Hess were searching for Sharp’s hidden loot in the hills of Bodie and Lundy, where they found small amounts. It is estimated that 70 percent of the stolen gold has never been recovered and remains buried along the old stage roads around Aurora, Nevada, and Bodie, California.