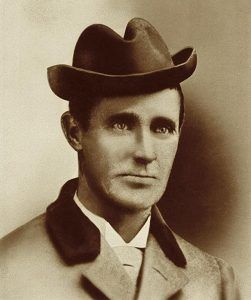 The McCarty Gang was a group of outlaws run by Tom McCarty, a Mormon bandit who was one of the first to introduce Butch Cassidy to the life of banditry.

Tom McCarty and younger brother Bill began to rustle cattle in the 1870s, but by the 1890s, they formed the McCarty Gang and stepped up to robbing banks. In addition to Tom and Bill McCarty, the gang also included Tom’s brother-in-law, Willard Christianson, aka, Matt Warner, and Bill’s son, Fred.

The gang’s first hit was the Wallowa National Bank in Enterprise, Oregon, in 1891. This was followed by another hold-up at Summerville, Oregon, and a failed attempt to rob a train. Then, in 1892, his brother, Bill, and brother-in-law, Matt Warner, held up a bank in Roslyn, Washington. When an angry crowd approached them, Tom opened fire, wounding two men.

The next year, the McCarty brothers, along with their nephew, Fred McCarty, robbed a bank in Delta, Colorado, in which Tom shot a killed the cashier, A.T. Blachey. When citizens heard the gunfire, they rushed to the bank and shot and killed Tom’s brother, Bill, and his nephew, Fred. Tom McCarty escaped and fled to Montana, where he settled down and worked as a sheepherder. However, around 1900, he was killed in a gunfight in Bitterroot County.

Willard Christianson also settled down in Utah and died a natural death on December 21, 1938, at the age of 74. 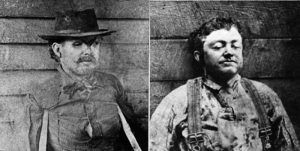