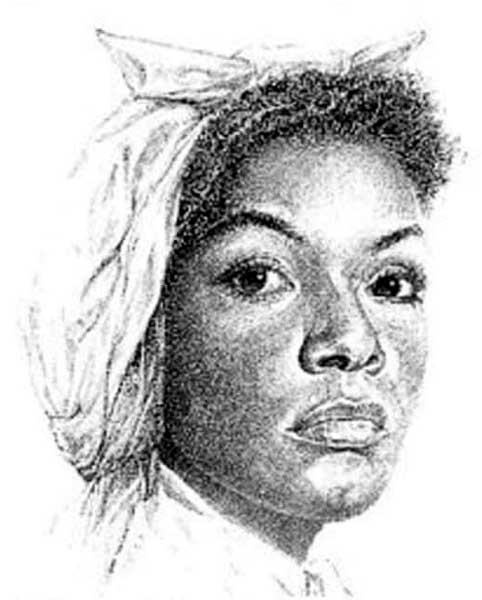 Mary Bowser, also known as Mary Jane Richards, was a former slave who operated as a Union spy during the Civil War.

Born as a slave in about 1839 on John Van Lew’s plantation in Richmond, Virginia, Mary remained as such until Mr. Van Lew died in 1843. At that time, Mrs. Van Lew and her daughter, Elizabeth, freed all of their slaves, in addition to buying members of their slave families from other owners and freeing them as well. Elizabeth Van Lew, an outspoken abolitionist, soon arranged for Mary to be educated in Philadelphia, Pennsylvania. However, when tensions increased between the North and South, Mary returned to the Van Lew household, where she worked as a servant. Soon thereafter, she married a free Black man named Wilson Bowser.

Despite her abolitionist sentiments, Elizabeth Van Lew was a prominent figure in Richmond, though secretly she was regularly sending reports to Union officials about activities in the South. To further her cause, she recommended Mary for a position in Jefferson Davis‘ household, where Bowser would become a prominent Union spy. Household members and guests assumed that she was an illiterate slave and therefore spoke openly in front of her about battle strategies and often left important papers lying about that Bowser would read. The information was quickly passed to Union informers which ultimately led to the Confederate defeat.

When the war was over Mary worked as a teacher to former slaves in Richmond.

Unfortunately, what happened to Mary Bowser after the war is unknown, including the date and details of her death. Using the name Mary J. Richards, she founded a freedmen’s school in St. Marys, Georgia, in early 1867 and taught both children and adults herself.

Afterward, there are no further records of her.