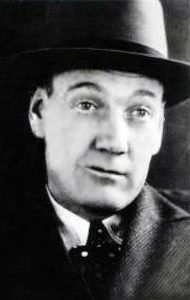 Joseph P. Moran was a physician known for treating Depression-era gangsters and a peripheral member of the Barker-Karpis Gang.

Moran was an Illinois native who briefly operated a successful medical practice after graduating from medical school. However, Moran was a severe alcoholic and soon drove most of his business away. He then moved on to performing illegal abortions, making several contacts in the Chicago underworld. He was eventually caught and sent to prison. After he was paroled, he was appointed as the official physician of the Chicago Teamsters, Chauffeurs, Warehousemen, and Helpers Union despite his alcoholism. He also became the emergency care physician for much of the Chicago underworld. Stitching cuts and removing bullets from wounded gangsters, he soon began practicing plastic surgery on outlaws to change their faces and remove their fingerprints. It was in this capacity that he became associated with the Barker-Karpis Gang. In March 1933, the doctor performed plastic surgery on gang members Fred Barker and Alvin Karpis for a fee. His removal of Karpis’ fingerprints was so successful that the gangster later had trouble obtaining a passport. However, his facial work was deemed judged a dismal and painful failure. He was most likely the last doctor to see or treat the mortally wounded John Dillinger.

When the Barker Gang kidnapped and ransomed Minnesota banker Edward J. Bremer in 1934, he helped the gang to launder the money through his practice in Chicago. However, some six months later, while drinking with the gang in Ohio, he drunkenly bragged about the power he held over them, saying, “I have you guys in the palm of my hand.” Very soon afterward, Moran disappeared. The following year in September 1935, a badly decomposed body washed up on the shores of Crystal Beach, Ontario, without its hands and feet. The FBI later identified the body through dental records as Moran’s.

He was thought to have been murdered by Alvis Karpis and Fred Barker.