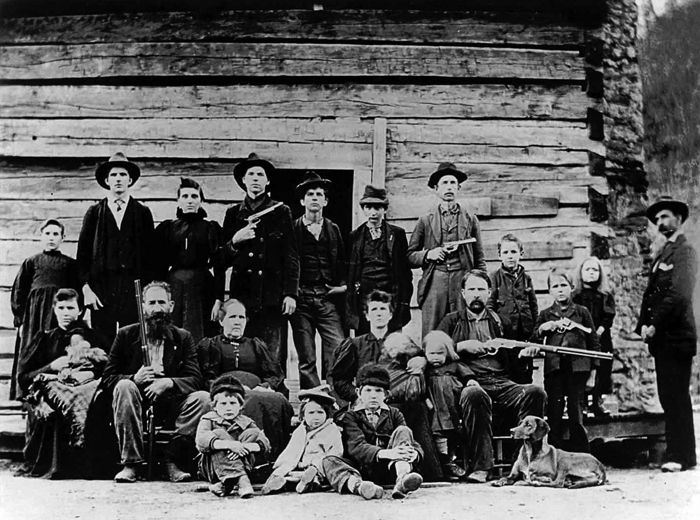 Having its roots in the Civil War, the feud between the Hatfield and McCoy families took place in the Appalachian Mountains along the West Virginia–Kentucky border area between 1863 and 1891. The bitter feud attracted nationwide attention, ignited generations of bitter grudges and resentment, and included not only police intervention but also that of governors and the Supreme Court.

The Hatfields of West Virginia were led by William Anderson “Devil Anse” Hatfield, who lived on the West Virginia side of Tug Fork, a tributary of the Big Sandy River in present-day Mingo County (formerly part of Logan County). The Hatfields were more affluent than the McCoys and were well-connected politically. Devil Anse Hatfield’s timbering operation was the source of wealth for his family, and he employed dozens of men, including some of the McCoys. 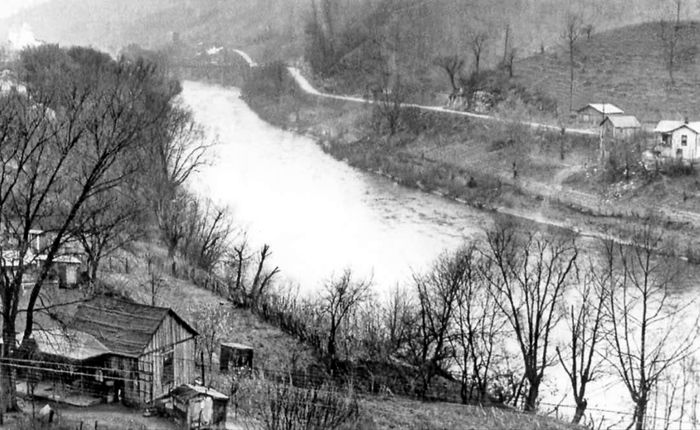 Tug Fork of the Big Sandy River between  Kentucky and West Virginia.

The McCoys of Kentucky were under the leadership of Randolph “Ole Ran’l” McCoy and lived in Pike County on the other side of Tug Fork. The McCoys were a lower to middle-class family, but Randolph owned a 300-acre farm and livestock.

Both families were involved in manufacturing and selling illegal moonshine and had complex kinship and social networks. Family loyalty was often determined by blood, employment, and proximity. Both groups fought with the Confederates during the Civil War. However, there was one exception. Asa Harmon McCoy, Randolph’s brother, fought for the Union in Pike County Home Guards. Because of this, Asa was seen as a “traitor” by many people in the area, including members of his own family. 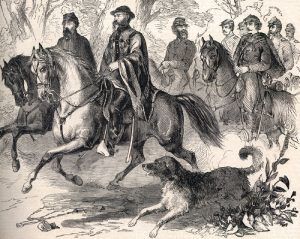 William “Devil Anse” Hatfield and Randolph McCoy were part of the Confederate Home Guards called the Logan Wildcats during the war. In the fall of 1863, multiple Union guerilla attacks were made by the Kentucky Home Guard on the West Virginia side of the Tug River that was instigated by William H. Francis, Jr. “Bill France.” As a result, the Logan Wildcats surrounded Francis’ home in Pike County, Kentucky, and Devil Anse killed him. Asa H. McCoy was a friend and a neighbor of William Francis.

Asa McCoy was released early from the Army in December 1864 because he had a broken leg and returned to Kentucky. He returned home to a warning from Jim Vance, the uncle of Devil Anse Hatfield, that he could expect a visit from the Logan Wildcats. When Asa heard gunshots as he drew water from his well, he hid in a nearby cave, but the Wildcats followed him there and shot him on January 7, 1865. Devil Anse Hatfield was a suspect at first but was later confirmed to have been sick at home at the time of the murder. It was then widely believed that his uncle, Jim Vance, had committed the murder. 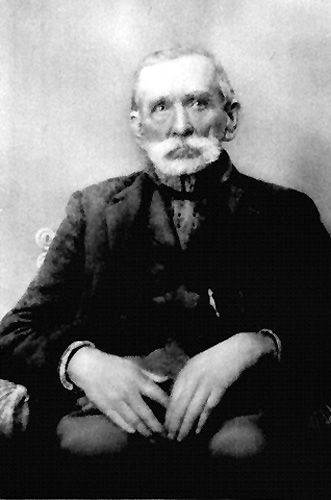 Afterward, relations between the two families declined. It came to a head again in 1878 when Randolph McCoy accused Floyd Hatfield, a cousin of Devil Anse, of stealing one of his pigs. When Floyd Hatfield was tried for the theft, none other than Justice of the Peace Anderson “Preacher Anse” Hatfield, a cousin of Devil Anse, presided. The hearing hinged on the testimony of one witness named Bill Staton, who testified in Floyd Hatfield’s favor. When the charges against Floyd were dropped, the McCoys were infuriated.

Two years later, Bill Staton was violently killed in a dispute with Sam and Paris McCoy, nephews of Randolph, on June 18, 1880. Sam stood trial for the murder but was acquitted for self-defense.

Just a few months later, at a local election day gathering in 1880, Johnse Hatfield, the 18-year-old son of Devil Anse, met Roseanna McCoy, Randolph’s daughter. The pair instantly hit it off and disappeared for hours with each other in the coming months. Because her father adamantly disapproved, Roseanna fled to West Virginia to be with Johnse. She was soon followed by a McCoy posse who arrived at the Hatfield home and arrested Johnse on outstanding Kentucky bootlegging warrants. Devil Anse then gathered his own crew to cut off the McCoys and rescue his son.

Afterward, the couple remained apart, but Roseanna was pregnant. Both families refused to allow them to marry. She gave birth to a daughter, Sarah Elizabeth McCoy, in the spring of 1881. But, Johnse had already moved on and married Nancy McCoy, the daughter of Asa Harmon McCoy and Roseanna’s cousin, in May 1881. 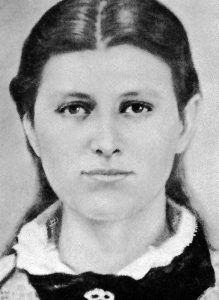 Roseanna’s father would not accept her or the baby and refused to speak to her. Her mother then arranged for Roseanna to live with her Aunt Betty in nearby Springville, Kentucky. Baby Sarah died at the age of eight months from measles. Afterward, Roseanna was said to have been heartbroken and never emotionally recovered. She died at the age of 29.

This affair further soured the relationship between the two families, but it was far from over. On August 5, 1882, at another election day event in Kentucky, three of Randolph McCoy’s sons, Tolbert, Pharmer, and Bud got into a violent dispute with two brothers of Devil Anse. In the melee, one of the McCoy brothers stabbed Ellison Hatfield multiple times and then shot him in the back. The McCoys then fled but were soon apprehended by the authorities. However, the Hatfields intercepted the constables and took the McCoy brothers by force before they reached Pikeville. The brothers were then taken to West Virginia to await the fate of the mortally wounded Ellison Hatfield. When Ellison died, the brothers were tied to pawpaw bushes, where each was shot numerous times, with a total of 50 shots fired.

The authorities soon indicted 20 men, including Devil Anse and his sons, for the deaths of the McCoy brothers. Despite the charges, the Hatfields eluded arrest, leaving the McCoys infuriated. 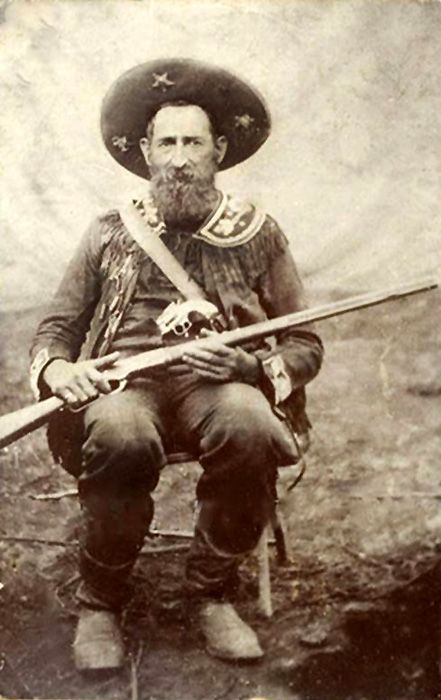 Their cause was taken up by Perry Cline, an attorney who had married Martha McCoy, the widow of Randolph’s brother, Asa Harmon McCoy. In addition to being part of the McCoy family, Cline had a personal vendetta against Devil Anse, as he had lost a lawsuit against him over the deed for thousands of acres of land to him years earlier. Using his political connections, Cline announced rewards for the arrest of the Hatfields, including Devil Anse.

In 1886, Jeff McCoy killed a mail carrier named Fred Wolford, and the acting constable that went after him was Cap Hatfield. Cap and a friend named Tom Wallace shot McCoy when they found him on the banks of Tug River. Tom Wallace was found dead in the spring of 1887. 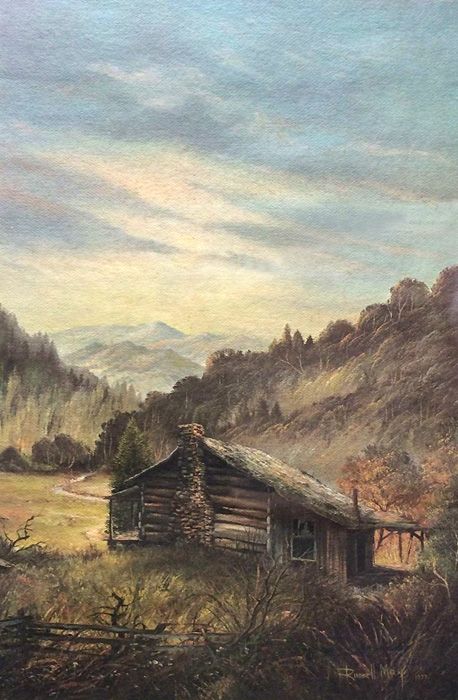 McCoy Home in Kentucky by Russell May 1977

On January 1, 1888, the Hatfields planned to end the feud once and for all when they surrounded and opened fire on the Randolph McCoy home. Led by Cap Hatfield, Devil Anse’s son, and Jim Vance, the house was set on fire to drive Randolph McCoy into the open. Randolph McCoy and some of his family members escaped to the woods, but his son, Calvin, and daughter, Alifair, were killed in the crossfire. His wife, Sarah, was left badly beaten by the Hatfields and suffered a crushed skull. The house burned to the ground.

A few days after what became known as the New Year’s Massacre, Kentucky Governor Simon Buckner sent special officer Frank Phillips and 38 men to arrest the nearly 20 men and put out a special reward that brought in more bounty hunters to go after the Hatfields.

Frank Phillips and a member of his posse soon tracked down Jim Vance and Cap Hatfield. Vance was killed when he refused to be arrested on January 10, 1988. Philips then made other successive raids on Hatfield homes and supporters and captured three more men. 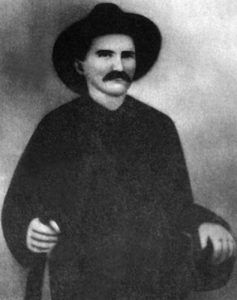 Afterward, the Hatfields, led by Devil Anse, prepared for one last major offensive against the McCoys. When Frank Phillips heard about the Hatfields’ preparations for war, he rounded up every able man he could and led his posse to intercept them. On January 19, Phillips’ group met the Hatfields on the West Virginia side of the Tug Fork River as they were en route, and the two groups exchanged gunfire. Known as the Battle of Grapevine Creek, the Hatfields suffered multiple casualties and retreated. Two Hatfield supporters were killed, and a deputy, Bill Dempsey, was executed by Frank Phillips after they surrendered. The rest who didn’t escape were arrested.

Years of legal wranglings unfolded as a series of courts judged the legal merits of the Hatfield case. The main issue was that the West Virginia men had allegedly been illegally extradited across state lines. Eventually, the case went to the U.S. Supreme Court, which decided that the Hatfields held in custody in Kentucky could be tried.

The Hatfield prisoners were then put on trial in 1889 for the various crimes they had committed during the feud, mainly the murder of Randall McCoy’s sons for killing Ellison Hatfield and the killing of one of his daughters during the New Year’s Massacre. In the end, eight Hatfields were found guilty and sentenced to life in prison, except for Cottontop Ellison Mounts. He was sentenced to death for having killed Randall McCoy’s daughter, Alifair. 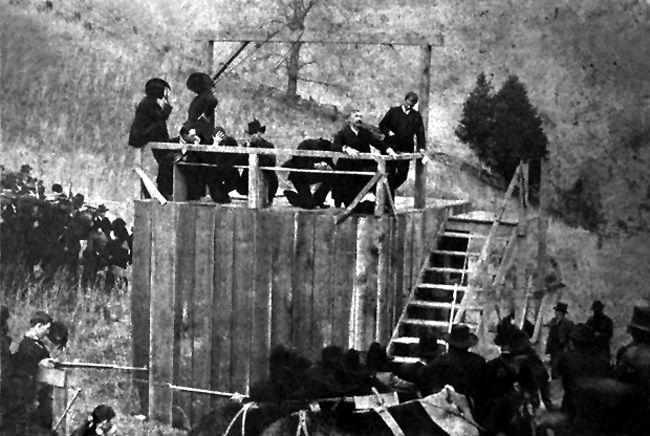 Mounts was mentally challenged, and many people viewed him as a scapegoat even though he had confessed his guilt. Although public executions were against the law in Kentucky, thousands of spectators gathered to witness his hanging on February 18, 1890. Reports claim that his last words were: “They made me do it! The Hatfields made me do it!”

Between 1880 and 1888, more than a dozen people from the two families died, and at least ten were wounded. At one point, it got so bad that the governors of West Virginia and Kentucky even threatened to have their militias invade each other’s states. 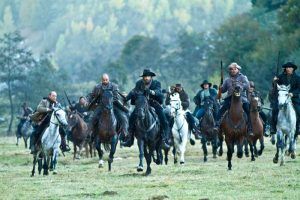 Fighting between the families eased following the hanging of Mounts. Trials continued for years until the 1901 trial of Johnse Hatfield, the last of the feud trials.

With the feud officially over, Randolph McCoy became a ferry operator and died in 1914 at the age of 88 from burns suffered in an accidental fire. He is buried in the Dils Cemetery in Pikeville, Kentucky.

Devil Anse Hatfield, who had long proclaimed his skepticism about religion, was “born again” and baptized for the first time at age 73. He went on to found a Church of Christ congregation in West Virginia. He died of pneumonia on January 6, 1921, in Stirrat, West Virginia, at the age of 81 and was buried in the Hatfield Family Cemetery along West Virginia Route 44 in southern Logan County.

For years afterward, the feud entered American folklore, and its tales were told in books, magazines, movies, and television programs.

It continues to fascinate people today, and tourists travel to parts of West Virginia and Kentucky to see the areas and historic sites that remain from the days of the feud. In 1999, a large project, known as the “Hatfield and McCoy Historic Site Restoration,” was completed, and today the Hatfield–McCoy Feud Driving Tour is available. This is a self-guided tour that includes all of the sites of the feud, both in Kentucky and West Virginia. Visitors are provided a free Hatfield and McCoy Driving Tour brochure, which features step-by-step instructions for finding each feud site open to the public. 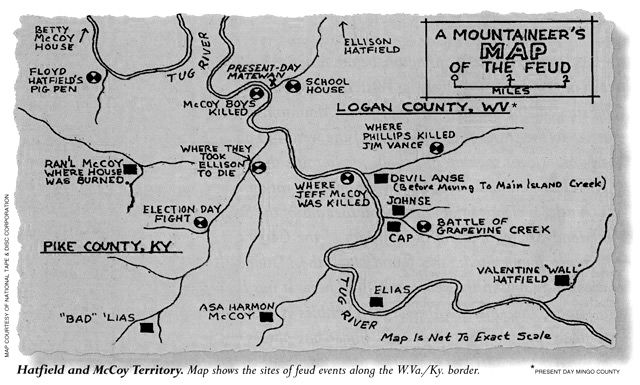