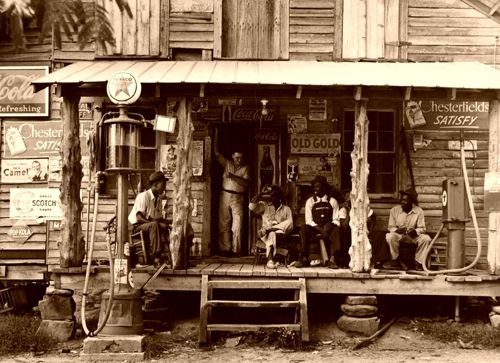 Every state has ghost towns. Eastern and Midwestern States are no exception. At one time or another, you may have driven your car right by a ghost town, not aware of it. If you are a hiker, backpacker, or a hunter, you may have walked past or through a ghost town not knowing one was there.

When people hear the words “ghost town”, they associate the term with the old, abandoned towns of the Western frontier. Many of those settlements are still standing, but in the Eastern states, the majority of old towns from the 1800s to the early part of the 1900s are no longer visible. And it is because they are no longer visible, that makes them virtually unknown.

Another reason why people are not aware that ghost towns exist in the east is because historians and writers have overlooked them.

The excitement that surrounds the ghost towns in the Midwest and the East, becomes even more interesting because they are more difficult to locate. And the difficulty of locating these ghost towns makes them more of a mystery.

My travels as a treasure hunter have taken me to many Eastern ghost towns. I have hiked through miles of brush, crossed hundreds of streams and rivers and climbed steep ravines in search of the old towns of the east.

Anyone who is interested in American History should take the time to research and to explore the settlements that once populated our rural areas. It’s a great adventure and an interesting way to spend time outdoors.

Cellar Holes – In the Eastern and Midwestern States, most of the ghost towns are nothing more than a hole in the ground. The holes are cellar holes. They are what’s left of the houses that once sat on top of them.

Searching for cellar holes or ghost towns is an exciting adventure that can lead to some interesting experiences and treasures. Many times, in the areas surrounding the ghost towns, are pieces of history, lying on the ground, untouched for hundreds of years. Old bottles and pottery shards often lay scattered. I also use a metal detector to search for relics lost or buried by the past inhabitants.

The First Pioneers – The first pioneers were a hardy bunch. They had to deal with harsh winter months and hot, humid summers. In addition, wild animals and infectious diseases were a constant problem. Of course, there was no running water or electricity either. Everything was done by hand, including digging the cellars for the homes.

Nor was raising a family easy. Many young babies and children died of disease. This is confirmed by the fact that as I locate old cellar holes, I often stumble upon an old tombstone erected on the property by the family, and often the grave is the burial site of a young child. I have a lot of respect for those pioneers.

How To Find Eastern Ghost Towns – Ghost towns existed as a small town or village. They were probably the first settlement of an area. Today they are holes in the ground, covered and hidden by hundreds of years of vegetation. Time, weather and man, have all played their parts in the ruins of the old towns of the Eastern and Midwestern States.

Start by browsing used bookstores. Look for old books in the local history sections. Oftentimes by reading through an old book about an area, you can gather information about an old town.

Libraries – The history sections of your local libraries are another great place to search for the old settlements.

The Internet – A great tool for research now is the Internet. Researching ghost towns on the Internet is no different. For a recent television series I produced, the Internet and my computer provided valuable information for my search of a ghost town.

About the Author: Frank W. Pandozzi is an author, TV Producer and well-known treasure hunter. He began his “treasure hunting” days twenty-five years ago metal detecting parks and schoolyards. Today Frank Pandozzi is the Producer and the host of Exploring Historys Treasures TV series. He is married and has one son. 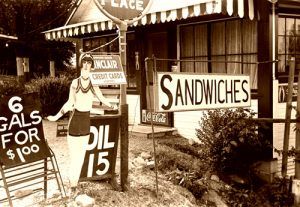 A roadside Inn in Ohio