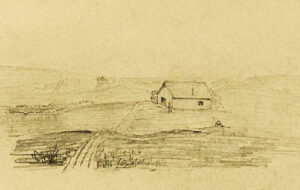 Situated on the Smoky Hill Trail to the Colorado goldfields in 1860, it was named for Downer’s Creek.

In 1865, a stage station was established for the Butterfield Overland Despatch. It was named for James P. Downer, a Civil War veteran and a party member that initially surveyed the Smoky Hill Trail.

In 1866, Indians massacred many area residents, and the following year, in May 1867, the location was fortified and became a military post called Fort Downer. That same year, the post was used by George A. Custer as a base for Indian Operations. It was also burned in an Indian attack that year. It was abandoned in May 1868.

The fort was located south of WaKeeney, Kansas about 50 miles west of Fort Hays. 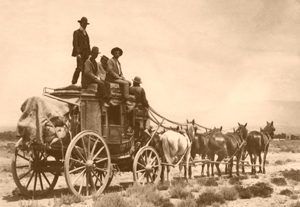