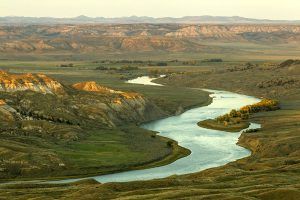 In July 1866 the U.S. Army established Camp Cooke on the Missouri River, just upstream from the mouth of the Judith River to protect local settlers from Indian raids. A short time later, steamboat entrepreneur and trader Thomas C. Power built a small trading post near the camp to supply goods and services to the soldiers. The post was named Fort Claggett in honor of William Claggett, one of Montana Territory’s most respected politicians and capitalists. Powers also operated the commissary at Camp Cooke.

After Camp Cooke closed in 1870, Power bought the remnants from the government. In June 1872, he moved and built a second Fort Claggett east of the Judith River. Strategically located near a river ford, the fort obtained supplies from steamboats plying the Missouri River and shipped out beaver pelts, buffalo hides, and cattle. A post office, named Clagett, was established on June 14, 1872, with Abel Quaintance serving as the first postmaster. By 1884, a road through the area was blazed and called the Claggett Trail, which was heavily used by freighters, cowboys, businessmen, Indians, and miners seeking their fortunes in the nearby Judith Mountains.

Clagett was a fort in name only as it was used exclusively as an Indian trading post. There was at first a partial stockade around the post but by 1878 it was not necessary. The post office was discontinued on November 4, 1878. Afterward, the name of the place was changed to Judith Landing. 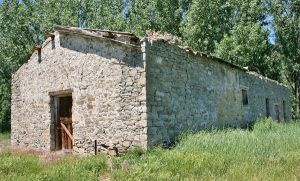 In about 1880, a stone warehouse was built on the bank of the Judith River and was the center of trade for the ranchers and stockmen. Although built by T.C. Power & Bro., it was run by Bill Norris. They also built a ferry across the Missouri River, in 1880. It was referred to as the PN Ferry and/or the  Judith Ferry. It operated until 1908.

In the mid-1880s, Thomas Power and Gilman Norris formed the Judith Mercantile and Cattle Company with its headquarters at Fort Claggett. This was the beginning of the Power-Norris or P.N. Ranch. At its peak in the late 1880s, Fort Claggett consisted of a store, hotel, saloon, warehouse, mail station, stables and sheep sheds.

Until the 1890s, Judith Landing was used as a mercantile establishment and shipping point on the river. The ranchers would take their produce and wool here and T. C. Power would buy it or ship it on the steamboats. 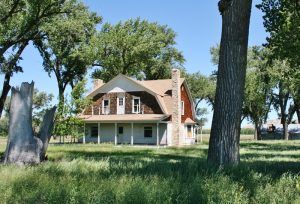 Over the years the PN Ranch would change hands several times and grow to be almost 50,000 acres. It was sold in 2016 to the American Prairie Reserve, a non-profit organization, which seeks to preserve the rich grasslands and wildlife of Montana’s Great Plains. Though the property was listed at $21,500,000, the sale price is unknown. The property included a large two-story house built in 1880, the mostly-intact remnants of the commissary, a stone warehouse, and a log schoolhouse.

The location of Fort Clagett was about two or three blocks south of the present stone warehouse building, which was used for years as a horse barn at the PN Ranch.

The PN Ranch is located upstream from the public access site at river mile 86 and downstream to river mile 89.