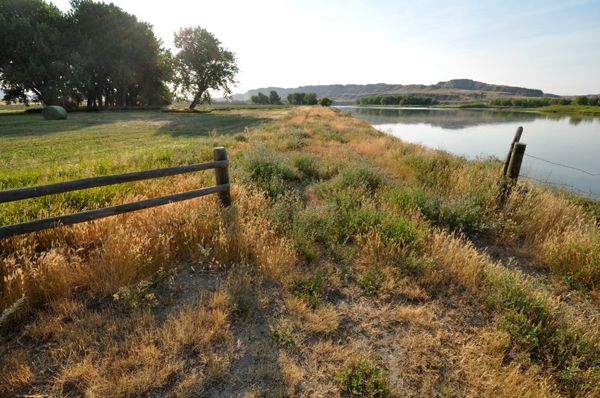 Judith Landing, a recreation area, located on the Upper Missouri National Wild and Scenic River in Montana, has a long history of early exploration.

It was placed on the National Register of Historic Places as a Historic District in 1975. Among the many events identified within this Historic District, located between River Miles  84.5 – 92.8 are:

Today, the recreation area, managed by the Bureau of Land Management, provides a campground and is a common take-out point for many boaters along the Missouri River. Judith Landing is located on Montana Highway 236, where the highway crosses the Missouri River, 44 miles south of Big Sandy and 23 miles north of Winifred.