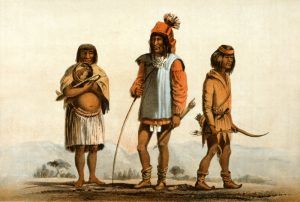 Chemehuevi Indians of the Colorado River Region in 1861

The Chemehuevi people, a branch of the Southern Paiute tribe, were nomadic residents of the Mojave Desert’s mountains and canyons and the Colorado River shoreline in Arizona and Colorado for thousands of years. Chemehuevi is a Mojave term meaning “those that play with fish, but the people have long called themselves Nuwu, meaning “people.”

When or how they acquired possession of what appears to have been Yuman territory is not known. Their number was estimated to be about 1,500 in the mid-1800s, and in 1853, they lost their traditional lands when they were declared public domain by the U.S. government. Hostilities with the neighboring Mojave Indians then scattered the people, which only numbered a few hundred people by that time. By 1885 they had reunited in the Chemehuevi Valley, and by the early 20th century, they numbered about 300.

Federal authorities established the Chemehuevi Valley Reservation in 1907, which protected some 36,000 acres of Chemehuevi homeland. However, the tribal members soon made a choice the relocate to the Parker, California area, and their status as a tribe was removed.

In 1929, the Metropolitan Water District was formed, and in 1935, Congress authorized the acquisition of as much of the reservation as necessary for the Parker Dam Project. In 1940, the flood gates were closed, and nearly 8,000 acres of their traditional lands were drowned. At this time, the tribe began a persistent desire for Federal recognition. The struggle for recognition continued until June 5, 1970.

The Chemehuevi reservation today encompasses approximately 32,000 acres, including 30 miles of the Colorado River. It includes more than 700 members of the Chemehuevi tribe. 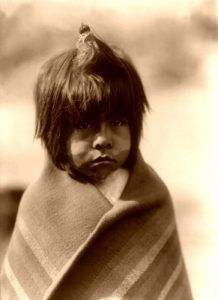