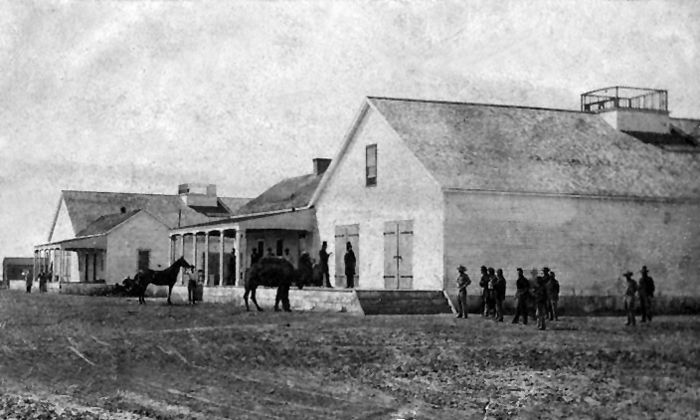 Though many do not realize that California was involved in the Civil War, the Drum Barracks played an important part in the conflict. Originally, the Drum Barracks, a five company post was established in January 1862 and called Camp San Pedro. In December 1863, the post’s name was changed to Camp Drum, in honor of Lieutenant Colonel Richard Drum, assistant adjutant general of the Department of California. It soon took on the name of the Drum Barracks.

At the time, the government was unsure as to whether California would declare itself for the north or the south, as the state was about equally divided in its sympathies. In particular, the southern half of the state, especially around Los Angeles were pro-secession, leading the government to determine it needed a presence in the area.

The post was ostensibly built to have his troops fight the Indians, but there weren’t any Indians to fight in the area. Spending more than a million dollars to build the post, an extremely large amount at the time, the buildings, completed in 1863, were very elegant and area locals were very impressed. Situated on 60 acres of land with an additional 37 acres located near the harbor, the post was built to house some 500 soldiers and stables for up to 300 horses. Situated around a large central parade ground, were the hospital, barracks and laundress’ quarters.

The post quickly became the main staging, training and supply base for military operations in the Southwest. Throughout the Civil War, some 17,000 Californians came through the barracks on their way back east to fight for the Union. 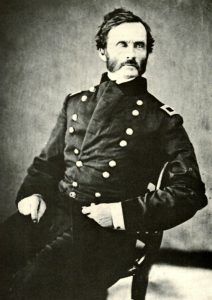 After the Civil War was won by the Union, Camp Drum continued to maintain a presence, with its soldiers sent to fight in the southwest during the Indian Wars.

The post was finally decommissioned in November 1871, but the hospital, which was then considered as the best-equipped medical facility west of the Mississippi River, continued to serve wounded soldiers for another two years.

After the hospital closed, the land reverted back to the original owner and the buildings were auctioned off for a total of $6,357.00. Though some were moved, others stayed in place, including the junior officer’s quarters which, throughout the years, was used as a high school, a private residence, and a boarding house.

By the early 1960s, the only buildings left were the powder magazine and the junior officer’s quarters, which was slated to be razed in 1962. However, through the efforts of community groups, it was saved. 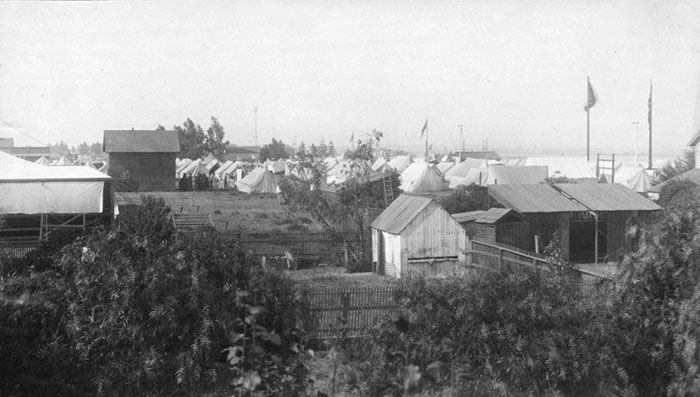 In 1987, the restored building was opened to the public as the Drum Barracks Civil War Museum. The building, located in Wilmington, California, a district of the city of Los Angeles near the Port of Los Angeles, is the only major American Civil War landmark in Southern California. Today the museum commemorates California’s contribution to the Civil War and holds a number of reenactments and events throughout the year. The old powder magazine also still stands, located at the corner of Opp and Eubank streets.

If the history of the Drum Barracks is not exciting enough, legend has it that the old building is the site of repeated paranormal activity. Over the years, museum staff and visitors have often reported hearing unexplainable noises, the sounds of chains being dragged, and footsteps throughout the building when no one is present.

More reports claim to have seen a woman, who they call “Maria,” often making an appearance in a Hoop Skirt and smelling strongly of lavender and violet perfume. Others claim to have seen the apparition of a man dressed in an 1800’s officer’s uniform, who evidently smokes a pipe, as the sent of pipe smoke is often smelled throughout the museum.

The most active room is the Model Room, where many have encountered the tobacco and perfume odors, as well as hearing items being moved around and footsteps approaching them from behind.

The Drum Barracks’ hauntings have been featured in books and television shows. 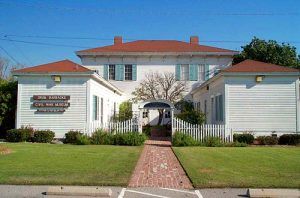